Both St. Louis and New York are starting pitchers who struggled early, so our best MLB prop bets for Wednesday features some first-inning fireworks at Citi Field — as well as a Cy Young hopeful still rolling and the Twins continuing to, well, Twin.

It’s do-or-die time in the MLB which means a lot is riding on every pitch from here until October. This article will try to find some of MLB’s best props and side bets for today — which is a busy one with 15 games on the MLB slate from 1:05 p.m. ET right until 10:10 p.m.

Today, we’re looking at a potential Cy Young winner, fading a team that is coasting to the finish line, and getting quick and dirty money at Citi Field.

Check out our favorite MLB free prop bets and predictions for Wednesday, September 15.

The Blue Jays are riding one hell of a heater and will throw their ace, and Cy Young hopeful, Robbie Ray to the mound Wednesday afternoon against Tampa Bay. Ray is a tight +150 to Gerrit Cole’s -130 to win the AL Cy Young and we know that the Jays will want the tight-trousered tosser to pick up some hardware this year.

Ray is coming off his shortest start since mid-June and is in a great bounce-back spot now that he isn’t in Camden Yards — where he believed the Orioles knew his slider was coming. Instead, he’ll take on the Rays at the Rogers Centre, where he has a 1.33 ERA across six starts while striking out 54 over 40 2-3 innings.

The lefty has also been just as dominant versus Tampa Bay this year with a 2.00 ERA over four starts. As a team, the Rays are hitting just .170 with a .580 OPS against the other Ray.

The swing-and-miss stuff has also been coming in bunches of late, as Toronto's top southpaw has 63 punchouts over his last 40 innings and has logged at least eight strikeouts in each of his last six starts.

The Mets and Cardinals will wrap up their series Wednesday as Jon Lester and Tylor Megill face off.

Lester looks like a great pitcher to fade during his final starts of 2021, as the veteran lefty has been pitching decently over the last 30 days but has thrown twice as many innings as he did last year and pitched to a 5.54 ERA in the first half.

The Mets’ offense has awoken slightly in the latter days of the season and could get on Lester early, as opposing batters have a .935 OPS against him over his first 25 pitches of a start — plus Lester owns a 7.12 ERA in the first inning this year.

Megill owns a respectable 4.06 ERA in what is his rookie season but he's been fading a bit down the stretch. Over his last five games, the right-hander has a 5.54 ERA and allowed eight homers in 29 August innings.

Megill has struggled to get the top of the order out, as opposing No. 1 and No. 2 batters have an incredible 1.093 OPS versus the Mets’ pitcher this year and are hitting .388.

Like Lester, it also takes Megill some time to get going as hitters have a .867 OPS versus him over his first 25 pitches.

We’re getting quick and dirty on Wednesday and looking for a single run in the first inning between a pair of pitchers who have not been great in the first frame.

It took a while but Cleveland’s Cal Quantrill finally figured out the Minnesota lineup. Quantrill has been one of the hottest pitchers in baseball of late, having pitched to a 1.42 ERA in six August starts, but sadly for the 26-year-old Canadian pitcher, the Twins always had his number.

That was until last Friday’s dominant outing versus today’s opponent, where Quantrill went 7 2-3 innings, throwing a one-run four-hitter.

The Twins had previously tagged the Cleveland righty for nine runs over 9 1-3 innings across two starts. Baseball is a game of adjustments and it looks like the former Padres’ first-round pick has made his against a familiar divisional opponent.

Minnesota heads into Wednesday night's start having scored the fifth-fewest runs in baseball over the last 30 days as its disappointing season — which will likely finish with the Twins dead-last in the AL Central — can’t end soon enough.

It’s a hot pitcher versus a cold offense — and we’re hitting the Under on Minnesota’s team total because of it. 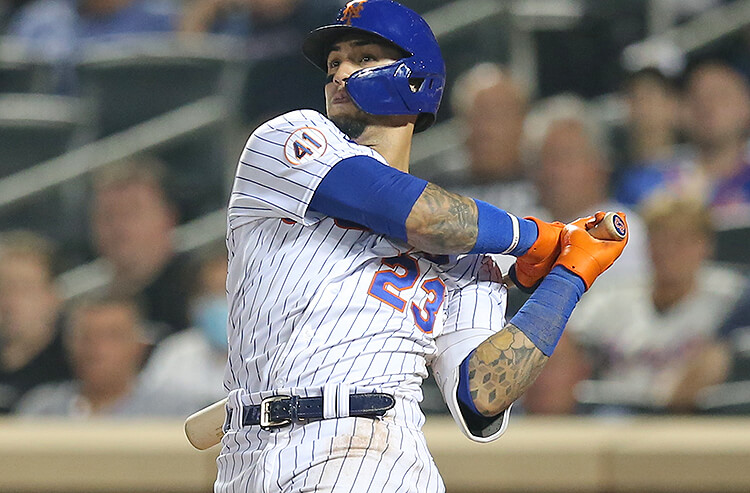