Padres vs Giants Picks and Predictions: Back MLB's Best at a Great Price

San Francisco didn't ease up after clinching a playoff spot as it took down San Diego 6-1 on Tuesday night. The Padres have dropped five straight and their offense is a mess, which is why we're backing San Fran. Read more in our Padres vs. Giants picks.

The San Francisco Giants were the first MLB team to clinch a postseason spot on Monday night but they didn’t take the night off yesterday and kept rolling against the San Diego Padres.

The Padres have now lost five in a row and are battling for their playoff lives, and if they want to earn a split in this series with the Giants they need to start with a win today as they hand the ball to the reliable Joe Musgrove.

Find out with our free MLB betting picks and predictions for Padres vs. Giants on Wednesday, September 15.

Joe Musgrove (10-9, 2.93 ERA): While the Padres have been struggling, you can’t blame Musgrove for that. The right-hander has recorded a quality start seven times in his last nine turns through the rotation, and they’ll need another one of those tonight against the Giants.

Dominic Leone (3-3, 1.41 ERA): Leone will serve as an opener in what should be a bullpen game for the Giants. This will be the fourth time Leone has opened for San Francisco in September. In those three games, Leone has pitched five scoreless innings, allowing just one hit.

The Giants are 5-1 in their last six meetings against the Padres. Find more MLB betting trends for Padres vs. Giants.

After punching their ticket to the postseason, the Giants followed up with a 6-1 win last night. The victory was the sixth in the Giants' last eight games and they've now taken five of their last six from the Padres.

San Francisco will go with a bullpen game for this matchup, which isn’t a bad thing for the Giants. San Fran leads MLB in bullpen ERA and WHIP and is second in opponent batting average. And it will start this one strong as Leone has been fantastic this year.

The veteran right-hander has found his fit with the Giants, pitching to a 1.41 ERA, a 1.03 WHIP, and is limiting opponents to a .169 batting average.

Leone and those relievers will face a Padres lineup that just hasn’t been the same since the All-Star break. San Diego ranks a shockingly low 27th in batting average and 26th in scoring in the second half.

While Musgrove has been a reliable starter for the Padres, the Giants have as deep a lineup as any team in the bigs. As a result, San Francisco ranks eighth in scoring, seventh in batting average, fourth in OPS, and third in home runs.

All things considered, this is a really good price to back the Giants.

A quick look at the total and it seems a touch too high for this matchup. Maybe it’s this high because it’s a bullpen game for the Giants, but we’ve already noted how good this group is, going against a struggling Padres offense that has plated just six total runs over its last five games.

Meanwhile, Musgrove will do his best to keep his team in this one. The right-hander is pitching to a 2.56 ERA, a 1.08 WHIP, and is limiting opponents to a .211 batting average over his last nine starts. He's also backed by a strong bullpen that ranks fourth in MLB in ERA and WHIP.

With the Padres' struggling offense and the potential of another strong start from Musgrove, this game is a good bet to sneak below the number. 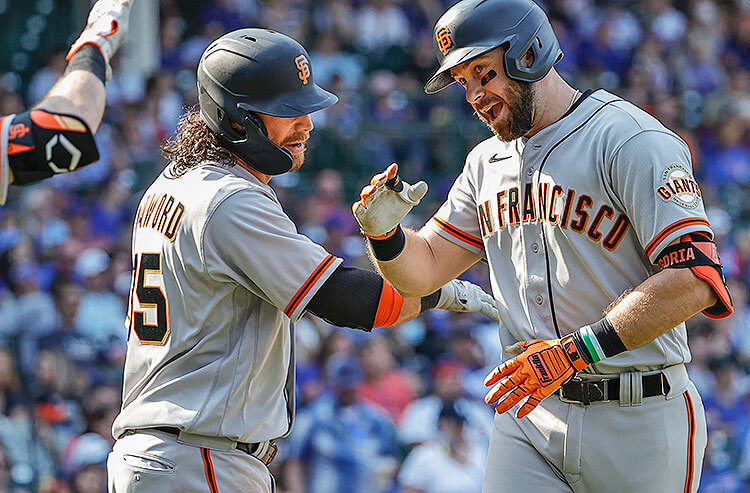 Padres vs Giants Picks and Predictions: Back MLB's Best at a Great Price
Provided by