Our Friday MLB prop bets get you rolling into the weekend with some of the MLB's best on the mound. Find out the best plays from around the league as we break down today's MLB prop picks.

There is no better way to kick off the weekend than with some MLB prop bets, and today we are treated to some of the best pitchers in the business.

None better, of course, than Jacob deGrom. The New York Mets starter looks to continue his assault on the record books when he goes up against the San Diego Padres. But will a total as low as they come scare us off from one of our favorite MLB prop bets?

We break down and pick deGrom Day and more with our best free MLB prop bets and predictions for Friday, June 11.

Welcome to deGrom Day on steroids. Wait. Is that a bad baseball joke? Either way, just like Jacob deGrom, we don’t need a foreign substance to get a better grip on how good he has been this season. That means a rock-bottom total of 5.5 for tonight’s matchup between the New York Mets and the San Diego Padres.

We are officially out of superlatives to describe how good deGrom is, to the point where he is getting mentioned in conversations with Bob Gibson and whether or not he can threaten Gibson’s single-season ERA record of 1.12.

deGrom’s 0.62 ERA is the best a pitcher has had through his first nine starts. Ever. A number like that can go sideways in a hurry, but we are in no hurry to fade him here. deGrom has not only allowed just four earned runs this season, but he is also limiting opponents to a .128 batting average and is racking up 14.4 strikeouts per nine innings.

deGrom is also coming off a performance against this same Padres team in which he allowed no runs on three hits while striking out 11.

But part of the reason this total is slow low is that the Padres are countering with Blake Snell. The lefty has been inconsistent in his first season in San Diego, particularly on the road. But there is no denying how electric his stuff is when he’s on. And he is coming off his best start of the season, shutting out the Mets over seven innings on one hit while striking out 10.

This number is so low that it can go wrong in a hurry, but these guys are so good we can’t stay away. So, buy some insurance to bump it up to 3.0 and enjoy the deGrom Day show.

How good has the starting pitching been in the National League? The Milwaukee Brewers’ Brandon Woodruff is pitching to a 1.42 ERA and a 0.74 WHIP and is still +750 to win the NL Cy Young Award.

Woodruff is coming off a so-so start (by his standards), where he allowed two runs on six hits while striking out nine in five innings against the Diamondbacks. In the five games prior to that, Woodruff had pitched at least 6 2-3 innings (20 outs) pitching to 0.75 ERA and limiting opponents to a ridiculous .118 batting average.

Now, Woodruff gets to play the, um, Pittsburgh Pirates for the first time this season — a AAA team masquerading itself as a Big League squad. The Buccos rank dead last in scoring, OPS and home runs, while ranking 27th in batting average. Look for the Brewers' right-hander to get back on track and pitch deep into this game.

Nothing makes a Friday night better than some Sho-time! And that’s exactly what we will get when Angels’ two-way star Shohei Otani takes the ball when the Los Angeles Angels head to the desert tonight to take on the Arizona Diamondbacks.

What a season for Ohtani. He is second in the MLB in home runs and seventh in OPS, while pitching to a 2.76 ERA, limiting opponents to a .162 batting average, and is striking out 12.8 batters per nine innings. Since we’re unsure at this point whether Ohtani will pull true double-duty in this one, we’ll focus on his pitching.

Ohtani is coming off one of his best starts of the season, allowing two runs on four hits while striking out 10 batters and giving up no walks in six innings against the Mariners. Walks have been Ohtani’s biggest problem on the mound thus far and if he can limit those, he has a chance to go deeper in ball games.

Tonight, he faces a D-backs team that ranks 19th in strikeouts, getting punched out 9.11 times per game. Getting plus money at this number is too good to pass up considering Ohtani has gone over it six times in his eight starts this season. 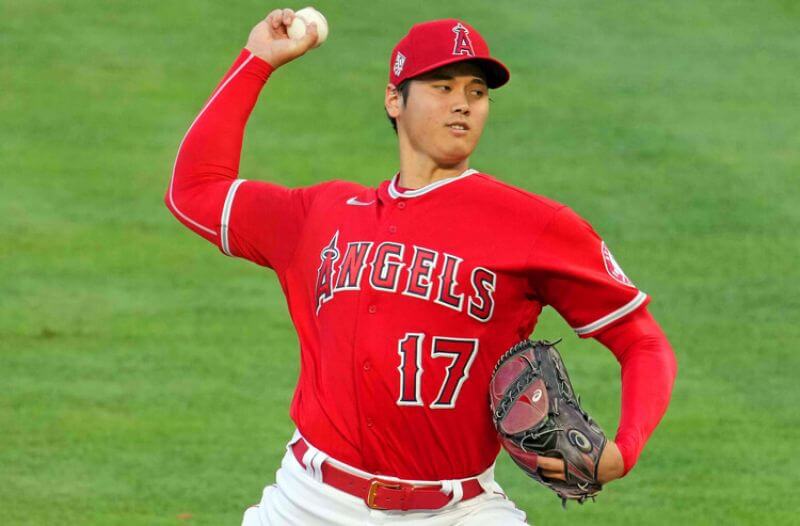