Believe it or not, there are other superstar pitchers in the MLB this season besides Jacob deGrom! We take a look at three of them tonight — including the resurgent Kevin Gausman — with Friday's edition of our best MLB prop bets.

One of the biggest stories of the 2021 MLB betting season has been the record-shattering play of Jacob deGrom. But with the Mets ace on the IL, we get to turn our attention to other pitchers around the majors having spectacular seasons as well.

With hurlers like Lance Lynn, Corbin Burnes, and Kevin Gausman currently in the midst of career-best seasons — and oddsmakers seeing regression around the corner — there is plenty of value in their MLB betting props.

We focus on those three super starters with our best free MLB prop bets and predictions for Friday, July 30.

The Brewers have surged to the top of the NL Central thanks to their starting pitching — and that rotation has been led by Corbin Burnes. The right-hander is 6-4 with a 2.12 ERA, 0.90 WHIP, and 146 strikeouts through 102 innings this season. And the 26-year-old has been a model of consistency lately, allowing one run or fewer in five consecutive starts.

His biggest strength, however, might be his ability to limit long balls. In an era when even the best pitchers (cough cough Gerrit Cole and Trevor Bauer cough cough) tend to surrender home runs because of their velocity, Burnes is a refreshing exception. He has given up just three long balls in 17 starts this season and hasn't surrendered a single dinger in nine of his last 10 starts, including three in a row.

Sure, Milwaukee is taking on a Braves squad with plenty of power hitters, including the red-hot Austin Riley, but we're siding with the sizzling starter and his consistent play.

Lance Lynn has strung together a few nice seasons in his career, especially when he entered the majors as a member of the Cardinals, but he's taken his game to new heights with the White Sox this year. The 34-year-old is posting career-best numbers in ERA (1.91), WHIP (1.02), and opponent batting average (.193) while going 10-3 in 18 starts.

Lynn has put up even better numbers at home, where he has a 1.50 ERA and an OBA of .169 through 11 starts, and he'll be at home today with the White Sox hosting Cleveland.

Cleveland's lineup is struggling, ranking just 24th in the majors with an OPS of .695, and the number dips to .674 on the road. In 23 games since June 30, the Indians are plating just 3.83 runs per game — despite a 14-run outlier against the Royals — and they scored three runs or fewer in 14 of those 23 contests. Take the Under on Cleveland's team total of 3.5.

The biggest matchup of the day sees the two teams with the best records in baseball tangle at Oracle Park, where the Giants host the Astros. Houston has bounced back from trashcan-gate and is back to being among the game's best hitting squads, leading the majors in scoring (5.46 runs per game) while ranking second in OPS (.780).

However, the Astros might not have their usual success at the plate tonight with the Giants sending Kevin Gausman to the mound. The veteran right-hander is coming off his worst start of the year, surrendering eight hits and six runs in 4 1-3 innings against the woeful Pirates, but he should bounce back tonight.

Prior to that start against the Pirates, Gausman had gone nine consecutive starts where he had allowed four hits or fewer. With the Over/Under on his hits allowed tonight installed at 4.5, grab the Under. 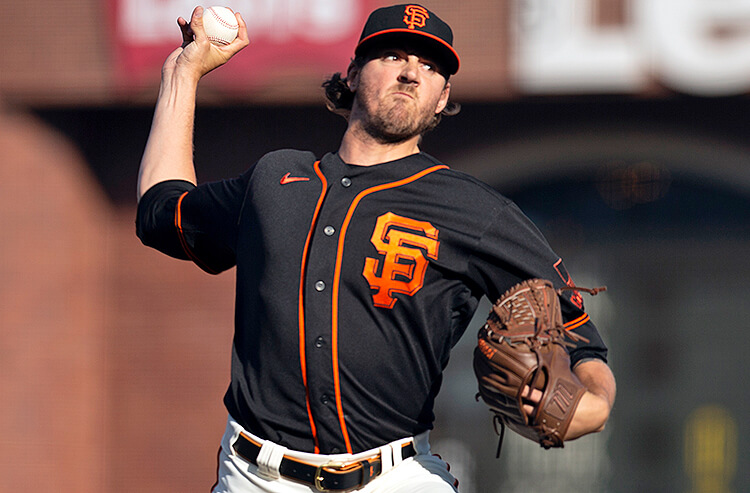