Tyler Naquin is on a 15-game hit streak and we like him to keep rolling versus Miami. We're also expecting little offense in a Gausman vs. Fried duel and are backing Kris Bubic to pile up Ks against the M's. Check all our MLB prop bet picks for August 27.

The dog days of summer are coming to a close as MLB teams gear up for the home stretch. So, let’s kick off the final weekend of August with some winning baseball prop bets.

Today, we highlight yet another Cincinnati Reds player who is white-hot at the dish, and we look at a five-inning total that appears a touch too high for the pitchers' duel that is on tap.

We break down and pick these games and more with our best free MLB prop bets and predictions for Friday, August 27.

The Reds have clawed their way all the way into the National League’s second wild-card spot thanks to one of baseball’s best offenses. Joey Votto, Jesse Winker, and Nick Castellanos are the big names but right now it is outfielder Tyler Naquin who is leading the way.

Naquin is currently in the midst of a 15-game hitting streak where he is hitting a ridiculous .446 and a 1.339 OPS, recording multiple hits nine times in that span. Tonight, the left-handed hitter goes up against Miami Marlins starter Zach Thompson.

The rookie right-hander looks like another solid young starter for the Marlins and is pitching well, but he only averages just 4.8 innings per start and then hands the ball off to a bullpen that has a 5.54 ERA and is allowing opponents to hit .270 over their last 26 games.

Plus, Thompson just faced the Reds back on August 21, and while he only allowed two runs on three hits,  Naquin went 3-for-3 in that game and is great value to get multiple hits once again.

The San Francisco Giants and the Atlanta Braves open a series of National League division leaders and Game 1 of this clash features a doozy of a pitching matchup as Kevin Gausman toes the rubber against Max Fried. So, a five-inning total of 4.5 looks a little surprising.

Gausman has been one of the NL’s best starters all season long, pitching to a 2.47 ERA and a 1.01 WHIP while limiting opponents to a .183 batting average. The funny thing is, Gausman has been even better on the road this season, owning a 1.70 ERA in 14 starts away from Oracle Park.

The Braves are hitting well but rank a mediocre 15th when it comes to batting average against right-handed pitchers.

Countering Gausman is Fried, who is looking more and more like the guy who finished fifth in the NL in Cy Young voting last year. The lefty has allowed just four earned runs over his last five starts, equating to a 1.06 ERA, and is limiting opponents to a .203 batting average.

While the Giants have a solid lineup, they are a little more mortal against lefties, ranking 14th in batting average when facing southpaws this season. The first five total seems a touch too high for this one.

The Kansas City Royals' postseason hopes may be long gone, but they haven’t thrown in the towel just yet. The Royals have won eight of their last 11 games and will look to continue their role as spoiler as they continue their series with the Seattle Mariners.

The Mariners have been one of the biggest surprises in baseball this season and are still within striking distance of the second wild-card spot, sitting just 3.5 games back. But some of the Mariners' flaws might get the better of them in the long run.

For one, Seattle ranks dead last in batting average and has struck out the second-most in baseball when it comes to facing left-handed pitching, and tonight, they go up against K.C. lefty Kris Bubic.

Outside of getting rocked by St. Louis back on August 15, Bubic has been solid in the second half of the season, pitching at least six innings in five of his last seven games, and has allowed three runs or fewer in six of those seven. Bubic is also limiting opponents to a .227 batting average and has 22 Ks in his last 18 1-3 innings of work. He is a good bet to go Over this number here. 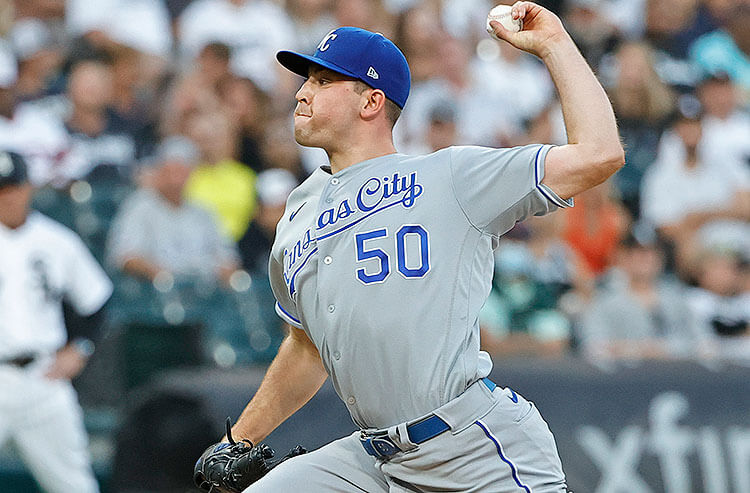