The Cubs have been a disaster since shipping away their best talent at the trade deadline, but they have some betting value against the first-place White Sox for the start of Friday's crosstown series. Find out more in our Cubs vs. White Sox picks.

The Chicago Cubs and Chicago White Sox are facing off in the crosstown series this weekend at Guaranteed Rate Field.

These teams are headed in opposite directions and MLB betting lines for this game reflect that with the White Sox installed as -210 favorites for Friday night's showdown.

Here are our best free Cubs vs. White Sox picks and predictions for August 27.

Keegan Thompson (3-3, 2.42 ERA): Thompson is pitching in his rookie season after being taken in the third round of the 2017 draft, just two years removed from Tommy John surgery in university. The 26-year-old has a 1.32 WHIP with an opponent batting average of .212 in 44 2-3 innings, most of which have come out of the bullpen. In a rare start against Kansas City last week he scattered five hits and two runs across four innings.

Dallas Keuchel (8-7, 4.71 ERA): The 2017 All-Star has struggled this season, pitching to a 1.36 WHIP with an opponent batting average of .262 through 24 starts. He has pitched particularly poorly lately and is coming off a loss to the Rays where he surrendered nine hits and six runs over five innings of work.

The White Sox are 2-5 in their last seven games after scoring five runs or more in their previous contest. Find more MLB betting trends for Cubs vs. White Sox.

The Chicago White Sox have their sights set on a postseason run as they are nine games atop the AL Central with a 74-55 record. Meanwhile, the Chicago Cubs are just 56-73 and had a fire sale on their best talent at the trade deadline as they look to rebuild.

The Cubs have been absolutely dreadful at the plate this season, ranking 23rd in the majors with an OPS of .700. That number has dropped to .677 since the trade deadline when they jettisoned longtime stalwarts Kris Bryant, Javier Baez, and Anthony Rizzo.

The rookie Thompson will get the ball for the Cubs tonight and has been solid if not overpowering this season. He's been used most often as a reliever, however, so don't expect him to log too many innings before manager David Ross hands things over to a bullpen that also took a major step back after trading away its best players, including All-Star closer Craig Kimbrel.

That said, don't rule out the Cubs having some success at the plate in this one as they face off against Keuchel. The veteran left-hander has been awful lately, pitching to a 6.21 ERA in his last six starts and the White Sox lost five of those contests.

As bad as the Cubs are, they've gone 4-4 in their last eight games while the White Sox have lost four of their previous five contests. Being able to grab the North Siders at +1.5 at even money might be worth it.

Keuchel is one of the few groundball specialist starters remaining in the majors but he's also been torched, allowing a career-high 22 home runs this year with an opponent slugging percentage of .446. That said, despite his recent struggles the Under has cashed in four of his last six starts.

The Cubs have been scrappy lately but they have an anemic offense that has plated just 4.04 runs per game since the deadline.

Although the White Sox have the superior lineup, their average runs per game of 4.71 over the last 30 days isn't that impressive. And they've been inconsistent lately, scoring one run or fewer in three of their previous five contests.

When you factor in a 9 mph wind blowing in from right field and the fact that the Cubs have been the majors' best Under bet on the road this season (cashing in 59 percent of all away contests), we're leaning toward the Under. 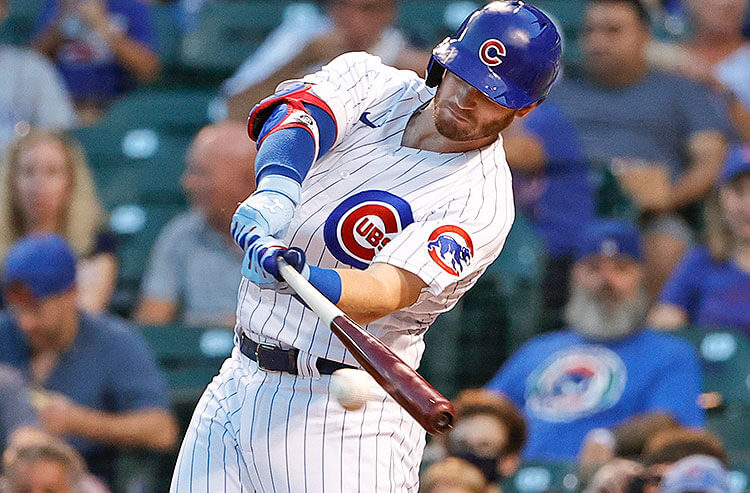 Cubs vs White Sox Picks and Predictions: Slumping Cubbies Have Value
Provided by