Los Angeles snuck out a 2-0 win at Dodger Stadium on Thursday, getting by despite a rare quiet night at the plate. New York failed to capitalize in the series opener and our Mets vs. Dodgers MLB betting picks expects a long night for the visitors.

The New York Mets played the first of four games on the road against the Los Angeles Dodgers and saw their six-game winning streak snapped at Chavez Ravine.

The Dodgers, who were coming off a three-game losing streak at the hands of the Pittsburgh Pirates, took down the Mets, 2-0.

This series could be a preview of the National League Championship Series as the Dodgers are favored at +175 to go to the World Series and the Mets are next at +350.

Will New York rebound after Thursday night’s loss or will Los Angeles make it two in a row?

Check out what we think below with our free MLB betting picks and predictions for Mets vs. Dodgers on June 3.

The hometown Dodgers opened at -154 and have slipped as low as -143 Caesars. The Mets began at +135 and it went lower at several sportsbooks, but WynnBet has them at +140. The total started at 8.5 but dropped to 8 at most sportsbooks.

Chris Bassitt (4-2, 3.66 ERA): Since coming in a trade on March 12 from the Oakland Athletics, Bassitt has been trying to get comfortable. The 33-year-old right-hander hasn’t been able to get a decision in his last three games, though in two of those games he pitched well. In his last outing, on May 29 against the Phillies, the 33-year-old righty went six innings, allowing just one run on two hits but the bullpen couldn’t hold the lead. He is 10th in the majors in innings pitched.

Tyler Anderson (6-0, 2.90 ERA): Anderson started the season as a free agent but was picked up by the Dodgers in March and signed to a minor league contract. He managed to start the season in the bullpen but was pressed into a starter’s role because of injuries to Clayton Kershaw and Andrew Heaney. He has been the surprise of the Dodgers, winning six of his seven starts. He has also managed to pitch to the fifth inning in six of those seven starts.

Tyler Anderson has won six of his seven starts this season. Find more MLB betting trends for Mets vs. Dodgers

Mets vs Dodgers picks and predictions

Tyler Anderson comes into this game with six consecutive wins, but he’ll face a challenge with the Mets. They are 4-0 against lefties with a .248 batting average and have hit 13 of their 34 home runs against them, despite nearly 40% fewer at-bats.

The Mets had come into Dodger Stadium on Thursday with a six-game winning streak, but Los Angeles snapped it with a 2-0 win. New York is 11-5 in its last 16 against a team with a winning record. One concern for Mets backers, though, is the team is 2-5 in their last seven of the second game of a series.

Still, the Mets have offensive numbers to overcome that. They are second in the majors in batting average at .265, second in runs, first in hits, and second in RBI.

The only problem is, the Dodgers are just as proficient at the plate. They are first in RBI and runs, sixth in hits, and sixth in home runs.

The Dodgers are 5-2 in the last seven against the National League East and 6-0 in their last six against a team with a winning record.

Last night’s 2-0 outcome between the team was an anomaly. Both the Mets and Dodgers like to score runs, sitting first and second in the majors in runs. The Dodgers also hold the advantage in home runs, ranking sixth with 60 while the Mets are tied for 20th with 47.

The Over favors both teams. For the Mets, the Over is 4-0 in their last four games as a road underdog and 8-1 in their last nine. It’s also 4-0 in the second game of a series and 5-0 against a team with a winning record.

The pitchers for Friday’s game will help the game get to the Over, if their ERA is any indication, as Bassitt has an ERA of 3.95 while Anderson is at 2.90.

Anderson likes striking out batters. The 32-year-old lefty has 48 strikeouts in 49 innings.

The Mets have the seventh-fewest strikeouts, but they do have 115 against left-handed pitching. Their batting average against lefties is also lower than the other side of the plate, at .246 compared to .271.

In Anderson’s last three games, he has struck out six Diamondbacks, eight Nationals, and seven Diamondbacks. Anderson has also gone six or more innings in his last three starts.

With the total at 4.5, I like the Over to hit rather easily. 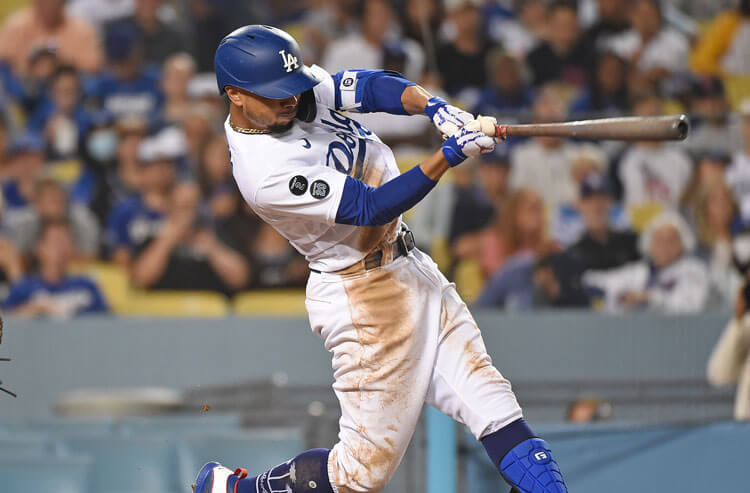