Today’s MLB Prop Picks: Sox Slugger Gets Back In Swing

It's a full slate Friday in MLB betting as we sort through the multitude of player props. From Alex Verdugo's bat to fading Vince Velasquez, find your best bets for today's action with our MLB player prop picks. 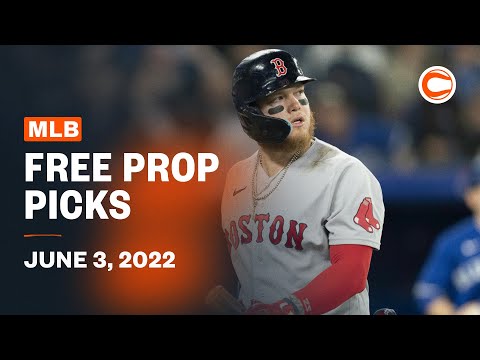 There's no better way to kick off a weekend than with some winners in the MLB player prop markets, and with all 30 teams in action tonight, there will be no shortage of options.

Today, we find some value in a strikeout prop from an unlikely source, a Pittsburgh Pirate. We’re fading Vince Velasquez when he takes the ball versus the Rays. And the Red Sox lineup was red-hot in May, so which player do we like to carry that over into tonight’s series opener against the A’s.

Check out our MLB player prop picks for Friday, June 3, as we bank on some of baseball's best to do their thing.

Say what you want about the Pittsburgh Pirates, but starter JT Brubaker has quietly had a solid start to the season and has been a sneaky good play when it comes to his strikeout props in the right matchups. That includes tonight’s game against the Arizona Diamondbacks.

If you look at Brubaker’s game logs, you’ll see his strikeout numbers are all over the place — three or fewer three times while punching out nine or more twice. Overall, he's above average in strikeout rate and is fanning 9.4 batters per nine innings for the season.

But if you do a deeper dive into those numbers, you basically see that Brubaker takes advantage of swing-happy teams. He’s had big strikeout games against the Reds, Brewers, and Cubs, who all rank in the Bottom 10 when it comes to strikeout rate when facing right-handed pitchers.

The D-Backs have the third-worst strikeout rate when going against righties and their 9.23 strikeouts per game is the second-most in baseball.

You can’t take the Over on Brubaker’s strikeout total every time he takes the ball, but he certainly gives us some value in the right situation. Tonight is one of those spots.

It feels like anytime a guy like Vince Velasquez takes the ball, you need to find some way to take advantage of him. Well, tonight we’re going to do that by backing Manuel Margot to go Over his total bases when the Tampa Bay Rays host the Chicago White Sox.

The fact that Velasquez is still getting regular starts is a pretty good indicator of how the White Sox’s season is going to this point.

The right-hander is pitching to an expected ERA of 6.25 and is surrendering a .591 expected slugging percentage to opponents. Heck, right-handers are getting to him for a .291 batting average. And the right-handed hitter to back in this matchup is Margot.

And after a short three-game slump, Margot went 2-3 with two walks in yesterday’s 3-1 win over the Texas Rangers.

With Margot also hitting a ridiculous .307 when facing right-handed pitchers this season, he’ll have a great shot to start another hitting streak tonight at the Trop.

It was an incredible month of May for the Boston Red Sox offense. They led the MLB in batting average and OPS — ranking third in runs scored — and were able to start pulling themselves out of the early-season hole they dug.

Basically, every key Red Sox player had a big month — J.D. Martinez, Rafael Devers, and Xander Bogaerts — with the notable exception of Alex Verdugo. The Red Sox outfielder hit just .219 in May, but he did end the month strong and will get the chance to keep trending in that direction when he steps in against Oakland Athletics’ starter James Kaprielian on Friday night.

After going 2-3 with two doubles in his last game against the Cincinnati Reds, Verdugo now has hits in seven of his last nine games, good for a .308 average, hitting six doubles over that stretch.

Meanwhile, May was not kind to James Kaprielian. He made six starts, pitching to an xERA of 5.07 while surrendering a .273 expected batting average to opponents.

And even though he pitched well against the Red Sox last season, there was one Red Sox player that gave him trouble. You guessed it: Verdugo. In six plate appearances against Kaprielian, Verdugo has two doubles and two walks.

Kaprielian will also have to hand to an A’s bullpen that ranks 19th in ERA and 23rd in WHIP. With Verdugo in double-mode, back him to go Over his total bases at decent plus money. 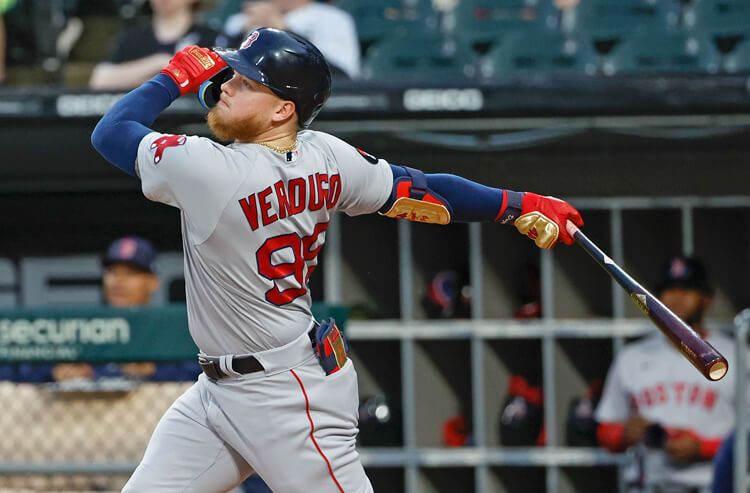 Today’s MLB Prop Picks: Sox Slugger Gets Back In Swing
Provided by