The Angels have dropped eight in a row and are now in Philadelphia to take on a Phillies team that is desperate to string some wins together themselves. We like the home team to get the win tonight — find out more in our Angels vs. Phillies picks.

The Los Angeles Angels will continue their six-game East Coast swing when they visit the Philadelphia Phillies at Citizens Bank Park on Friday night.

The Angels have been in freefall after a hot start, dropping eight games in a row. The Phillies managed to halt a five-game losing streak with a 6-5 win over the San Francisco Giants on Wednesday, but just fired manager Joe Girardi earlier this morning.

Which team will come out on top in this one? Find out in our free MLB picks and predictions for Angels vs Phillies on Friday, June 3.

The Phillies opened as consensus favorites at -116, and that line has since moved up about five cents at most sportsbooks. The total was initially available at either 8.5 or 9.0, depending on where you looked, but now 9.0 is the predominant number.

Chase Silseth (1-1, 3.07 ERA): Chase Silseth has acquitted himself well in the major leagues after being promoted straight from Double-A on May 13. He’s allowed only 13 hits through 14 2-3 innings but has also issued six free passes in that span. That’s been the main reason Silseth has gotten chased in the fifth inning two straight times now.

Zach Eflin (1-4, 4.61 ERA): Zach Eflin’s road woes continued last Saturday against the Mets when they rocked him for seven runs on eight hits and two walks in six innings of work, bringing his road ERA to 8.10 this year. However, Eflin has pitched well at Citizens Bank Park despite its reputation as a hitter’s haven, as he owns a 1.57 ERA at home this season.

The Under is 19-9 in the Phillies’ last 28 interleague home games against right-handed starters. Find more MLB betting trends for Angels vs. Phillies

Angels vs Phillies picks and predictions

Perhaps the Phillies will respond to the new voice in the clubhouse in interim manager Rob Thomson, who was just appointed following the dismissal of Joe Girardi. Philadelphia had high expectations going into the season but is just 22-29 to this point.

The Phillies' offense has been solid but not spectacular, their pitchers have mostly underachieved, and their defense has been even worse than imagined. However, the Phillies will take on an Angels team that’s lost eight in a row, and has scored only three runs in its last 27 innings.

Zach Eflin sports a .160 opponent batting average at home this year, so he should be well in control on the mound. The Phillies bullpen has had the benefit of a day off, meaning top arms like Brad Hand (12 straight scoreless appearances) and Seranthony Dominguez (0.79 ERA in May) should be available.

Chase Silseth has struggled with control since being promoted, which could lead to yet another early departure. Behind him is an Angels bullpen that’s in disarray, as Aaron Loup (10.13 ERA in May), Ryan Tepera (7.20 ERA in May) and Raisel Iglesias (7.04 ERA in May) have all been getting knocked around on the bump.

Look for J.T. Realmuto (10-for-28, one homer, seven RBI since May 23) to be a difference-maker in a Phillies win on Friday night.

With the way these two offenses are going, not even playing in Citizens Bank Park can help. Bettors should expect this game to be fairly low-scoring.

Angels All-Stars Mike Trout and Shohei Ohtani are 8-for-43 (.186) combined over the last week. After a brilliant beginning, Taylor Ward has joined them in the doldrums with a .150 average over his last six games.

Bryce Harper continues to be plagued by nagging injuries this season and is batting just .200 over his last five contests. Alec Bohm and Rhys Hoskins have failed to bring the firepower of late, going 8-for-48 (.167) since last week.

The trends strongly suggest that an Under is in store here, as the Phillies have gone below the total in nine of their last 12 games following an off day. The Under is also 8-3 in their last 11 home games. L.A. is 10-1-2 to the Under in their last 13 meetings with Philadelphia.

If the Phillies are going to win on Friday, they’ll need some solid production from Nick Castellanos. He went 0-for-4 when he last played on Wednesday, something that’s become increasingly rare of late for the Florida-born slugger.

Look for him to deliver for the Phils in a Friday night triumph. 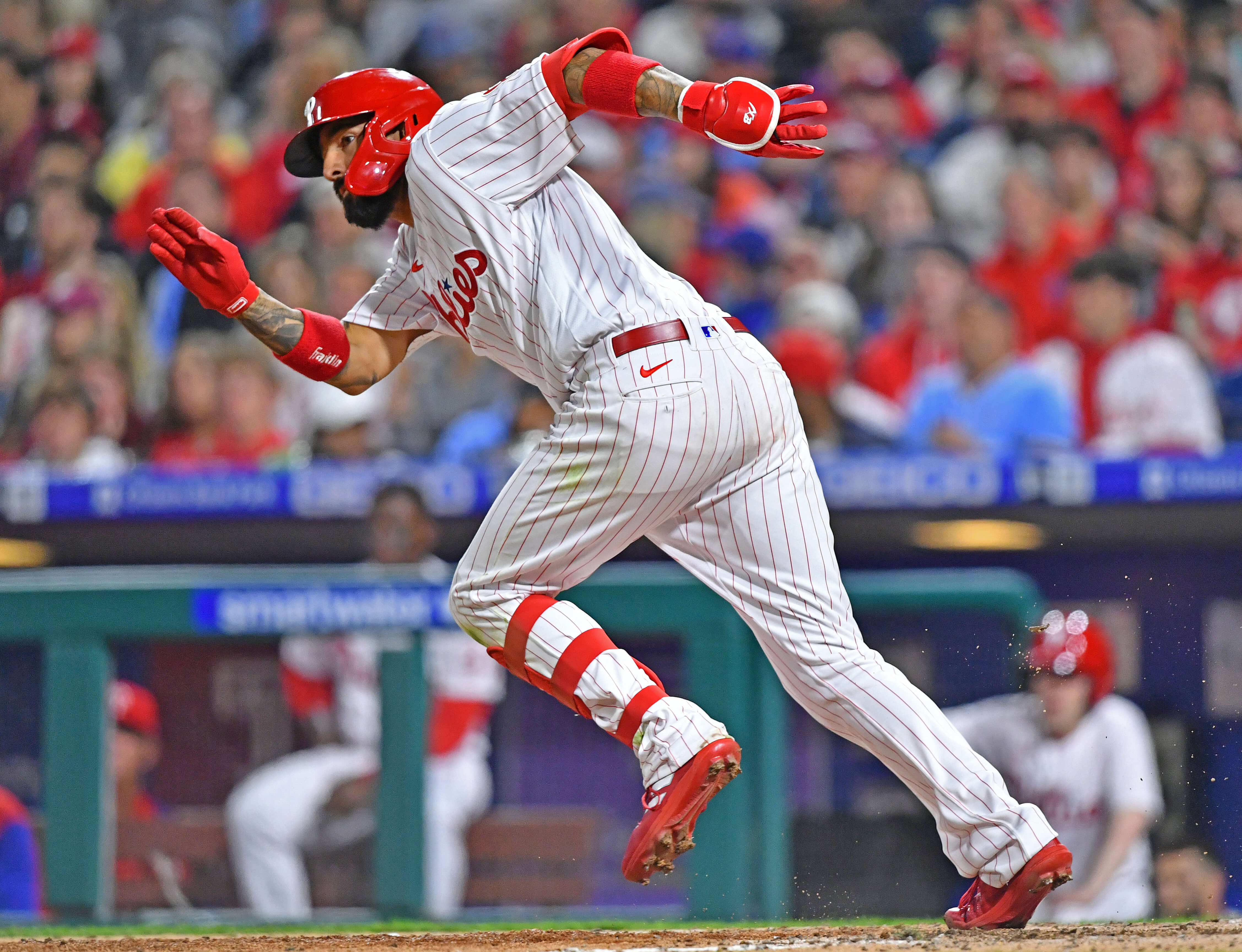 Angels vs Phillies Picks and Predictions: Philadelphia Starts Out Managerial Change With Home Win
Provided by