Max Scherzer usually gives the Mets a bad price on the mound, but tonight that factor gives us an edge in an unfairly-discounted first five total. See why our MLB betting picks like this matchup with the Braves putting numbers on the board.

The Atlanta Braves and New York Mets meet for Game 3 of a four-game set, and this is a big one.

Atlanta has found their groove, and the Mets offense has lost theirs. At least momentarily. Last night, the Braves shut out the Mets 5-0, meaning New York scored just one run in its previous 18 innings against Atlanta. The win brought the Braves a little closer in the NL East, to now 3.5 games, a gap that can be once again cut in half tonight.

Can the Braves take three straight from the Mets? Find out our MLB picks and predictions for Wednesday, August 17, 2022.

For the first time in this series, the Mets opened up as favorites at -140. However, they took some small amounts of money and have dropped to -145, with the Braves returning at around +132. The total opened at 7.5 and has stayed the same.

Max Scherzer (8-2, 1.93 ERA): The story has remained the same for Scherzer in that he's been great. His ERA recently dipped below two runs and came off an impressive seven-inning, one-earned-run start against the Philadelphia Phillies.

I will continue to beat the drum I have on him throughout the season; he's more "gettable" in some matchups because of his barrel rate. It's the worst it's been in his career, and the Phillies showed that with several hard-hit balls. Quite frankly, Scherzer was lucky in that start to get away with just one earned run. Yet still, he's just what you expect in an elite pitcher. His K rate continues to be in the Top 10% of the league, and he's posted 10 consecutive quality starts.

Jake Odorizzi (0-1, 4.15 ERA): Odorizzi has been just okay since becoming a Brave. He's had back-to-back starts where he's kept the game in check by allowing just two earned runs, but he's also only gone four innings in both. They'd ideally like a little more length from him going forward.

Odorizzi does a great job of limiting the hard-hit ball and keeping it in the park. He has a hard-hit rate that ranks in the Top 15% of baseball. For Odorizzi, it's everything else. His K and whiff rates are near the bottom of the baseball, implying he doesn't create enough swings and misses. You'll run into problems when you don't do that and compound it with a below-average ground-ball rate.

The Mets are winning 71% of their games this season coming off of a loss. Find more MLB betting trends for Mets vs. Braves

Mets vs Braves picks and predictions

We've had a good read on this series, taking the Braves in the first two and some solid team total positions. We're on the Mets today. This is a discounted price on Mad Max and one we can't pass up.

I want to start by saying that I understand Scherzer being priced where he is. We've discussed his barrel issues at length throughout the season. You don't need me to tell you that he has an elite fastball, but like any pitcher with an elite fastball, he can have issues with the hard-hit ball. The Braves are well equipped to attack that. Players like Austin Riley and Matt Olson have some of the barrel rates. But that's not the story here; it's actually on the other side.

The Mets offense has been in the dumps the last two games, scoring just one run in this series so far, but we're expecting that to change.

Historically this season, they've been able to flip the offense on after a rough showing. The Mets are winning just over 71% of their games after a loss this season, and in those, they score over four runs just about 70% of the time.

Today, they have a favorable matchup against Odorizzi. The Mets are an anomaly vs. almost the rest of baseball in that they struggle against pitchers who have hard-hit ball issues and do everything else well. In these matchups? They thrive. You would classify Odorizzi as a flyball pitcher: hits against him go for flyballs at about a 10% rate above the league average. All of the Mets' numbers go up against flyball pitchers — the most striking is a slugging percentage from .382 to .420. We like them to score some runs tonight when they likely won't need many.

This is a fair price here for the Mets. I often fade them with Scherzer on the mound because the price isn't reasonable. However, today I found this one in line with my projections, so I'll take the Mets while there's no massive edge.

Prediction: Mets moneyline (-145 at Circa)

The above handicap could serve as an analysis of what I think will happen here. I'm riding the first five Over. I think both pitchers — even Scherzer — could run into at least modest difficulties early.

First, my projections. They have both of these teams scoring just over two runs in the first five innings, and they have that happening about 70% of the time. So, at worst, we believe we are looking at a push here. But given our handicap, I have complete confidence playing this.

I'm confident that the Braves at least manage to score one run against Scherzer and expect multiple. He's been great since returning from injuries, but the performances have dipped over the last few weeks. I'm not sure whether it's a new film on him or the season's wear, but teams have been barreling him better over the last few weeks. Given that the Braves are one of the best teams in baseball in barrel rate, I expect them to take advantage of perhaps Mad Max's lone weakness and get him for a few.

In my view, we won't need many from the Braves to get this Over. I've already mentioned why I believe this is a bad matchup for Odorizzi. But it mostly comes down to his inability to create enough swings and misses against a patient team at the plate.

Take the early Over today. The Mets could accomplish this by themselves, but if they don't, expect the Braves to at least chip in a few.

I’m intrigued by Max Scherzer's strikeout prop tonight against a team that swings the most in baseball and will probably eventually bet it. However, there’s a slight chance of him getting roughed, and even though it's remote, it's enough reason for me to stay away as my Best Bet. So instead, I'll be doubling down on the F5 Over.

There are too many circumstances where I see this going Over. I think it's discounted by an entire run because Scherzer is on the mound, and I don't think it should be. Grab it with confidence. 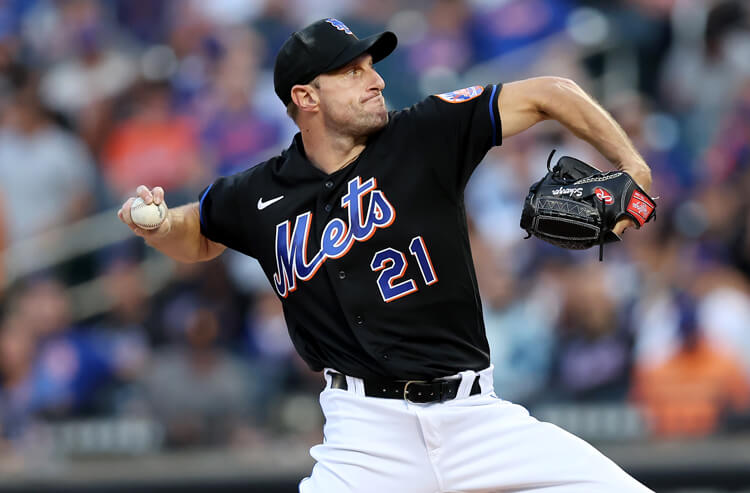