The Toronto Blue Jays are set to host the Seattle Mariners on Friday, who make their first postseason appearance since 2001. Find out where the betting edge lies for Game 1 of this AL Wild Card series in our Mariners vs. Blue Jays betting picks. 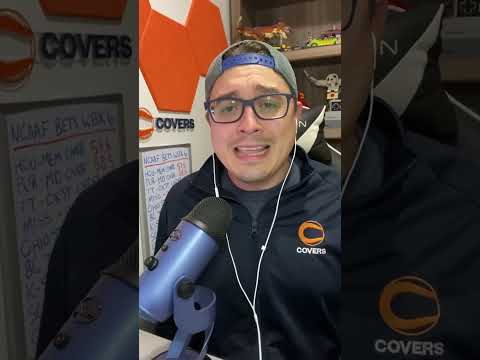 The Toronto Blue Jays will play their first postseason game at home since the 2016 ALCS when they host the Seattle Mariners, who ended a 21-year playoff drought, for Game 1 of their American League Wild Card series on Friday in front of what should be a rocking crowd at the Rogers Centre.

Game 1 sees a fantastic pitching matchup as Luis Castillo will toe the rubber against Alek Manoah. Castillo was acquired by the M’s at the trade deadline from the Cincinnati Reds, while Manoah is a first-time All-Star who seems to be peaking at exactly the right time.

I’m so excited about this game that I’ve got two best bets in what should be a thrilling matchup. Find out what they are below in Friday’s MLB betting picks and predictions for Mariners vs. Blue Jays.

Remember back in mid-August when people were worried that Alek Manoah’s workload was becoming too much and struggling as a result? Yeah, me neither.

The fiery right-hander pitched to an ERA of 1.00 and limited opponents to a .165 batting average over his final eight starts of the regular season. Manoah also pitched at least six innings in all eight of those starts. He’s been as reliable as they come.

This matchup against the Mariners is an interesting one. Julio Rodriguez is a superstar in the making, but outside of him, this lineup lacks pop. In fact, their record is somewhat impressive when you consider their numbers.

Seattle ranks next to last in batting average and 15th in OPS in the second half of the season, while only the Tampa Bay Rays have a higher strikeout rate when facing right-handers among playoff-bound teams in the AL.

Manoah has also made one start against the Mariners this season. It was in Seattle back in early July, and it was a typical Manoah start. The righty allowed just two runs on three hits while striking out seven over 7 1-3 innings of work.

Manoah was picked to start Game 1 of the postseason for the Blue Jays not just because he has great stuff and elite numbers. The right-hander is also the ultimate competitor and will set the perfect tone for this ball game and feed off the Rogers Centre crowd, propelling him into another deep outing.

Luis Castillo made one start against the Jays earlier this season when he was still a member of the Reds, but not many Jays have too many at-bats against all. That is, except for Raimel Tapia, of all people.

Tapia has 11 career at-bats against Castillo from his time in Colorado. He has a crazy seven hits in those ABs, which includes three extra-base hits.

Now, normally I would turn to total bases in this situation, but most books have Tapia’s number set at 0.5 with the Over heavily juiced. Instead, I’ve found another bet to take advantage of Tapia's history against Castillo.

The Over 0.5 on Tapia’s runs scored at +205. Tapia will have a great chance to get on base in this matchup near the bottom of the Blue Jays' batting order, giving the big boys at the top a chance to drive him in.

The Blue Jays have to be happy with being able to play at home against the Mariners. They matchup up very well with Seattle, not only in Game 1 but the series overall.

Castillo and Manoah are close to a push when it comes to starting pitching. And in the second half of the year, so too are the bullpens. Seattle relievers rank seventh in ERA (3.14) and eighth in strikeout rate (25.7%), while the Jays rank ninth in both of those categories.

It is the difference in offenses that are glaring. We already spoke about Seattle’s struggles at the plate. That hasn’t been the case with Toronto.

The Blue Jays have one of the more dangerous lineups in baseball, ranking first in the MLB in batting average, third in OPS, and second in wRC+. They also don’t strike out very much.

It makes sense why the Jays are -150 favorites for this game and approximately -175 to win the series. Betting the moneyline wouldn't be my first choice, however, because Castillo is more than capable of throwing a gem. It’s postseason baseball, where anything can happen.

It's not shocking we get a low total of 7.0 in a postseason Game 1 where both teams are starting their respective aces. We have already touched on Manoah’s dominance, but you can’t overlook Castillo as well.

While the right-hander stumbled a bit down the stretch, there is a reason the Mariners are handing him the ball in the opening game of this wild-card series.

Castillo still finished the year with a very solid 2.99 ERA and a 1.08 WHIP while striking out more than a batter in an inning. Overall as a Mariner, his ERA was 3.17, limiting opponents to a .226 batting average while racking up 77 punch outs in 65 1-3 innings.

In his previous meeting against the Jays (albeit when he was a member of the Reds), he held Toronto to two runs on seven hits over six innings back in May in what was just his third start of the season. You also have to factor in that even though Toronto's lineup is dangerous, it can be streaky at times.

Both of these starters have a chance to work deep into this game and hand the ball to their high-leverage relievers. No official play for me here, but I would lean Under.

The Under is 6-0 in Alek Manoah's last six starts against AL West opponents. Find more MLB betting trends for Mariners vs. Blue Jays

Luis Castillo (8-6, 2.99 ERA): Despite a late-season hiccup, Castillo is certainly the man for the job in Game 1. He limited opponents to two earned runs or fewer in six of his 11 starts as a Mariner, and his ERA was 2.22 when facing teams with a record of .500 or greater.