Kyle Hendricks has turned in a quality start in each of his last seven outings and will look to stay hot against Cleveland, which took the series opener 4-0. Can Chicago bounce back and split the mini two-game set? Find out with our Indians vs. Cubs picks.

The Cleveland Indians will go for the mini two-game sweep of the Chicago Cubs on Tuesday night after blanking them 4-0 in the series opener at Wrigley Field.

Kyle Hendricks has been pitching well and will try to help the Cubs avoid their seventh loss in nine games, while Cleveland counters with rookie Eli Morgan.

Find out who we like in our free MLB betting picks and predictions for Indians vs. Cubs on June 22.

TwinSpires Sportsbook pegged the Cubs as -200 favorites at the outset, moved out to -215, then returned to the -200 opener, where the moneyline stands at 4:45 p.m. ET for this interleague clash. Bettors are leaning toward the Indians, who are drawing 55 percent of tickets and 63 percent of money. The total dipped from 9 to 8.5, with 56 percent of tickets/59 percent of dollars on the Under.

Eli Morgan (0-1, 12.79 ERA): Morgan pitched 3 2-3 innings in his last trip to the mound, giving up three earned runs in what was a 10-3 win over the Baltimore Orioles. Morgan gave up two homers in that contest, and he also gave up one in his first start of the year — a game in which he surrendered six earned runs in just 2 2-3 innings of work against the Toronto Blue Jays. Morgan isn’t a very reliable option for this Cleveland team right now, but he's considered a decent prospect and the Indians will be hoping he turns it around soon.

Kyle Hendricks (9-4, 4.13 ERA): Hendricks is back to his old self for the Cubs, as he has turned in a quality start in each of his last seven outings. In his last trip to the mound, Hendricks struck out seven over six scoreless innings against the Mets. With his early-season struggles behind him, look for the 31-year-old to continue to throw some really productive innings for this Cubs team. He still has some work to do to undo the lousy numbers that he posted in the opening month of the season.

The Cubs are 13-3 in their last 16 home games against teams with winning records. Find more MLB betting trends for Indians vs. Cubs.

It’s entirely possible that many people will be hesitant to back a favorite this large, but the runline is also an option. The difficult thing is coming up with any reasons to take the Indians in this game.

Sure, Cleveland won the series opener on Monday but this is a different game. Morgan just hasn’t shown that he's capable of getting guys out at a high clip and the Cubs have an extremely dangerous lineup. On the season, Chicago is tied for fifth in the league in home runs (97), which isn’t a great sign for a pitcher that has given up three in his first 6 1-3 innings as a big leaguer.

The Cubs have a number of guys who will be looking to take advantage of the rookie’s mistakes, but Joc Pederson is an off-the-radar one to keep an eye on. All 11 of his homers this season have come off right-handed starters and it wouldn’t be surprising if he made his mark here.

Cleveland’s hitters also have a combined 32 at-bats against Hendricks in their careers, mustering only seven hits against the righty and none that left the yard. Hendricks just hasn’t had much trouble against this lineup, though he hasn’t faced a few of the more dangerous hitters on this team. Still, don’t be surprised if the 31-year-old cruises in a start like this. He has just been so good in his recent trips to the hill, and the Indians have a Bottom-15 offense in baseball.

Hendricks hasn’t given up much against any of these Indians hitters in his career, and all the signs point toward him having another dominant outing tonight. The righty has been in a groove of late, as he's coming off six innings of shutout ball against the Mets and hasn’t given up more than three earned runs in a start since early May.

As long as Hendricks can avoid the long ball, he should be similarly effective in this one.

If Hendricks is able to give up one or two earned runs, that’d give Morgan some wiggle room with a total this large. The rookie can give up four or five and this total would still come in and hit the Under. Overall, it just seems like a good idea to fade the Over. 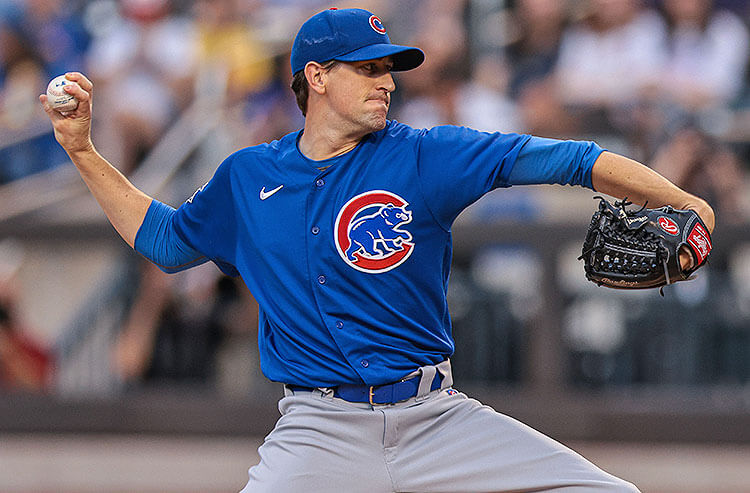 Indians vs Cubs Picks and Predictions: Pitching Mismatch Favors Home Side
Provided by