Gerrit Cole has allowed 6+ hits just twice in 14 starts this year and he faces a Royals team that is 24th in hits on the road. He highlights our best MLB prop bets for today, along with a Chicago ace dealing and Tampa Bay beating up Boston's starter.

It is a fully loaded baseball schedule with 15 games on tap on the diamond today — and that means a gluttony of MLB prop bets to choose from!

We start with baseball’s top prospect, Wander Franco, making his MLB debut with a juicy matchup against the Boston Red Sox starter Eduardo Rodriguez and also look into if Gerrit Cole can shut down the Kansas City Royals’ bats?

We break down and pick these games and more with our best free MLB prop bets and predictions for Tuesday, June 22.

After a bit of a rocky start to the season, Chicago White Sox starter Lucas Giolito has settled in over the last month or so and he’ll look to keep rolling when he takes the ball Tuesday against the lowly Pittsburgh Pirates.

The lefty has recorded a quality start in five of his last six games, pitching to a 2.70 ERA and a 0.90 WHIP while limiting opponents to a .190 batting average. Now, he faces a Buccos team that has struggled to hit southpaws. The Pirates rank 29th in batting average and dead last in OPS in the MLB when it comes to facing lefties.

Countering Giolito is Tyler Anderson. The lefty hasn’t been great but has been one of the Pirates' most reliable starters. That said, his hands will be full against a White Sox team that mashes lefties, ranking fourth in average and second in OPS.

With the White Sox being one of the best first-five inning bets in baseball this is a solid price to back them to have the lead halfway through the game.

Gerrit Cole has not been as dominant as we’ve been used to lately, but a less-than-dominant Cole is still better than almost any other pitcher in baseball. Now, the right-hander will attempt to spin his best stuff when he takes the mound against the Kansas City Royals.

Cole’s strikeouts have been down since the beginning of May (55 in 52 innings pitched) but he is still as hard to hit as ever as opponents are hitting just .198 against him this season. Next up for Cole is a Royals team that hits for a good average, but ranks 24th in the MLB when it comes to hits per game on the road this season.

So, that means Cole’s hits allowed total seems a little high considering he has only allowed six or more hits twice in his 14 starts this season.

It has been a rocky year for Red Sox starter Eduardo Rodriguez. The lefty just isn’t getting a lot of swings and misses at this point and that has been a contributing factor to Rodriguez’s current slump.

Rodriguez hasn’t recorded a quality start since April 25 and in the nine starts since then he has pitched to an ugly 7.63 ERA and a 1.79 WHIP while allowing opponents to hit .339 against him.

It won’t get any easier Tuesday when he faces the Tampa Bay Rays.

While the Rays enter this game on a six-game losing streak they still have a scrappy offense that ranks in the Top 10 in scoring, plating 4.79 runs per game. They’ll also get a boost in this game as baseball’s top prospect, Wander Franco, makes his MLB debut.

Rodriguez’s earned run prop of 2.5 is just too low to say no to. It’s a number he has gone Over nine times in his last 10 starts and the Rays are too good for this slump to last much longer. 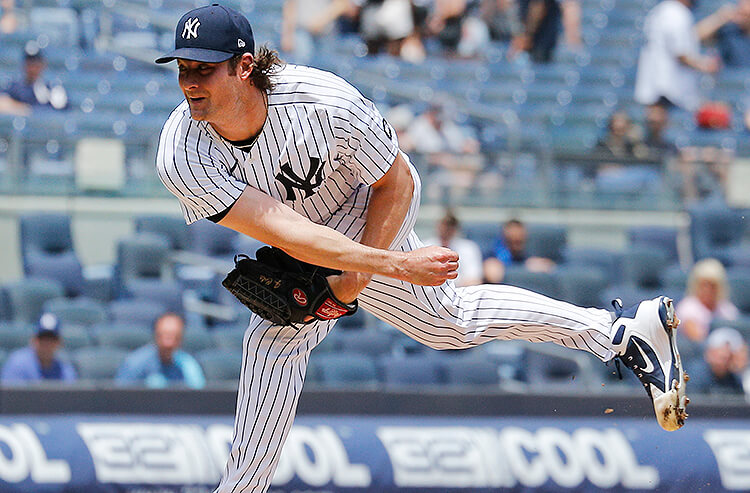