The Dodgers are slight favorites Tuesday after dropping the series opener on the road. L.A. will turn to Clayton Kershaw while San Diego counters with struggling lefty Blake Snell. Find out who has the edge in our Dodgers vs. Padres picks.

The San Diego Padres struck first in the latest edition of this highly anticipated National League West showdown against the Los Angeles Dodgers.

The Padres rode an outstanding pitching performance from Yu Darvish in the opener and Game 2 should see more stellar starting pitching as Clayton Kershaw toes the rubber against Blake Snell. Can the Dodgers respond? And is the Under too obvious a bet in this one?

Find out with our MLB free picks and predictions for Dodgers vs. Padres on Tuesday, June 22, with first pitch scheduled for 10:10 p.m. ET.

Clayton Kershaw (8-6, 3.36 ERA): Kershaw has bounced back after a tough two-game stretch at the end of the month. The Claw has allowed just two earned runs on 11 hits while striking out 18 in 12 innings pitched over his last two starts. Kershaw has also pitched well against the Padres this season, sporting a 2.08 ERA over two starts.

Blake Snell (2-3, 5.72 ERA): Snell just hasn’t looked comfortable in his first season in San Diego. The lefty looks unhittable in one start and then can’t locate his fastball in the next, and it has been particularly rough for him lately. Snell is pitching to a 9.43 ERA and a 1.76 WHIP over his last five starts.

The Over is 4-0 in Kershaw’s last four road starts and 4-0 in the last four meetings between the Dodgers and Padres. Find more MLB betting trends for Dodgers vs. Padres.

The Padres took the opener of this series against the Dodgers, 6-2, thanks to six impressive innings from Yu Darvish, who allowed just one run on two hits while striking out 11. The question is, can Snell keep it going?

Snell has just never looked like himself in this first season in San Diego and one of his biggest problems has been fastball location. Snell is finding too much of the zone with it and it is getting hit consistently as a result. Opponents are hitting .294 against him over his last five starts.

Now, he has to deal with a Dodgers team that ranks second in scoring and sixth in OPS. On top of that, they could be getting back a pair of impact bats in Cody Bellinger and Max Muncy.

Countering Snell is Kershaw, and while he's no longer the pitcher he once was, the future Hall of Famer still has some excellent stuff. The lefty is pitching better than his 3.36 ERA, as indicated by his 2.75 FIP, and also has a 1.01 WHIP.

Kershaw faces a Padres lineup that lacks a lot of pop outside of Fernando Tatis Jr. and ranks 19th in batting average and 22nd in OPS against left-handed pitchers. Kershaw has limited San Diego to three runs on seven hits while striking out 15 in 13 innings pitched against them this season.

While both starters have had their issues this season, Snell has been the more inconsistent of the two, which means this price on the Dodgers is too good to pass up.

We are getting a total that's closer to what it should be if these starters were in their prime, and not what they are today. As noted, Snell has battled his consistency this season and has allowed three or more earned runs four times in his last five starts and there has been an average of eight total runs in his two outings against the Dodgers this season.

On the other side, Kershaw has been more consistent but if he can’t locate his fastball he can get in trouble — opponents are hitting .319 against his four-seamer this season. The Padres are also in a bit of a groove right now as winners of five straight, plating six runs per game over that stretch.

With these two offenses, this number is low enough to side with the Over. 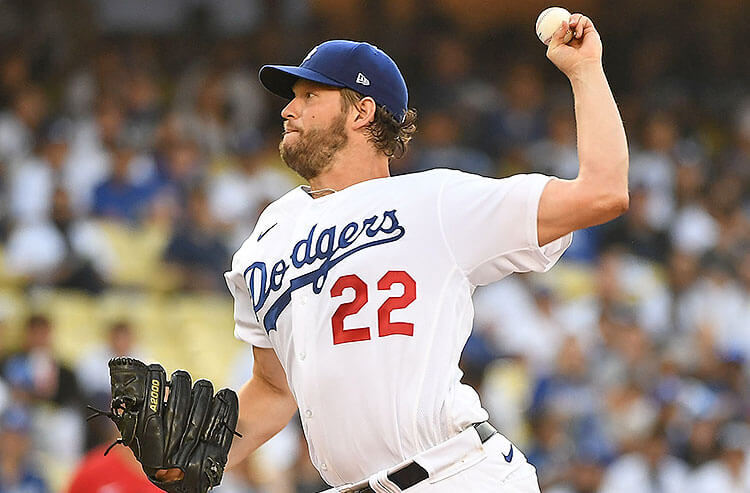 Dodgers vs Padres Picks and Predictions: Struggling Snell Can't Be Trusted
Provided by