While Alex Wood and Kyle Wright are both strong pitchers in their own right, Wright has been stellar inside Truist Park. We're expecting more of the same in our MLB betting picks for Giants vs. Braves.

The San Francisco Giants wake up early on the East Coast to finish off their four-game series with the Atlanta Braves on Thursday, with first pitch scheduled for 12:20 p.m. ET.

Atlanta won the first and third games in this series, most recently edging San Francisco 4-3 with ninth-inning heroics Wednesday. The Braves are starting to pick up steam, boasting a National League-best 17-3 record so far in June, and are pegged as -145 MLB betting favorites for this matinee matchup.

Check out our free MLB picks and predictions for Giants at Braves on June 23.

If you're betting on Giant vs. Braves, here are two of the best bonuses* available:

Alex Wood (5-5, 4.32 ERA): Wood is pitching well in June and rides a three-game winning streak into Thursday’s start. The left-hander owns a 3.42 ERA this month, working 23 2-3 innings with 19 strikeouts to just five walks. He has been helped out by less-than-stellar opposition, picking up his last two wins over the limp bats of the Pirates and Royals but he did silence the Rockies' offense through seven innings, giving up just one run on five hits on June 8.

Kyle Wright (7-4, 2.94 ERA): The Braves righty is aiming to get back on track after a rough outing against the Cubs put a black mark on a very good start to June. Wright was on a strong three-game tear, allowing just five earned runs on 13 hits through 20 innings of work before last weekend’s loss at Chicago. He allowed five earned runs on 11 hits through six innings but still struck out eight batters and has 27 Ks to only eight walks in June.

The Under is 5-2 in the Braves' last seven home games. Find more MLB betting trends for Giants vs. Braves

Giants vs Braves picks and predictions

Atlanta keeps finding ways to win baseball games and last night’s late-game rally has to have the Giants feeling deflated with little time to refocus before this 12:20 p.m. ET call, then jumping on a plane back to the Bay Area for a home stand with the lowly Reds starting Friday.

The Braves plated three runs in the bottom of the ninth last night to walk off with their 17th win this month and enter the finale with San Francisco hitting .264 in the previous three games.

While Giants starter Alex Wood has been great in his recent efforts, Atlanta is one of the best lineups versus southpaws in the bigs. The Braves own an OPS of .813 against left-handed pitchers, including 29 home runs – the third most off lefties in the majors.

Braves starter Kyle Wright gets to come back to the ATL in hopes of shaking off his sour outing in Chicago. He’s been stellar inside Truist Park in 2022, owning a 5-2 record and 2.84 ERA at home where he’s checked opposing lineups to a .181 BA.

Wright has gone at least six innings in each of his last five starts, striking out 32 total batters in those showings. The Giants have been swinging and missing in this road series, striking out 14 times in Wednesday’s heartbreaker and totaling 36 Ks in the first three games of this four-game set.

Wright's counterpart on the mound, Wood, brings plenty of confidence to the hill for this series finale. He’s kept his walks down while also limiting big bats from doing damage, giving up just three total home runs over his previous nine outings.

The Braves do have trouble chasing breaking balls and Wood leans on his curveball and has a peppy slider that can get batters chasing. Atlanta is a big-swinging lineup that sits second in the majors in total strikeouts on the year, including 13 Ks in Wednesday’s narrow win.

Outside of a wild finish on Tuesday, in which the teams combined for 22 runs on 26 combined hits, things have been pretty quiet on the scoreboard. Game 1 finished with only three runs on 17 hits while Game 3 had seven runs scored off a mere 13 hits.

Atlanta and San Francisco have stayed Under in two of the three games in this series and sent two solid arms to battle on Thursday.

Outside of a sudden 12-run eruption in Game 2 on Tuesday, the Giants have plated three runs or fewer in five of their last seven games and are hitting a dismal .217 BA in June for an average of only seven hits per game. Before than 11-hit blooper against the Cubbies on the weekend, Wright had allowed five or fewer hits in six straight starts.

With the Giants potentially missing leadoff hitter Luis Gonzalez, who was scratched due to back tightness on Wednesday, the top of the order gets a shuffle. San Francisco got only two hits and no walks drawn from its first four batters in Wednesday’s loss. Struggling veteran Evan Longoria (.214) stepped in and went 1-for-4 for two strikeouts. 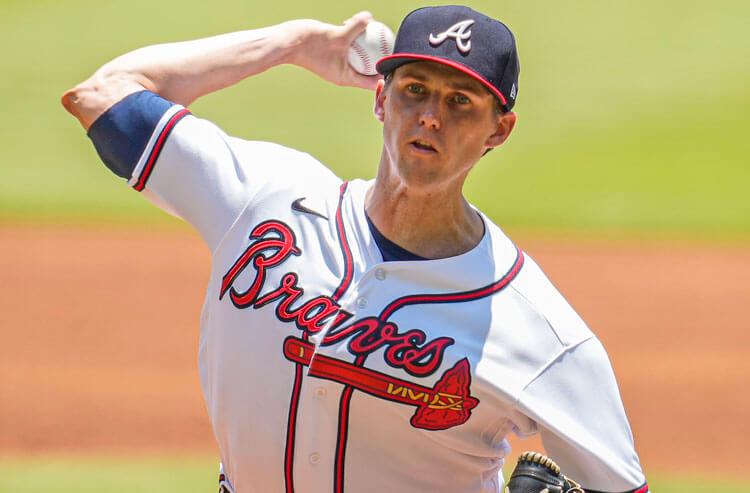