Dodgers vs Mets Picks and Predictions: Back Max at Citi

The Dodgers trot out their new stud hurler again, at one of the stingiest parks in the MLB. Runs might be hard to come by here — can L.A. score enough to justify their juiced odds? Find out with our Dodgers vs. Mets picks.

The Los Angeles Dodgers and New York Mets will conclude their three-game set under the primetime lights at Citi Field Sunday night. The Dodgers have stolen the series’ first two games with a pair of extra-inning victories and have won six of their last seven.

Max Scherzer will get the ball for the rubber match in what will be his third start as a Dodger. He has a 1.74 ERA in his first 10 1-3 innings with his new club and will face New York’s Carlos Carrasco, who is still trying to find his groove after missing the first four months of the season.

Here are our free picks and predictions for Los Angeles Dodgers vs New York Mets for Sunday, August 15.

Max Scherzer (9-4, 2.67 ERA): The rich got richer when the Dodgers added Mad Max at the deadline. Since coming over from the Nats, Scherzer has made two starts — one rain-shortened — and has given up just two runs in 10 1-3 innings while striking out 16 and walking just one. The former Cy Young winner has not faced the Mets this year but owns a 9-2 record with a 2.08 ERA at Citi Field over his career.

Carlos Carrasco (0-0, 6.75 ERA): Carlos Carrasco has made three starts this year after being sidelined for four months with a hamstring injury. He got shelled in his most recent start, where he gave up four runs in a rain-shortened one-inning start. Over his 9 1-3 innings of action this year, batters are slashing .300/.333/.525 with two homers. He did have a respectable 3.25 ERA heading into his last start and bettors shouldn’t be fooled by the inflated ERA. He hasn’t thrown more than 62 pitches in any start in 2021.

The Under is 5-0 in Mets’ last five games vs. a team with a winning percentage above .600. Find more MLB betting trends for Dodgers vs. Mets.

The Dodgers came into the series with one of the worst extra-inning records in baseball at 1-12 SU. They flipped the script on that trend, however, as they ripped off back-to-back extra-inning victories to open the series. Now they get to send Max Scherzer in for the sweep in a game where they come in as big -185 road favorites.

Scherzer is 13-8 SU in games he starts this year but is 2-0 SU in his first two appearances in Dodger blue. He’s been his usual stingy self this year, as opponents are hitting .187 off him, which is bad news for a Mets team that is missing key pieces and struggles to put up runs at home.

New York will be without Francisco Lindor and Javier Baez, as the Mets are using Jef McNeil and Jonathan Villar up the middle. New York’s 3.54 runs scored per game at home is the lowest mark in the league and scratching anything across the plate versus Scherzer is tough already.

Carlos Carrasco is not anywhere near 100 pitches and could give way to the bullpen early in the contest. The Mets’ best relievers are taxed, having used five pitchers for five innings on Friday and another four for 3 1-3 innings last night. L.A. rested Kenley Jansen and Blake Treinen yesterday so those two should pick up what Scherzer leaves off, if anything at all.

Both teams are flying back to the West Coast following Sunday night’s match with the Mets,, having the much bigger task of taking on the Giants while the Dodgers host the Pirates. Looking ahead could be a dangerous thing for the Mets, who are at risk of heading to San Francisco on a three-game losing streak.

We don’t like hitting heavy juice plays but are making an exception today as we are laying two units on the visitors.

It’s no surprise with the Mets’ lack of scoring at Citi Field that they have baseball’s best Under record at home with an 18-31 O/U mark. But with how unproductive they’ve been at Citi, their opponents have equally struggled to put up runs there.

Teams are scoring 3.03 runs per game at Citi which leads baseball by fair margin. New York has a 2.86 team ERA at home which is the best in baseball, but the Dodgers have also been impressive themselves on the road with a 3.05 team ERA, which is the second-lowest road ERA in the MLB.

This total opened at 8 and hit 7.5 shortly after. It has since been bet back up to 8 on some books and we’re guessing a lot of that has to do with Carasco, who sports a 5.79 ERA but has looked decent in two of his three starts. His control is there and if he can pitch into the fifth, Under bettors could be in great shape.

With trends, talent and a get-away spot for both clubs, we have one direction we’re feeling for this Under and are shopping around for the best price on the 8. 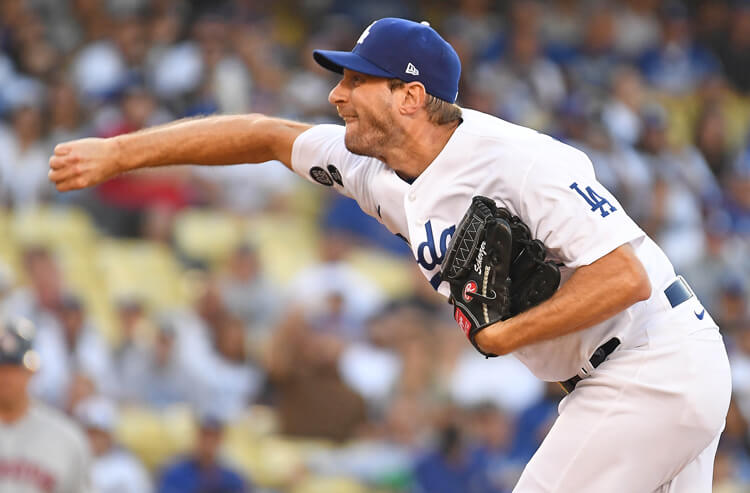 Dodgers vs Mets Picks and Predictions: Back Max at Citi
Provided by