Astros vs Angels Picks and Predictions: Finding Value in the Halos

The Astros have roughed up the Angels in this series, and as a result, L.A. is getting a very good price Sunday. As they send a touted prospect to the mound, find out why there's value in backing the Halos with our Astros vs. Angels picks.

On Sunday, August 15, the Los Angeles Angels look to avoid a sweep against the Houston Astros at Angel Stadium in Anaheim, California at 4:07 p.m. ET. The Astros have outscored the Angels, 12-3, in this series thus far, so it’ll be interesting to see if the home team can be more competitive here.

Will Los Angeles find a way to beat Houston today? Keep reading our Astros vs. Angels picks and predictions.

Lance McCullers Jr. (9-3, 3.22 ERA): McCullers gave up four runs in just 4.2 innings of work against the Minnesota Twins on August 8, and that was coming off an outing in which the righty shutout the Los Angeles Dodgers in 6.2 innings on the hill. McCullers has now allowed four earned in three of his last four starts, and it’ll be interesting to see if he can turn things around. This has arguably been the best season of his career, but things have gotten away from him lately.

Reid Detmers (0-2, 10.61 ERA): Detmers’ debut against the Oakland Athletics was a miserable one, as the lefty gave up six runs in 4.1 innings of work. His second start was still bad, but it was a slight improvement. Detmers pitched five innings and gave up five earned against the Los Angeles Dodgers, but he unfortunately doesn’t catch much of a break with his opponent here. The second-ranked prospect in the organization has been thrown into the fire, and he’ll have to find a way to settle himself down against the Astros.

Astros: 1B Yuli Gurriel (out), OF Kyle Tucker (out)
Angels: OF Mike Trout (out), 3B Anthony Rendon (out)
Find our latest MLB injury reports.

The Under is 9-3 in Los Angeles’ last 12 games against AL West opponents. Find more MLB betting trends for Astros vs. Angels.

While an overwhelming majority of the tickets in this game are on the Astros, the percentage of the money isn’t quite as convincing, and the spread has moved in the Angels’ favor. With that said, it’s safe to assume that the sharps are backing Los Angeles and that looks to be the right side at this price.

Houston is obviously the much better team, but the value isn’t there to back the Astros at these odds. McCullers has had an awesome season thus far, but the righty is struggling a bit coming into this one. He has allowed four earned runs in three of his last four starts, and he could run into some trouble against a Los Angeles offense that is sixth in the league in batting average and 10th in MLB in slugging percentage against right-handed pitching. Considering how mistake-prone McCullers can be, both Shohei Ohtani and Jared Walsh can easily put one in the bleachers in this game. They both rake against righties.

Detmers isn’t the most inspiring option in the world, but it’d be hard to find somebody in baseball that isn’t high on his abilities. The lefty just needs to find his confidence in the big leagues, and it wouldn’t be all that surprising if he puts together a quality start in this one.

Both McCullers and Detmers have given bettors a lot of reasons to back the Over in this one, but both guys deserve the benefit of the doubt — even if we haven’t quite seen Detmers prove himself at this level. For the most part, McCullers has been dominant this season and he has only given up three earned runs in 14.0 innings of work against this Angels offense.

And on the other side, Detmers is a highly-regarded prospect that has now had two games to get his feet wet at the MLB level. It’s only a matter of time before the lefty settles in and gets comfortable, and he should be able to limit the damage to four or so runs today. 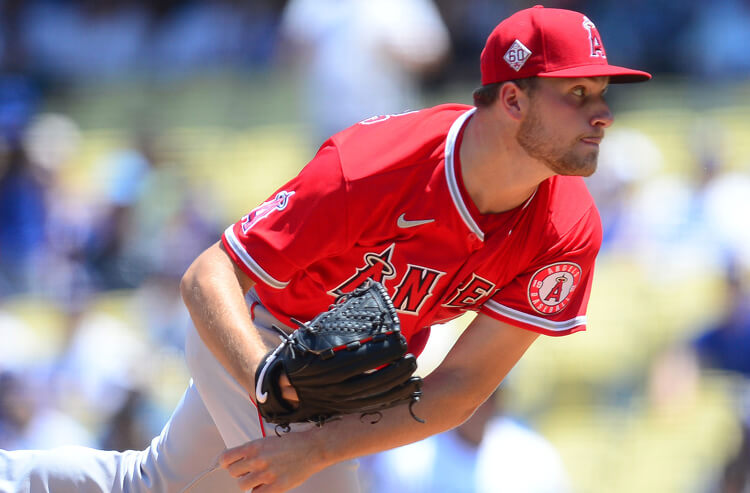 Astros vs Angels Picks and Predictions: Finding Value in the Halos
Provided by