The Dodgers will look to take three of four games against the Cubs tonight on Sunday Night Baseball. L.A. is 50-20 in its last 70 home games, outscoring opponents by 1.58 rpg in 2021, so we're looking at the Dodgers runline as a strong MLB betting play.

We've got a full slate on the MLB betting board today with the Sunday night game featuring the Chicago Cubs and Los Angeles Dodgers. The Cubs won the first game in this four-game set at Dodgers stadium but have dropped the last two contests.

It won't be easy for them to come away with a victory tonight with the Dodgers currently installed as -200 MLB betting home faves.

Here are our best free Cubs vs. Dodgers picks and predictions for Sunday, June 27, with the opening pitch scheduled for 7:08 p.m. ET.

With Clayton Kershaw dealing in the Sunday night game, the Dodgers are out to -230 as of 3:45 p.m. ET at TwinSpires, after opening -190 and making a stop at -210 along the way. Ticket count is 2/1 and money 4/1 on the Dodgers. "It's all Dodgers money so far. We'll be big Cubs fans once again," TwinSpires trading analyst Zachary Lucas said. The total dipped from 8.5 to 8 on two-way action, with the Over taking 57 percent of tickets and the Under 55 percent of money.

Adbert Alzolay (4-6, 4.19 ERA): The 26-year-old doesn't have the most impressive record or ERA but his 1.03 WHIP and opponent batting average of .206 indicate that he's actually been effective. Alzolay is coming off a rough start against Cleveland where he allowed a pair of dingers and three earned runs before getting the hook midway through the fourth inning.

Clayton Kershaw (8-7, 3.43 ERA): The three-time Cy Young winner is having an up-and-down season, pitching to an impressive 1.01 WHIP on the year but also surrendering at least five runs in three of his last eight starts. In his last outing, Kershaw allowed three runs on four hits through six innings versus the Padres.

Cody Bellinger's walk-off home run in the ninth inning last night sent the Cubs to their eighth defeat in their last 12 games. Chicago is now 42-35 and two games behind the Milwaukee Brewers for first place in the NL Central.

The Dodgers are in an absolute dogfight in the highly competitive NL West. The defending World Series champs are 46-31 but trail the San Francisco Giants by 4.5 games and are just one game ahead of the San Diego Padres.

Clayton Kershaw will toe the rubber for Los Angeles tonight. Although the future Hall of Famer has been a bit inconsistent this season he still has an impressive 1.01 WHIP and an opponent batting average of .219 through 15 starts.

The Dodgers also have a solid bullpen behind Kershaw with their relievers holding foes to a batting average of .218, good for fourth-best in the majors. That's bad news for a Cubs lineup that is 28th in the majors with an OPS of .660 over the last month and is plating just 3.78 runs per game over that span.

Meanwhile, the Dodgers are seventh in the majors in OPS this season (.746) while ranking third in scoring with 5.05 runs per game.

The Cubs will try to keep that offense in check by sending young Adbert Alzolay to the mound. Alzolay has a bright future but he's not on Kershaw's level and he's been giving up far too many long balls, surrendering nine homers in his last 40 innings pitched.

With the Dodgers 50-20 in their last 70 games at home and outscoring opponents by an average of 1.58 runs per game at Dodger Stadium this season, back them on the runline tonight.

Alzolay might not be great but he's certainly been solid this season and the Under is 4-1-1 in his last six starts. The Cubs also have an excellent group of relievers, leading the majors with an ERA of 2.68.

Of course, part of the reason those Unders have been cashing has been due to Chicago's recent cold spell at the plate.

The Cubs have struggled to hit on the road all season, ranking 26th in the majors with 3.76 runs per game while posting an OPS of .664 in away contests. But they've been particularly dreadful lately — regardless of where they have been playing. The Cubs have scored two or fewer runs in 10 of their last 13 games, averaging just 2.38 runs per game over that span.

The Under has cashed in each of the previous three games this series and has now gone 6-0-1 in the last seven L.A. home contests. With the Cubs 14-3 to the Under in their last 17 games as an underdog, grab the Under again. 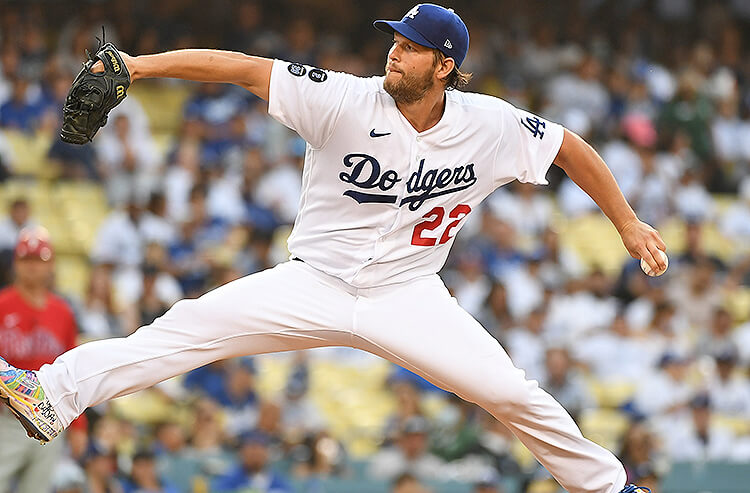