Cubs vs Cardinals Picks and Predictions: Chicago Has Great Value As A 'Dog Tonight

Chicago is having a disappointing season and is facing a hot pitcher tonight. But it's a good matchup for the Cubs' star sluggers, giving them some intriguing value — which we're jumping on — as an MLB betting underdog in St. Louis.

The St. Louis Cardinals blew a ninth-inning lead against the Chicago Cubs for the second straight night, except this time they managed to pull out an extra-innings victory.

St. Louis has managed to win two of the first three games in this four-game set and will look to win the series at Busch Stadium tonight.

Will St. Louis come away with a (clean) victory tonight? Or is more shenanigans in the cards? Keep reading our Cubs vs. Cardinals picks and predictions for Thursday, July 22, to find out.

Adbert Alzolay (4-9, 4.59 ERA): On May 22, Alzolay pitched seven innings and gave up only two earned runs in a 2-1 loss to this Cardinals team... but that was one of his better starts of the year and he hasn’t been as reliable since. Chicago has lost in five of his last six trips to the mound and he has given up three or more earned runs in five of his last six. That wouldn’t necessarily be a problem... but he has pitched five or fewer innings in six of his last seven outings.

Kwang-Hyun Kim (5-5, 2.87 ERA): Kim hasn’t allowed a single earned run in his last 19 innings of work, an especially impressive feat when factoring in that he has only 10 strikeouts total over those three starts. Kim is just superb at pitching to contact and it’s definitely worth noting that one of those three starts came against this Cubs team — and he struck out seven batters.

The Cubs are 9-1 in their last 10 home games with a total set between 7.0-8.5. Find more MLB betting trends for Cubs vs. Cardinals.

The Cubs are reportedly going to be big sellers at the trade deadline, so it’s tough to know exactly where their heads will be the rest of the season. They are, however, going to try to win these games against the Cardinals, who are one of their biggest rivals.

Last night, St. Louis got the best of Chicago, coming away with a 3-2 win in extra innings. Now, the Cubs will look to return the favor and earn a split of this four-game series.

While this might seem like a pretty big pitching mismatch, the Cubs have to feel somewhat good about their chances of getting to Kim in this game. The lefty dominated them in their last time out, but Javier Baez and Kris Bryant are a combined 5 for 9 against Kim in their careers.

Those are two of the most important hitters in this Cubs lineup, so it’s huge that they have had success against the St. Louis starter here. Also, for what it’s worth, the Cubs are 10th in the league in on-base percentage against left-handed pitching, meaning they should see some opportunities to get some runners in tonight.

Alzolay has struggled over the last few weeks for this Cubs team, but he did have a great start against the Cardinals earlier in the season. If he can give Chicago five or six innings without giving up a ton of runs, the Cubs are a great value in this game.

Alzolay might not be able to pitch seven or eight innings of one-run ball on a regular basis... but he is capable of getting through five or six without destroying his team’s chances. That would give the Chicago bullpen the opportunity to come in and blank this St. Louis team, and the Cubs have the fifth-best bullpen ERA in baseball.

On the other side, a bad game from Kim would be three or four earned runs at this point. He’s really in a groove and there’s just not much to suggest he’s capable of being completely shelled, so a Cardinals win in this game would likely come in an extremely low-scoring game. 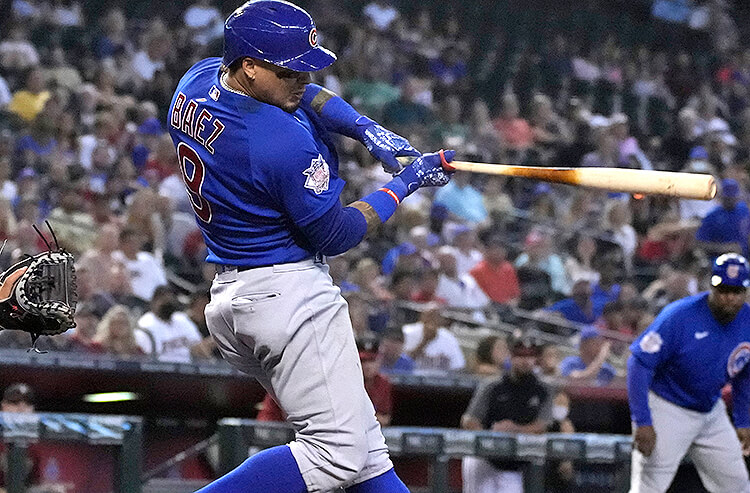 Cubs vs Cardinals Picks and Predictions: Chicago Has Great Value As A 'Dog Tonight
Provided by