The Chicago Cubs would like the rest of Major League Baseball to know that they're not ready to fade into the background – and a strong showing this weekend against a division rival will go a long way toward accomplishing that goal.

Brett Anderson (2-1, 2.65 ERA): Anderson has turned the clock all the way back to 2010, the last time he boasted an ERA this low over a full season. The journeyman southpaw is coming off a sensational outing vs. Pittsburgh where he held the Pirates to six hits over seven scoreless innings. He was, however, tagged for four runs in his season opener vs. the Cubs.

Kyle Hendricks (0-2, 6.92 ERA): This isn't the version of Hendricks that Cubs fans, bettors and fantasy players were expecting to see in 2021. He’s already surrendered five home runs over 13 innings, and was blitzed for seven runs over four rough innings vs. Atlanta last time out. He was dominant in his last meeting with the Brewers, throwing six shutout innings.

Brewers: OF Christian Yelich (Out), OF Lorenzo Cain (Out), 2B Kolten Wong (Probable).
Cubs: OF Joc Pederson (Out).
Find our latest MLB injury reports.

Milwaukee has won each of its previous five road games. Find more MLB betting trends for Brewers vs. Cubs.

The Cubs are favored in the -135 to -140 range for this game, which is interesting when you consider everything working against them. They're disadvantaged in the pitching department based solely on the overall numbers, and have already had their hands full with a Brewers team many experts have pegged to win the Central with ease.

Still, it's difficult to ignore how Hendricks looked in his lone meeting with the Brewers this season. That performance was much more in line with what we've come to expect from him in years past – and with Milwaukee still without Christian Yelich and Lorenzo Cain, the lineup is not nearly as dangerous as it would be at full strength.

Chicago has already given Anderson fits, and the Cubs offense is averaging eight runs over its previous five games. That's good enough for us to lean toward the home team in what should be an entertaining opener.

Look for Hendricks to return to form, which should help keep this game in the single digits. 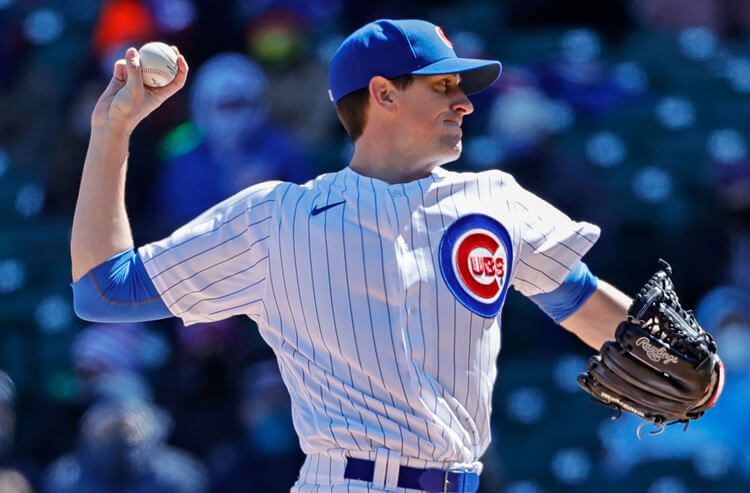