Two of the hottest teams in the National League resume their three-game set Tuesday in a great pitching matchup between Charlie Morton and NL Cy Young favorite Walker Buehler. Find out why we are backing the underdogs in our Braves vs. Dodgers picks.

The Los Angeles Dodgers send ace Walker Buehler to the mound Tuesday night after a 5-3 win in yesterday's series opener.

Los Angeles clubbed four homers off Drew Smyly to win for the 16th time in its last 20 contests, moving 1.5 games back of the San Francisco Giants for first place in the NL West. The Dodgers will look to cut into that lead further as heavy betting favorites against Charlie Morton and Atlanta.

Here are our best free MLB betting picks and predictions for Braves vs. Dodgers on August 31.

Charlie Morton (12-5, 3.60 ERA): Morton fanned nine but got roughed up for four runs on six hits over five innings in a loss to the Yankees his last time out. Before that, he had gone four straight starts in August working six innings and surrendering two runs or fewer. He has held opponents to a .209 batting average this season, which is the 10th-best mark among qualified starters.

Walker Buehler (13-2, 2.02 ERA): Buehler's worst month this season was April, when he posted a 3.16 ERA over five starts while working at least six innings in all of them. He's been downright dominant since, posting an MLB-best 1.77 ERA since the start of May while holding hitters to a minuscule .525 OPS. Teammate (and co-ace) Max Scherzer is the only pitcher holding hitters to a lower batting average than Buehler's mark of .186.

Braves: None.
Dodgers: None.
Find our latest MLB injury reports.

The Under is 4-0 in the Braves' last four road games. Find more MLB betting trends for Braves vs. Dodgers.

Both teams are playing really good ball, with the defending World Series champs looking like the best team in baseball while the Braves have reeled off wins in 18 of their last 24 games. Before dropping last night's series opener, Atlanta had won 13 consecutive contests on the road to help it jump into first place in the NL East.

The two sides, which met in last year's NLCS, have nearly identical offensive numbers on the season and rank as two of the game's better power-hitting teams with Top-10 marks in homers, slugging, and OPS. Los Angeles has had the edge in pitching but Atlanta's arms, including Morton, have been throwing really well and the team ranks fifth in ERA since the All-Star break.

Los Angeles is rightfully a favorite behind Buehler, the NL Cy Young odds leader, but the Braves are better than their record indicates. They are fourth in the NL in run differential, have played at a .627 clip since the start of July, and have scored more runs than all but three teams post-ASG — despite being without their best player in Ronald Acuna Jr. They aren't the same club that was one of the sport's biggest underachievers through the first three months of the season.

Atlanta likely can't slug its way to a win against Buehler, who has powered the Dodgers to wins in five of his last six starts and 18 of 26 on the season, but Morton is a tough assignment in his own right.

Morton certainly isn't Buehler but he's been a 3-plus WAR pitcher this season and his swing-and-miss stuff makes him capable of shutting down tough lineups. This may very well be the last time this season you'll be able to get the first-place Braves as a +170 underdog, so we're jumping on it: The value is simply too good to pass up.

As powerful as the Dodgers' offense is, they haven't exploded for a bit, going 11 consecutive games without scoring more than five runs. Morton will be a tough opponent to break that streak against.

The right-hander works deep, has allowed three runs or fewer in eight of his last nine starts thanks to an ability to keep the ball in the yard, and misses plenty of bats with his nasty curveball to help him escape jams. He has struck out 28.9 percent of the batters he has faced this season, which is the second-best mark of his career.

The story with Buehler is pretty simple: No one can really hit him and his deep arsenal. He has allowed more than three runs in a start just three times in 26 outings and has reached the six-inning threshold in all but one of them. The Dodgers will ride him (he's third in the majors in innings pitched) which forces teams to try to do damage in the late innings against Los Angeles' bullpen that has the fourth-best ERA in baseball.

It's a low total, but these two starters don't allow much, giving both bullpens — which have been going strong, with L.A. relievers first in ERA over the last month and Atlanta eighth — some room for error while still getting us Under this number. 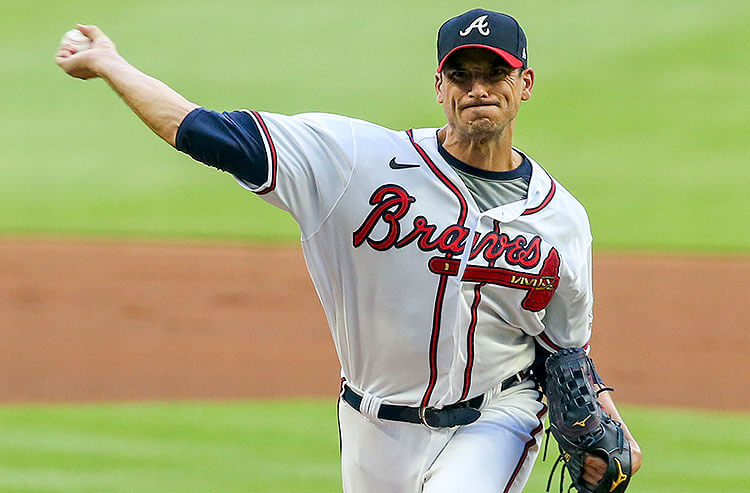