After blowing out Detroit in the series-opener, the Jays' bats fell flat, losing 3-1. Behind a quality start from Ross Stripling and a bounceback performance from the lineup, our MLB picks are expecting the Jays to claim the finale in convincing fashion.

The Detroit Tigers bounced back on Saturday, beating the Toronto Blue Jays 3-1 after getting hammered on Friday, 10-1.

Now the Tigers will try and get their second win in the three-game series but are facing Ross Stripling, who pitched a shutout his last time out. The Tigers counter with Tarik Skubal, who is equally as hot.

Who will get the rubber game in this series, the Blue Jays or the Tigers? Find out who we're backing with our free MLB betting picks and predictions for Blue Jays vs Tigers on June 12.

Ross Stripling (2-1, 3.65 ERA): Stripling began the season as a starter, but after struggling in two starts in May, he was relegated to the bullpen. Now the 32-year-old right-hander is back in the starting rotation because of an elbow injury to Hyun Jin Ryu. In his first outing back as a starter last Monday, Stripling pitched five innings, shutting out the Kansas City Royals and allowing just one hit.

Tarik Skubal (5-2, 2.33 ERA): The 25-year-old lefty is the lone bright spot on the Tigers’ starting rotation. Skubal is the only starter with a winning record and his ERA is the lowest of the starting staff. Skubal’s last start was last Tuesday against the Pittsburgh Pirates. He went seven innings, allowing three runs and six hits, and claimed his fifth win.

The Blue Jays are 6-2 in their last eight meetings in Detroit. Find more MLB betting trends for Blue Jays vs. Tigers

The Toronto Blue Jays are fighting to stay in second place in the American League East and can ill-afford to be losing a season series to the Detroit Tigers, who are battling just to stay out of last place in the AL Central.

They are ninth in home runs with 72, led by Vladimir Guerrero Jr., who has 13. George Springer has 12 and Bo Bichette also has 10.

Other than Miguel Cabrera, who is the only Tiger with 100 or more at-bats that is flirting with .300, the team doesn’t have much else. They did get a boost when Victor Reyes returned from injured reserve and had three hits on Saturday.

Now the Tigers will be facing a motivated Stripling, who is trying to prove that he belongs back full time on the Blue Jays’ starting rotation.

This matchup between Stripling and Skubal has the makings of a pitcher’s duel. The two have been performing well as of late.

Stripling, both as a starter and reliever, hasn’t been giving up many runs. On last Monday’s start, he shut out Kansas City, and as a reliever, has allowed six runs in six appearances. The five innings matched the longest appearance he's had this season.

What has worked for Stripling is a mix of fastballs, sliders, and changeups, with the occasional sinker or knuckle curve. If he performs as he did in his last start, Stripling will be able to shut down the Tigers.

Skubal should also keep the Blue Jays' bats at bay, though probably not as effectively as Stripling. The lefty has to work through a lineup that has several players that can take him deep.

Though homers are not an issue with Skubal, only allowing three all year, he has also calmed down run-wise as well. In April, Skubal allowed 12 runs. In May, it was five and he had one extra start.

The Under is 4-1 in the last five meetings between the two in Detroit. I think they make it 5-1 on Sunday.

Toronto pounded the Tigers on Friday, then only managed one run on Saturday. So which team will show up on Sunday? Will it be the one that hung 10 on the Tigers or the one that struggled against a rookie pitcher?

I think it will be the former. I don’t think they're reaching double digits on Sunday, but they will surely score better than they did on Friday.

Skubal is an effective pitcher, but of his last six starts, three of them came against teams with a losing record. He will not allow too many runs, but I think enough for Toronto to cover the run line.

Stripling should do his part to get the Blue Jays a victory. Besides, the Tigers’ offense isn’t really too much of a threat.

The Blue Jays might not blow out the Tigers as they did on Friday, but they should be able to handle them once more. 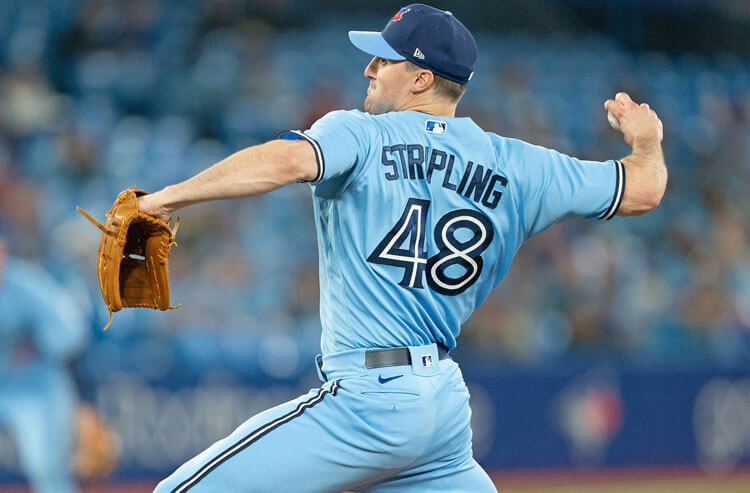