The Jays and Sox fought in a back-and-forth game on Friday night, and we could get more Fenway fireworks in Game 2 Saturday. Can the two again top a high total? Find out in our picks and predictions for Blue Jays vs. Red Sox.

The opener between the Toronto Blue Jays and the Boston Red Sox on Friday night was exactly what you would expect from two of the American League’s best lineups, a back-and-forth affair with plenty of runs.

Game 2 could be more of the same as a pair of starters who run hot-and-cold face off, with Steven Matz toeing the rubber against Nick Pivetta. But is 10 a total that is too high even for these sluggers?

Find out in our MLB free picks and predictions for Blue Jays vs. Red Sox on Saturday, June 12, with first pitch scheduled for 4:10 p.m. ET.

Steven Matz (6-3, 4.50 ERA): Matz’s season has been as much of a roller coaster as any pitcher in baseball and right now he is on a bit of a downslope again. The lefty has allowed six earned runs on 12 hits while striking out seven, compared to four walks in 9 1-3 innings over his last two starts.

Nick Pavetta (6-1, 3.78 ERA): Pivetta has been a pleasant surprise for the Red Sox rotation but after a solid start to the season, he is coming back down to Earth. Pivetta has a 4.98 ERA and a 1.52 WHIP over his last four starts and is coming off a performance against the Marlins where he gave up two runs on seven hits and three walks in 4 2-3 innings.

The Red Sox are never out of a baseball game. They trailed Game 1 of this series against the Blue Jays 5-1, but thanks to an offense that doesn’t quit and a Blue Jays bullpen that has mastered the art of choking away games, the Red Sox won their major league-leading 23rd come from behind victory this season.

Boston now trails the Tampa Bay Rays by one game in the AL East standings while Toronto has now dropped five of its last seven games to sit 6.5 games behind the Red Sox.

The Red Sox’s lineup continued to roll in the 6-5 win and they are scoring 5.56 runs per game over their last nine games, and don’t count on that stopping against Matz and Co.

Matz has allowed four or more runs three times in his last four starts and opponents are hitting a ridiculous .320 against him over his last eight starts. Next, he faces a Red Sox lineup that ranks sixth in batting average against southpaws.

While Pivetta will have his hands full with a very dangerous Blue Jays lineup, it’s hard to have faith in a Toronto team that has a bullpen that is in shambles right at the moment. They rank 19th in ERA and opponent average the last two weeks. This is a good price to bet the BoSox.

The Blue Jays rank fifth in scoring, putting up 5.04 runs per game, third in batting average and home runs, and now get a good matchup against Pivetta. The right-hander is allowing opponents to hit .276 with a .826 OPS over his last four starts. The includes four runs on seven hits against the Blue Jays back on May 20 in a game that ended as an 8-7 Red Sox win.

Even with a number this high bet the Over and sit back, crack a beer, and watch the runs pile up. 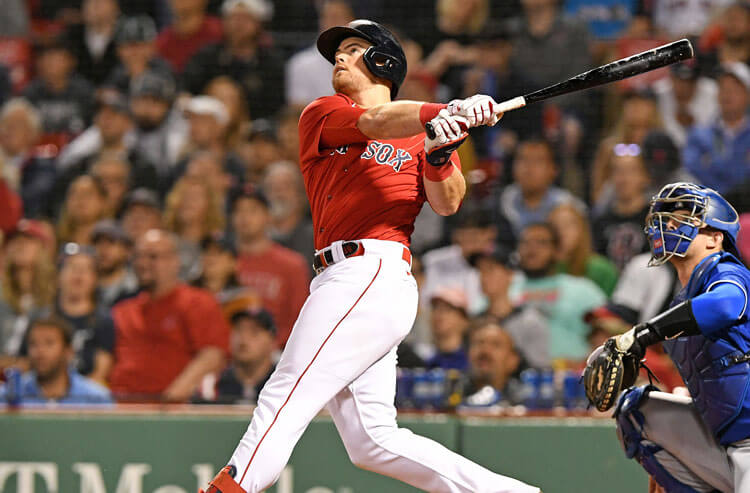 Blue Jays vs Red Sox Picks and Predictions: Taken to the Matz
Provided by