The Cubs and Cardinals will renew one of the best rivalries in the Majors on Saturday. Can the Cubbies reward a full Wrigley with a win? Check out our picks and predictions for Cardinals vs. Cubs.

On Saturday, June 12, the Chicago Cubs host the St. Louis Cardinals at Wrigley Field in Chicago, Illinois. This game is set to start at 7:15 p.m. ET and you’re going to want to be in front of a television for it. These are two rock-solid NL teams, and this is one of the better rivalries in baseball.

Will Chicago defeat St. Louis in the second game of this series? You’ll have to keep reading our free MLB betting picks and predictions for Cardinals vs. Cubs to find out.

John Gant (4-3, 2.63 ERA): Gant got clobbered in his last trip to the hill, allowing seven earned runs on seven hits in a four-inning outing against the Cincinnati Reds. The righty allowed two homers in that game, but it was the first time he let one leave the ballpark since April 18. Overall, the 28-year-old has had a superb season for St. Louis, and he’ll look to get right back on track here.

Kyle Hendricks (7-4, 4.59 ERA): Hendricks has rebounded from a miserable start to the season, as the righty has allowed three or fewer earned runs in six of his last seven starts. He also happened to have pitched 6.2 innings of one-run ball in a 12-3 win over this Cardinals team on May 21, so he knows what it takes to get the job done against this lineup.

The Cubs are 8-1 in their last nine games as home favorites. Find more MLB betting trends for Cardinals vs. Cubs.

Hendricks pitched really well the last time he faced St. Louis, allowing just one earned run in 6 2-3 innings of work. That game was played at Busch Stadium, but Hendricks now gets them again at Wrigley. In his career, Hendricks is 39-23 with a 2.69 ERA when pitching in Chicago, and he’ll now get to work against a Cardinals team that has a Bottom-10 collective on-base percentage in Major League Baseball. Realistically, it’d be somewhat surprising if the 31-year-old can’t repeat his success from that May 21 start. Hendricks has seemingly worked out the mechanics issue he was having earlier in the season.

Gant has been a nice starting option for St. Louis this season, but look for Chicago to do just enough to get out of this one with a victory tonight. Anthony Rizzo is a player to keep an eye on in this game. The lefty slugger is 5 for 9 with a double, a homer and two RBI against Gant in his career, and he also comes into this game with homers and in two of his last three. He’s really seeing the ball well at the moment, so it wouldn’t be too shocking if he goes yard again here.

Willson Contreras is another guy that might be able to come through for the Cubs, as he is 2 for 6 with an RBI against Gant, and he has also been hot recently. The 29-year-old has homered in back-to-back starts for Chicago.

If you don’t want to lay the juice in this one, Chicago isn’t a bad play on the run line. Overall, there’s a lot working against St. Louis.

Gant allowed seven earned runs in his most recent start, but that was his first time allowing more than three earned runs all season. He has actually had five starts in which he gave up none, and he had another two where he gave up only one. He’s just been super effective on the bump this year, and it’s hard to envision a scenario in which he gives up four or five runs here.

With that said, this game doesn’t appear likely to go Over the 9.0-run mark, especially with Hendricks on the other side. The only way this one ends up being super high-scoring is if both pitchers are forced out of the game a little earlier than expected. 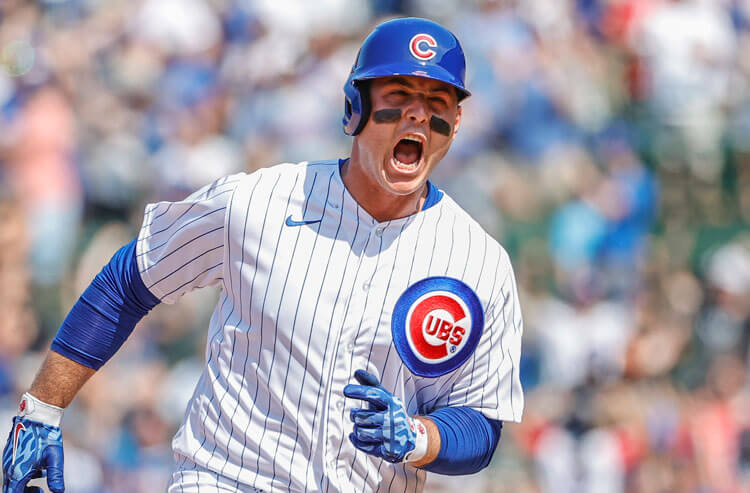 Cardinals vs Cubs Picks and Predictions: Full House at Wrigley
Provided by