Astros vs White Sox Picks and Predictions: Rodon Repeats In Containing the Astros

Carlos Rodon has been dealing all season, including holding Houston to one run over seven innings a month ago. In our MLB picks and predictions today, we expect Chicago's star lefty to contain the Astros once again.

Opening dropping the series opener, the Chicago White Sox beat up on the Houston Astros last night and they’ll look to take this three-game series with a win in Sunday's finale.

Chicago is a heavy MLB betting home favorite with star southpaw Carlos Rodon on the mound, but the Astros are countering with their own dynamite young lefty as well.

Will Chicago win back-to-back games against Houston? Find out in our Astros vs. White Sox picks and predictions for Sunday, July 18, with first pitch set for at 2:10 p.m. ET.

Framber Valdez (5-1, 2.98 ERA): Valdez had trouble in his last trip to the mound, as he gave up two earned runs in just four innings of work against the New York Yankees. The lefty walked six batters in that game and he also gave up six hits. That performance also followed up another one in which Valdez gave up five earned runs against the Oakland Athletics. The 27-year-old has done some impressive things this year overall, but he needs to get back on track.

Carlos Rodon (7-3, 2.31 ERA): In his last trip to the mound, Rodon struck out eight hitters and gave up only one earned run in six innings against the Minnesota Twins. The lefty has been excellent all season, but it is worth noting that he’s been beatable when pitching at home this year. Rodon is 2-3 with a 3.02 ERA in 2021 when pitching in Chicago, compared to a perfect 5-0 with a 1.69 ERA on the road.

Astros: Alex Bregman 3B (Out), Pedro Baez RP (Out)
White Sox: Yasmani Grandal C (Out), Eloy Jimenez OF (Out), Luis Robert OF (Out), Nick Madrigal 2B (Out).
Find our latest MLB injury reports.

The White Sox are 6-1 in their last seven games. Find more MLB betting trends for Astros vs. White Sox.

The Astros may have the best offense in all of baseball, but the White Sox aren’t too far behind. That’s why this Chicago team is rolling at the moment, winning six of its last seven games, and this group has to feel good about its chances of winning this three-game set against Houston.

Rodon has only faced the Astros once this season, when the lefty tossed seven innings of one-run ball. He also struck out eight batters in what was ultimately a 2-1 loss and Rodon should be able to turn in a similarly impressive outing in this game — but don’t count on the White Sox struggling to provide him with run support in this game.

On the year, Chicago is fifth in the league in batting average against left-handed pitching, and the Sox are also third in OPS against lefties. This group really can torch southpaws on any given day, and the team just so happens to be facing one that is having a hard time finding his best stuff lately.

With Valdez struggling, don’t be surprised if Jose Abreu takes him yard in this one. The slugger hit a three-run bomb yesterday and he's hitting .306 in July, so he’s seeing the ball well right now.

Nine of Rodon’s last 12 starts would have gone Under this eight-run total, and there’s not a whole lot that suggests this game will be any different. The lefty has been dealing all year long, and he has already turned in a ridiculous performance against this Astros lineup this season.

The 28-year-old is more than capable of doing so again, even if he has been better when pitching on the road this year.

Also, while the White Sox have a good opportunity to get a crack at a struggling Valdez, they aren’t likely to score six or seven runs in this. Something like four or five should suffice with Rodon dealing. 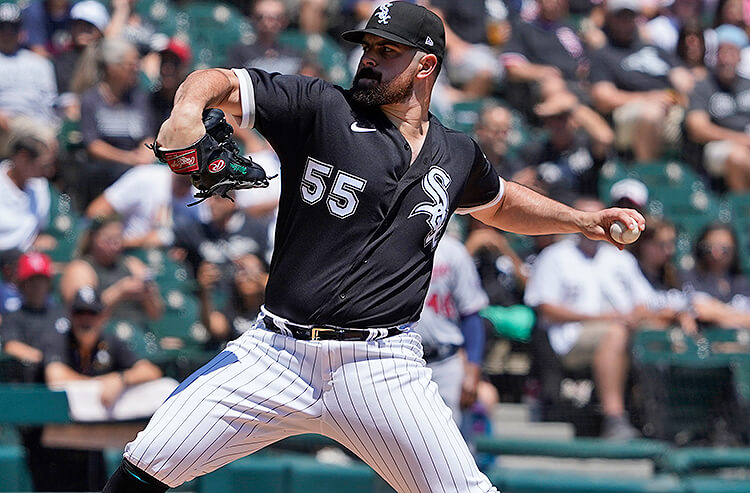 Astros vs White Sox Picks and Predictions: Rodon Repeats In Containing the Astros
Provided by