San Diego and Houston are sending young righties to the mound in this West Coast rubber match, but the line flipped from the Astros to the Padres. It seems like a weird MLB odds shift — but it's one that we're agreeing with as well.

These teams split the first two games in this series and despite the Astros opening as favorites, the line has flipped so it is the home Padres who are MLB betting favorites for the series finale.

Who do we think is taking this afternoon’s rubber match? Continue reading our Astros vs. Padres MLB picks and predictions, for September 5, to find out.

Luis Garcia (10-6, 3.23 ERA): The Astros have won in each of Garcia’s last five trips to the mound and the righty gave up two or fewer runs in four of those outings. On the year, Garcia has been extremely reliable for Houston, as he has only given up more than three runs four times in 25 appearances. The 24-year-old has, however, struggled a bit on the road — he has a 1.83 ERA at home but that number jumps to 4.85 on the road.

Chris Paddack (7-6, 4.61 ERA): Paddack has looked pretty good in his last few starts, as the righty has given up just four runs over his last 15 2-3 innings of work. Those numbers cover his last three trips to the mound but San Diego has actually won in each of his last four appearances. Paddack looked like he was going to be a stud after his rookie season, but he has struggled in each of the past two years — it’ll be interesting to see how he finishes off 2021.

The Padres are 9-3 in their last 12 interleague home games against right-handed starters. Find more MLB betting trends for Astros vs. Padres.

The early money in this game came in on the Astros, yet the odds are going in the opposite direction. Generally speaking, that means that the sharps see something they like with the Padres and that’s really the only explanation for this line: Houston is the better baseball team and has the advantage on the mound too.

With that said, this looks like a trap to take the Astros, so why not go the other way?

While Garcia has been the better pitcher than Paddack this year, Houston’s righty has had trouble on the road in 2021. Garcia has had only four starts all season in which he has given up more than three runs, and three of those came away from home. Now, the righty faces a Padres team that is 11th in the league in homers off right-handed pitching, while also posting the third-lowest strikeout rate against righties this year, which minimizes one of Garcia’s biggest strengths.

Nobody on San Diego has ever faced Garcia in MLB action, but the Pads have quite a few players that can make a rude first impression. It starts with NL MVP favorite Fernando Tatis Jr., who is hitting .294 with 30 homers and 68 RBIs against righties this season and is capable of hitting anybody. Tatis hit a bomb in last night’s 10-2 victory, as did Manny Machado and Wil Myers, who are also threats to go yard again in this one.

Also, while Paddack hasn’t been great over the last two years, we're starting to see glimpses of his promising rookie campaign. He has impressive stuff and has put the Padres in good positions to win games lately.

There’s no reason he can’t do so again, even against an offense as good as Houston.

In the first game of this series, the Under ended up pushing the total of 9.0, followed by last night’s game going Over because of the Padres scored 10 on their own.

This time around, we expect this game to be a bit lower scoring. As mentioned above, we rarely see Garcia gett shelled, which is why he hasn’t had a single start in which he has given up more than five earned runs this year.

If that trend continues, even matching his worst start puts this Under in play. It ultimately will come down to whether or not Paddack can keep the Astros offense in line, but we’ve seen some great stuff from the righty coming into this one, so he should be able to keep it rolling. 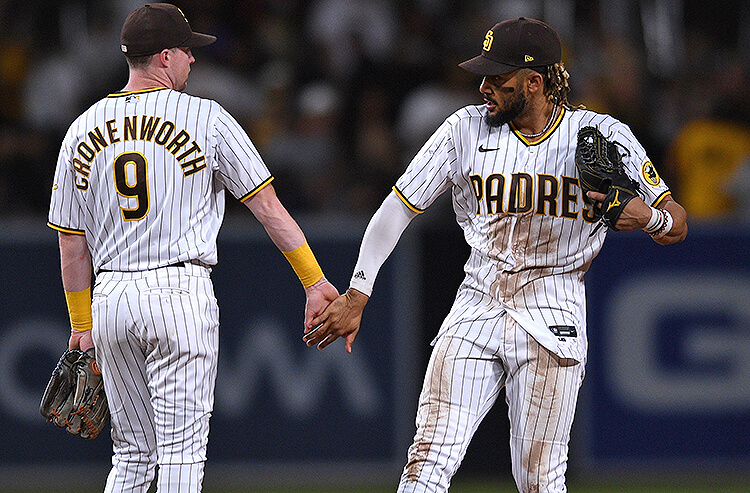