Indians vs Red Sox Picks and Predictions: Cleveland Has Great Value vs Pivetta

Cleveland will try to avoid a three-game sweep against Boston on Sunday afternoon. While the Sox have much more to play for, Boston is trotting out a struggling starter — making it hard for us to say no to the plus-money value the Tribe are offering.

The Boston Red Sox will be looking for their fifth win in a row when they host the Cleveland Indians at Fenway Park for a 1:10 p.m. Sunday matinee.

The Red Sox are currently battling the New York Yankees, while trying to fend off Oakland and Toronto, for home-field advantage in the AL Wild Card Game and are MLB betting favorites for today's contest.

Will Boston find a way to come away with a big win? Find out in our Indians vs. Red Sox picks and predictions for September 5.

Zach Plesac (9-4, 4.49 ERA): Plesac is coming off of one of his best starts of the year, striking out seven hitters in seven shutout innings against Kansas City on August 31. The 26-year-old has now given up two or fewer runs in three of his last four starts. It has been an up-and-down season for Plesac, who will look to stay hot on the road, where he is 6-3 with a 4.68 ERA this year.

Nick Pivetta (9-7, 4.67 ERA): In Pivetta’s last three starts, the righty has allowed 12 runs over just 10 2-3 innings of work, including not making it out of the second inning against the Yankees on August 18. The 28-year-old righty also happens to be much worse at home, where he has a 5.60 ERA in 13 starts this season.

The Indians are 6-2 in their last eight games against right-handed starters. Find more MLB betting trends for Indians vs. Red Sox.

The Indians will be playing to avoid a three-game sweep on Sunday, and there's reason to believe they should be able to do that. The Red Sox are still without Bogaerts at the moment, so losing three in a row to them would be unacceptable. Things have also fallen into place for Cleveland as Pivetta is one of the most beatable starters the team can possibly face.

One thing worth keeping an eye on in this game is that Harold Ramirez and Amed Rosario are a combined 6 for 13 against Pivetta in their careers. It would be big for the Tribe if the two of them can provide some offense in this game. Also, Austin Hedges is 2 for 6 with two homers against Pivetta in his career.

There’s no guarantee any of these guys will play, but it’s telling that Cleveland has some guys with success against Boston’s starter in this game, who can help provide offense alongside key hitters Jose Ramirez and Franmil Reyes.

Plesac also happens to be pitching well coming into this game. The righty has struggled to find consistency this year, but we’ve seen what he’s capable of in the past. Plesac had a 3.81 ERA as a rookie, and he had a 2.28 ERA in eight starts last year. This recent stretch from the righty is more believable than what we saw earlier in the year — when the righty did irreparable damage to his ERA.

The Indians are right in the middle of the pack in home runs off of right-handed pitching this year and Pivetta has allowed three over his last two starts. He has also given up 12 hits over those outings, and he did so in just nine innings of work. With that said, Cleveland should be able to put some runners on and the team will likely make the righty pay for it at some point.

At the same time, the Red Sox have the third-best batting average in the league against righties in 2021. Boston should be able to turn in a pretty big offensive performance in this one — if not off Plesac, then possibly off an Indians bullpen that has coughed up seven runs in the first two games — and this total just seems a little low for this game. 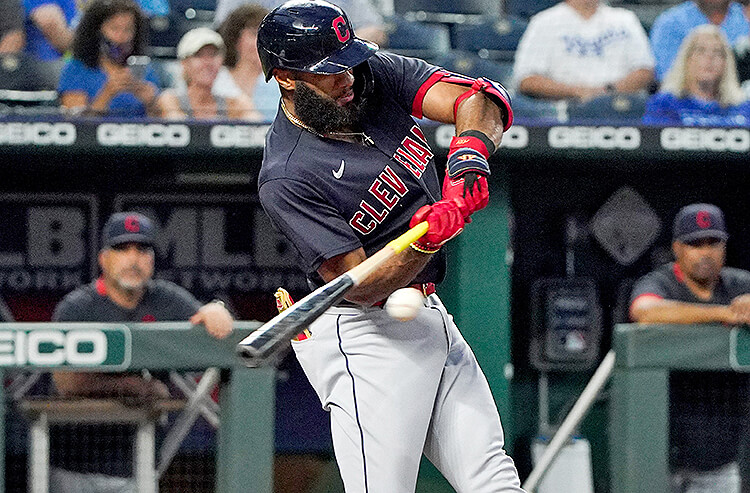 Indians vs Red Sox Picks and Predictions: Cleveland Has Great Value vs Pivetta
Provided by