Dodgers vs Giants Picks and Predictions: Battle for First in NL West

The Dodgers and Giants wrap up their three-game set on Sunday Night Baseball with first place in the NL West on the line. L.A. enters the finale as huge betting favorites behind ace Walker Buehler. Find out who we like in our Dodgers vs. Giants picks.

The Los Angeles Dodgers will send National League Cy Young betting favorite Walker Buehler to the mound Sunday night against the San Francisco Giants with first place in the NL West on the line.

The Dodgers evened the series yesterday with a 6-1 victory and will see another bullpen day from the Giants. Dominic Leone, who has never made an MLB start, will open the game for San Francisco. The one-sided pitching matchup saw Los Angeles open as heavy -200 favorites, with the total sitting at 8 and leaning to the Under.

Here are our free MLB picks and predictions for Dodgers vs. Giants on September 5.

Walker Buehler (13-2, 2.05 ERA): The Giants are getting a heavy dose of elite pitching as they battled Julio Urias yesterday and now have to deal with arguably the best — healthy —  pitcher in baseball. The Dodgers’ ace has made a big push for the Cy Young and a lot of that has to do with his 1.46 second-half ERA. Batters are hitting just .175 off of Buehler since the All-Star break and have just three homers in 61 innings. The L.A. starter has dominated the Giants this year over five starts, going 3-0 with a 0.79 ERA.

Dominic Leone (3-3, 1.86 ERA): The Giants are struggling to fill rotation spots with Johnny Cueto on the IL and having to use a bullpen day yesterday. They'll turn to reliever Dominic Leone to Open Sunday’s match. San Francisco used eight arms yesterday and although they only gave up six hits, two were home runs and the six walks didn’t help either. Leone has never made a start in his eight-year MLB career and will likely only last a single inning since 41 of his 42 appearances have lasted just three outs or fewer.

Dodgers: AJ Pollock OF (Out), Scott Alexander RP (Out), David Price RP (Out).
Giants: Tommy La Stella 2B (Out), Alex Dickerson OF (Out), Wilmer Flores 2B (Out).
Find our latest MLB injury reports.

The Under is 5-1-1 in the last seven meetings. Find more MLB betting trends for Dodgers vs. Giants.

A lot is on the line under the primetime lights of Sunday Night Baseball as the winner of today’s late match will take the outright lead in the NL West. San Francisco took the first game of the series in a dramatic 3-2 victory while the Dodgers evened the series last night with a 6-1 win over the Giants’ bullpen. The season series shows no advantage to either team with each club winning nine of the 18 meetings this year.

A big problem for the Giants lately has been the offense, which is why the home side is 3-6 SU over its last nine. Over that stretch, San Francisco is scoring just 2.66 runs per game and hasn’t scored more than five runs in 11 straight contests. The Giants went 1-for-8 with RISP last night and pushed their dismal total to 10-for-74 with RISP over their last seven games — good for a .135 batting average.

The SF offense is also looking a little weaker with Wilmer Flores out and Mauricio Dubon's .637 OPS replacing him at SS. This is not an offense that you want to invest in right now and with the uncertainty of the pitching, we have to take the visitors who are riding a 17-4 SU streak.

It’s a bold strategy to have bullpen games on back-to-back days against one of the best teams in baseball. It didn’t work in the Giants’ favor yesterday and one would think that it won't be any better less than 24 hours later. This is the 19th meeting between the two clubs this season so the Dodgers’ bats have seen plenty of San Francisco's relievers.

Yesterday, the Giants closed at +144 and that was a price we could get behind, but after using most of the bullpen yesterday and facing an even more difficult task on the mound today, we aren’t biting. It’s the favorite on the runline for us Sunday night.

Another Giants game, another Giants Under. After last night’s 6-1 Under, San Francisco moved to 3-13-1 O/U in its last 17 games. If you’re expecting the Giants to snap out of their offensive funk against Buehler, you’re playing the low-probability game. The L.A. starter has seen plenty of the Giants this year (five starts) and has held them to a .177 AVG and .493 OPS over 113 at-bats.

San Francisco is 4-for-30 with RISP in the series and has yet to go deep. The home team will obviously find its offensive stride again but we doubt it's coming against one of the best pitchers in baseball who has a track record of shutting down the Giants.

The Dodgers are also padding Under backers’ pockets of late, riding a nine-game Under streak. Buehler went 1-4-1 O/U across six August starts and the way he's pitched in five starts against the Giants this year, L.A. will have to do most of the scoring if the Over is to hit.

That could be asking a lot for a team that is hitting .197 over the last 10 games and scoring just 3.41 runs per contest over that stretch. AJ Pollock is out, meaning struggling Cody Bellinger will sub in, taking a miserable .556 OPS and .169 average into the finale. This is a top-heavy L.A. offense that is having difficulty playing runs.

Oracle Park has been aiding pitchers all weekend and Sunday will be no different. Ballparkpal has Oracle as the most hitting-suppressive park on the slate for the third straight day, and only two home runs have been hit there all weekend. We’re going back to the well again on Sunday and hitting the Under 8. 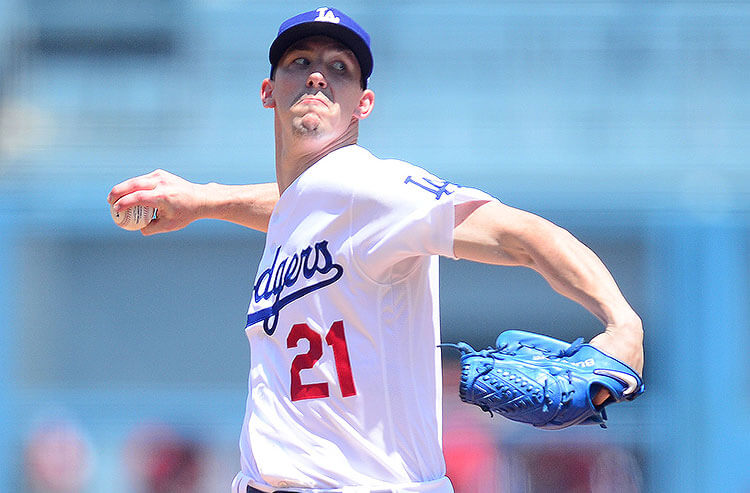 Dodgers vs Giants Picks and Predictions: Battle for First in NL West
Provided by