Bill C-218 has received royal assent, the final step in the legislative process and the beginning of a new era for Canada's sports-betting industry.

A bill that will make it legal in Canada for provinces to offer single-game sports betting is now law after the legislation received a ceremonial and final approval.

The Senate of Canada was informed Tuesday night that Bill C-218, the Safe and Regulated Sports Betting Act, received royal assent from the country’s chief justice and current government administrator, Richard Wagner. The House of Commons was then advised of the move through its official record.

Wagner's approval is the final step in the legislative process, as it follows both the appointed Senate and the elected House passing identical versions of Bill C-218.

Prime Minister Justin Trudeau and his cabinet will now have to set a date for the legislation to come into force, which will be done with a legal instrument called an order-in-council.

On that day, Canada's provinces and those they license could offer single-event sports betting on everything except horse racing, pari-mutuel wagering on which will remain under federal oversight.

Bill #C218 has received Royal Assent, which will take effect once the House of Commons has been advised: https://t.co/G5goym5sXI #SenCA #cdnpoli pic.twitter.com/GiyK4LZj6i

It has been a long and winding road for C-218, a private member’s bill that was first introduced in February 2020 by Conservative MP Kevin Waugh. The bill amends Canada's Criminal Code to make it legal for provinces or their licensees "to conduct and manage a lottery scheme in the province that involves betting on a race — other than a horse-race — or fight, or on a single sport event or athletic contest," its summary says.

The legislation faced an uphill climb from the start because it was not a government bill. It was also not the first bill to try to end Canada's longstanding single-game betting ban, as previous pieces of legislation aimed at expanding wagering options beyond parlays and the ponies failed to make it across the finish line in Parliament.

One such bill, C-290, was introduced in 2011 and was passed by the House of Commons in 2012. However, the legislation ran into opposition from professional sports leagues, languished in the Senate, and then died there when a federal election was called in 2015.

This time was different, though. And, ultimately, it was enough to help pass a single-game sports betting bill into law, providing an opportunity for provinces to try to regulate the billions of dollars in solo-event wagering activity already estimated to be happening in Canada.

“This is the third legislative attempt to get a bill passed, and it finally worked,” said New Democratic Party MP Brian Masse, who sponsored single-game betting legislation in the past, in a June 24 press release. “The two previous times it started as just an NDP bill and we built cross-party support over time but it never got over the goal line.”

Change in the weather

Waugh drew an early number for the order to introduce a private member’s bill, which he used for C-218. The bill also got a boost from a shift in public and political support.

One driving force has been the spread of legal sports betting in the United States following a 2018 decision by its Supreme Court.

States that have legalized include some that are bordering Canada and that compete with their northern neighbor for tourism and hospitality dollars. The Canadian gaming industry saw single-game sports betting as a way to level the playing field and to give the sector a boost as the COVID-19 pandemic recedes.

“Single-event sports betting is not a cure-all, but it can be an important part of any plan to support our gaming and sports industries,” Waugh said last November. “It can provide not only a significant new source of revenue for sports leagues, but it will drive increased interest in individual games and events.”

Previous efforts to bring in single-game wagering in Canada have also been opposed by professional sports leagues, such as the National Hockey League, which spoke out against C-290. According to the league, that bill would have jeopardized the integrity and the public’s trust in professional sports.

Yet with C-218, some of the legislation’s most influential supporters were the leagues. In June 2020, the commissioners of the NBA, NHL, MLB, MLS and CFL all said they supported the kind of tweak that C-218 would make.

“Though the NHL had previously opposed single-event sports wagering, for the reasons we stated publicly on the record, the reality is that the landscape in North America has changed,” said Keith Wachtel, the league’s chief business officer and senior executive vice president of global partnerships, during a House committee meeting in March. “Our experience in the United States since 2018 has demonstrated that a well-regulated marketplace that both advances and protects the interests of relevant constituencies can be established in a safe and responsible manner.”

The legalization of single-game sports betting not only had the support of the leagues this time but the blessing of the federal Liberal government as well.

In November 2020, Justice Minister David Lametti introduced legislation that proposed to decriminalize single-event sports betting. The bill, C-13, wound up stalled in the House of Commons due to the progress made by C-218.

The idea, however, was supported by Prime Minister Trudeau and others in his cabinet. Trudeau even voted in favor of the second reading of C-218 in February 2021, and then gave a big smile.

“This is a demonstration of what Canadians send parliamentarians from all parties to do, work together to achieve solutions for everyone,” the NDP’s Masse said.

C-218 was passed by the elected House of Commons in April after a slight tweak, which ensured betting on horse racing would remain regulated by a federal agency. The appointed Senate then began its work, putting the legislation through a similar review process.

Some senators had concerns about the bill, particularly in connection with the specter of match-fixing and the legislation's potential effect on Indigenous gaming rights. Two amendments were proposed at the third-reading stage related to those concerns, which, if they had been adopted, would have required the legislation to go back to the House of Commons.

One amendment would have amended the Criminal Code to specifically allow for an Indigenous council or government to run a “lottery scheme,” including sports betting, under an agreement with the federal government.

Such an amendment had been sought by the Mohawk Council of Kahnawà:ke, which owns Sports Interaction. According to the Mohawk, C-218 will put them at a disadvantage, as the Criminal Code makes no mention of Indigenous gaming rights, while extending legal cover to the provinces. This could scare away potential partners and undermine their business, the council warned.

“It is the right thing to do,” Manitoba Sen. Marilou McPhedran said during a June 21 debate on the amendment. “If it requires the bill to return to the other place, so be it. We’re beholden to the responsibility to provide sober second thought, not to the gaming calendar of the day.”

While a return to the House would not have necessarily spelled the end for C-218, it certainly would have increased the chances.

One such threat was due to the federal Liberal government lacking a majority of seats in the House of Commons, forcing it to work with other political parties or risk an election. Moreover, rising COVID-19 vaccination rates and falling infection numbers have been increasingly stirring talk about a potential election, which would spike any bills that haven’t been passed.

The House of Commons adjourned last week until September 20, and the Senate has now adjourned until September 21. If C-218 had not passed both chambers in identical form before those recesses, it could have been left hanging over the summer.

“I’m concerned that any amendment, if adopted at this late date, would delay this bill for an unknown period of time,” Saskatchewan Sen. Brent Cotter said during a June 21 debate on C-218.

Supporters of C-218 argued the amendments were either unnecessary or beyond the scope of the bill. Existing provisions in the Criminal Code could be used to address any attempted match-fixing, they said, while responsibility for gaming lies with the provinces, which can work out agreements with Indigenous entities.

“Currently, there are no provincial safeguard regulations pertaining to single-event sports betting given the underground nature of existing operations,” said Sen. David Wells, C-218’s sponsor in the Senate, during a June 17 debate. “This makes it more likely that minors will participate in betting and more challenging to detect match-fixing.”

Those and other arguments proved persuasive enough for enough senators. C-218 was passed by the Senate on June 22, unamended, by a vote of 57-20 in favor of the legislation.

Bill C218 - the Safe and Regulated Sports Betting Act (single event sports betting) has been granted Royal Assent by the Office of the Governor General. A long road and a great result for Canada! #cdnpoli #nlpoli @KevinWaugh_CPC @SenateCA

The Senate's approval left royal assent, which was granted on Tuesday by Canada's top judge. An order-in-council will now need to be issued giving the exact date C-218 comes into force.

The provinces will then decide what exactly single-game betting will look like within their respective borders. Ontario, for instance, is eyeing an internet gaming market that could allow private-sector firms to compete against one another for business and bets, while others may opt for something more restrictive.

“It is the provinces, through the provincial gaming regulators, who will work to ensure sports wagering is delivered with the proper level of control and oversight,” said Paul Burns, president and CEO of the Canadian Gaming Association, during a June 2 Senate committee meeting.

There are various rules expected to be outlined by the provinces, Burns said, such as which sports can be bet on and who can wager.

At the very least, though, the legal sports betting that Canadians currently enjoy could soon be expanded to include single-game bets.

“In conclusion,” Burns said, “only by regulating single-event sports wagering can we be sure that consumers are protected, that athletes and sports are protected, that the economic benefits stay in the provinces in which they are generated and that Canadian businesses can compete on a level playing field.” 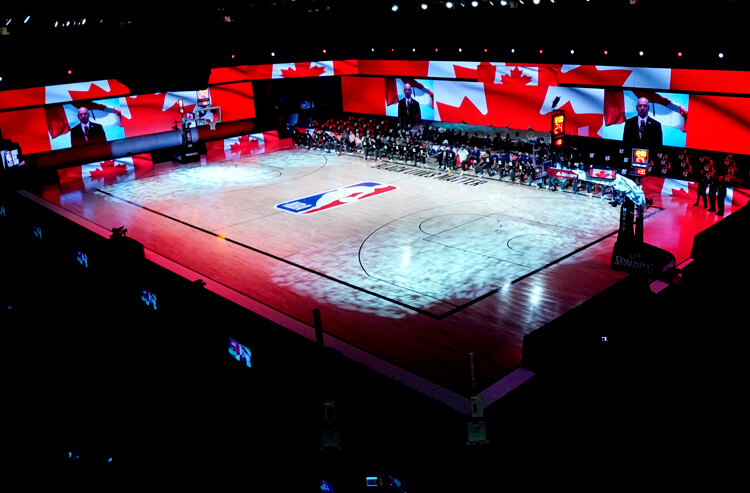