‘As fast as I can move’: Single-game sports betting in Canada could start this year, supporters say

If and when Canada legalizes single-game sports betting, provinces and the gaming industry are preparing to offer it posthaste.

If Canada legalizes single-game sports betting this month, it's possible that gamblers could start making solo-event wagers before the end of 2021.

There is currently a longstanding ban in place in Canada on single-game bets, which forces gamblers to resort to parlays if they want to legally wager on sports. There is also proposed legislation currently before the Senate of Canada that would legalize single-game sports betting and allow for the provinces to offer it to consumers.

The tweak that could be made by Bill C-218 would mark a monumental shift for sports betting in Canada and would be welcomed by its most populous province, Ontario, which is aiming to include single-game betting in a new internet gaming market it wants to launch before the end of the year.

Asked on Wednesday about how soon after the passage of C-218 that the province could start offering single-game bets, Ontario Attorney General Doug Downey suggested it would be when they could get their competitive market for internet gaming up and running.

“As fast as I can move,” Downey said in an interview with Covers.

Sooner rather than later

The launch of Ontario's new iGaming framework is being targeted for late 2021, when it could start allowing private-sector gambling companies to legally offer their games to consumers. And while sports-betting parlays would likely be included in the new market no matter what, legal single-game wagering is something the province wants in as well.

“We're designing it for it to be part of that,” Downey said.

Downey is not the only backer of C-218 who is keen to start single-game betting in Canada  — and soon. With that in mind, there is work already being done by provinces and members of the gaming industry to be ready for single-game betting if and when it's ever sanctioned by the federal government.

That blessing from Ottawa is still in the works, with Senate committee hearings on C-218 having begun Wednesday evening.

Wednesday's meeting did provide another idea of just how quickly major players could offer single-game betting in Canada if the proposed legislation becomes law. Paul Burns, president and chief executive officer of the Canadian Gaming Association, testified that provincial lottery corporations could be prepared to start taking single bets through their websites by Labour Day (September 6).

Those provincial lotteries are already taking parlay wagers on sporting events, but they are keen to bolt on single-game bets too. The British Columbia Lottery Corp., for instance, said in May that Bill C-218 would allow it to provide single-game betting “almost immediately” on PlayNow.com, an online gambling website that is owned and operated by the Crown corporation.

“The sports product is there, it's being offered today,” Burns told senators on the committee.

Yet time is running out to get C-218 passed before Parliament shuts down for the summer. There is the threat of an election looming larger and larger over Ottawa as well, which would kill the bill if it happens before the legislation passes.

A failure to turn C-218 into law would likely disappoint more than a few members of Canada’s gaming industry and its provincial backers. It would also leave Canada and its provinces lagging even further behind the United States when it comes to sports betting, a trend that has been an issue for casino towns located north of the border.

“I don't want to miss the window of it disappearing and having to start all over again because of a federal election or anything else,” Downey told Covers.

Ontario’s vision for competitive iGaming is a major reason why Downey and Finance Minister Peter Bethlenfalvy wrote to government and opposition leaders in the Senate in April to express the provincial government's support for legalizing single-game betting and to urge the speedy passage of C-218.

The Ontario politicians also noted that "a significant portion of Canadians" is already able to access any internet gaming site around the world, even with the existing laws in place. The new iGaming framework would try to shift consumers away from those operators.

My colleagues @PBethlenfalvy @StanChoMPP and I recently wrote to Senate leaders in support of timely passage of Bill C-218, which would legalize single event sport betting across the country. 1/2 pic.twitter.com/JoaOxGmKD7

While Ontario is waiting to see the final form of Bill C-218, Downey suggested there could still be “other avenues” through which the province could allow single-game bets to be placed beyond its iGaming framework. One possibility could be government-owned Ontario Lottery and Gaming Corp., although Downey said he could not speak for the company.

Even if C-218 does not become law, Ontario would weave sports betting into its iGaming model anyway, albeit in parlay form.

“I think sports are a huge component of it, but … we'll design the iGaming so that it can be a plug-in if it has to be after, but I'd rather it be part of the original piece,” Downey said. 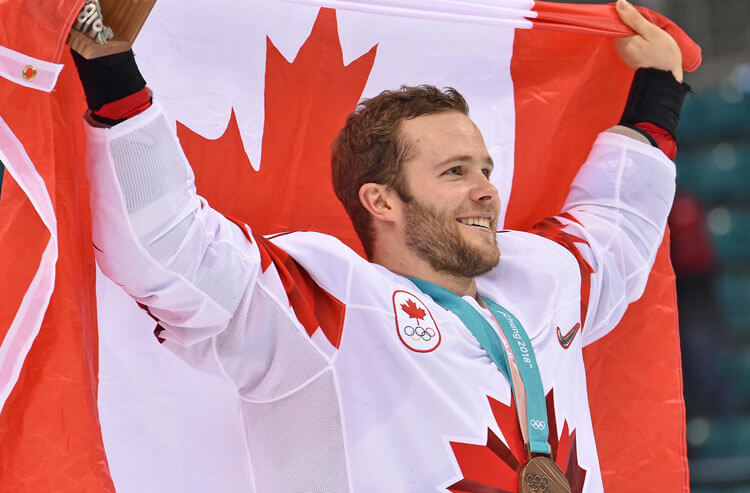 ‘As fast as I can move’: Single-game sports betting in Canada could start this year, supporters say
Provided by