A new age of sports betting for Canada will take a bit more work before gamblers can legally start hammering the moneyline, and the moneyline alone.

The heavy lifting of legalizing single-game sports betting in Canada is finally done: Bill C-218, the Safe and Regulated Sports Betting Act, has been passed by both the elected House of Commons and the appointed Senate.

So, what happens now? Plenty, as it turns out. A new age of sports betting for Canada will take a bit more work before gamblers can legally start hammering the moneyline, and the moneyline alone.

For starters, royal assent for C-218 is still required. In the coming days, the bill will receive a ceremonial seal of approval, which will make the legislation part of Canadian law.

Then, a date must be set to allow the wagering to begin. In the not-too-distant future, something called an order in council will need to be made setting out the exact day C-218 comes into force. That will be recommended by Prime Minister Justin Trudeau and his cabinet of ministers.

On that day, though, things could get really interesting, because it would be when legal single-game betting could come to Canada. It just won’t be the same everywhere you go.

That’s because C-218 allows for single-game bets, and then kicks it over to Canada’s provinces to decide how to do so. The bill would make it legal for a province or an entity licensed by a province to conduct and manage a lottery “scheme” involving single-event bets on everything except horse racing, pari-mutuel wagering on which will remain under federal oversight. The bill, however, doesn’t dictate what the scheme will be.

This could leave Canada in a situation somewhat similar to that of the United States following the 2018 Supreme Court decision that allowed legal sports betting to spread across the country. In the wake of that ruling, each state has been allowed to implement sports betting in their own way, or not at all. Some provinces could now opt to grant a monopoly on single-game wagering to their government-owned lotteries, while others could try something different.

“By removing the prohibition in section 207(4)(b) of the Criminal Code on single-event sports betting, Bill C-218 (once it receives royal assent and comes into force) will effectively allow individual provinces and territories to decide when and how to implement and regulate single-event sports betting within their respective borders,” lawyers from Blake, Cassels & Graydon LLP wrote this week.

Ontario, Canada’s most populous province, is looking to go both the public and private-sector route with its approach.

On the latter front, the province is laying the groundwork for private-sector players to offer online gambling in general, which could include sports betting. C-218’s successful passage now removes any doubt about single-game sports betting being part of that “competitive” iGaming market.

“It lets us do it right from the front-end and not have to contemplate how it will plug it in afterwards with any variations that came out of the Senate,” Ontario Attorney General Doug Downey said in an interview this week with Covers. “It gives us certainty in how we need to move forward.”

A discussion paper regarding the early thinking about the market said the province was considering a revenue-sharing model in which a subsidiary of the Alcohol and Gaming Commission of Ontario (AGCO) would strike deals with private operators.

The AGCO said on June 23 that it has already been developing standards for single-game sports betting and that it will move fast to make it a part of the coming iGaming market.

"As the regulator for all areas of gaming in Ontario, the Alcohol and Gaming Commission (AGCO) will have an important role to play in the regulation of single-event sports betting as offerings become available in the province, whether through traditional channels, such as casinos, lottery products, OLG (Ontario Lottery and Gaming Corp.) channels, or within the new competitive internet gaming (igaming) market, which is expected to launch by the end of 2021," the watchdog said.

“As we’re consulting, and we're getting input from the public and from operators, we're of course talking with our land-based casinos as well,” Downey said. “So I don't want to predetermine what the final product will look like, but we're taking input from everybody.”

Thank-you all for the supportive comments. It was a good battle against mis-information & for something that all provinces wanted & millions of Canadians, you’d think it’d be an easier ride. For those who aren’t aware, Private Memeber’s Bills made it into law <2% of the time. ????????

While feedback is still being gathered, the certainty around single-game sports betting also makes the overall development of the iGaming market much more certain. The introduction of single-game bets won’t require any new legislation on the Ontario government’s part either, just regulation.

“This won't slow down that framework at all,” Downey said.

As the Ontario government works on its new iGaming market, the government-owned Ontario Lottery and Gaming Corp. is making its own preparations for single-game sports betting.

A spokesperson for the company recently told Covers before C-218 passed the Senate that they were “preparing ourselves to take full advantage of single-event sports wagering” when the bill became law.

“How single-event sports wagering is ultimately offered in Ontario is also subject to the policy direction of the provincial government,” the spokesperson said. “OLG sees the possibility of single-event sports wagering as an exciting element of our rapidly expanding digital gaming channel as well as a vast network of lottery retail outlets and casinos across Ontario.”

On the Western front

Out west, the British Columbia Lottery Corp. has said that Bill C-218 would allow it to provide single-game betting “almost immediately” on PlayNow.com, an online gambling website that is owned and operated by the Crown corporation.

B.C., however, could eventually allow for single-game betting in-person as well.

“In the mid- to long-term, we would also introduce singles to land-based casinos and our lottery and hospitality markets,” said Stewart Groumoutis, BCLC’s Director of eGaming Operations, during a Senate committee meeting in June.

A little more to the east, in Alberta, bettors could find themselves in a similar situation. The province also has its own gambling website, but there may be some brick-and-mortar facilities it could put to use.

“In addition to integrating single-event sports wagering into PlayAlberta.ca in 2021, adjusting the Criminal Code to allow for betting on a single event would give AGLC the ability to work with its industry stakeholders to offer sports wagering in destination facilities throughout Alberta,” wrote Kandice Machado, acting president and CEO of Alberta Gaming, Liquor & Cannabis, in a submission to the Senate's banking, trade and commerce committee. “This expansion could provide a much?needed boost to our gaming industry partners, which have seen revenue greatly affected by the impacts of the pandemic.” 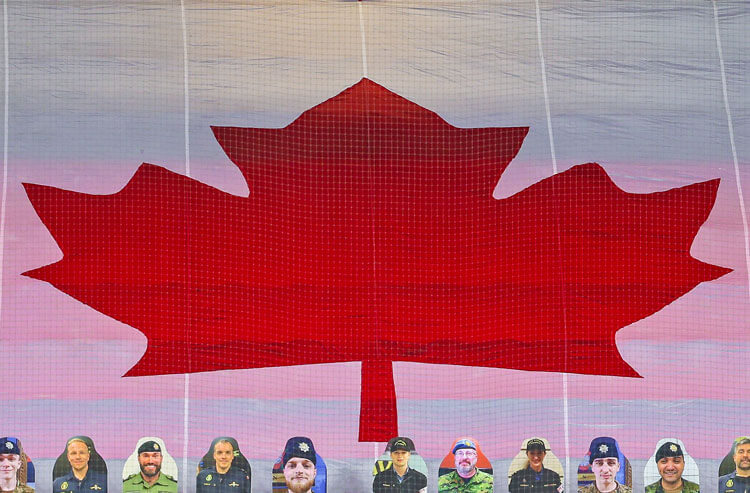