Few non-winners have better U.S. Open resumes than Xander Schauffele, with three Top-5 finishes and nothing worse than T7 in five tries. Entering Brookline in great form, our U.S. Open outright predictions think it's time for him to break the door down.

The week of the U.S. Open odds has begun. The stacked field is highlighted by Rory McIlroy fresh off a win, defending champion Jon Rahm, as well as World No. 1 Scottie Scheffler and this year's PGA Champion, Justin Thomas.

We almost always know what to expect when this week comes around: thick rough, excruciatingly difficult scoring conditions and course setup, and a winner that often comes from a select group of golf's best.

As such, our outright picks are highlighted by some big-time names, some entering the week with great form, others with stellar U.S. Open resumes, and one with both.

A) Xander Schauffele or Tony Finau to finish Top 5 at the U.S. Open BOOSTED to +215 at BetRivers! Claim Now

Among the favorites: Xander Schauffele (+2,200)

I was fully prepared to roll with Rory this week. He had been trending upwards since his final round at the Masters and it looked like Brookline might be the place to put it all together in the form of a fifth major championship title. However, putting the puzzle together came one week premature at the RBC Canadian Open.

Not only is winning in back-to-back weeks an incredibly tall task for anyone (although Rory's done it before), but his odds have also taken a hit. He was listed at +1,400 prior to his win over the weekend but is now on the board at 10/1.

With that in mind, we're going to pivot to someone who's got about as good of a U.S. Open resume as you can find for someone who hasn't won — Xander Schauffele. On top of that, he's got twice Rory's odds.

Xander's season has been a bit peculiar to this point, dare I even say disappointing to his standards. While the results have remained mostly steady, he's seldom been around the hoop with a chance to win, even missing the weekend at the PLAYERS and Masters. However, he and his good pal Patrick Cantlay put on a display en route to victory at the Zurich Classic, and that might have been what flipped X's switch entering the second pair of majors.

Since that dominant Zurich win, he's gone T5 at Byron Nelson behind a stellar final-round 61, T13 at Southern Hills, and T18 at Memorial. And despite his relatively quiet season overall, his game holds up extremely well statistically, ranking ninth in total strokes gained this season, including marks of seventh from tee to green (+1.411 per round), 12th on approach (+0.719), and 30th around the green (+0.319), all incredibly critical to success at U.S. Open venues.

Now, to his U.S. Open resume. Five career starts to the tune of three Top-5 finishes and nothing worse than... wait for it... T7. Yes, last year's T7 at Torrey Pines is his worst U.S. Open finish in five tries.

Further to the results themselves, Xander clearly has the mental game needed to not let a U.S. Open course get the best of him. Combine that with his major championship pedigree and trending form and you have the recipe for a winner in Brookline.

Tony Finau's resume at the U.S. Open has been feast or famine over his six career starts, rotating finishes of T14, solo-fifth, and T8 with missed cuts, including last year at Torrey Pines.

However, like Xander, Tony has found some blistering form after being abnormally quiet for much of 2022. That form is three Top 5s in just his last five starts, including runner-up finishes at both the Mexico Open and last week's Canadian Open (held 54-hole co-lead).

Once you go beyond the top tier on the odds board, you have to start talking yourself into guys, combining your self-belief with form, course history, or otherwise. You also want someone who has a history of contending (or even winning) against golf's toughest fields. Tony Finau does that.

He has four major championship Top 5s among 12 Top-15 finishes in 24 career starts. And while not a major, Finau won THE NORTHERN TRUST during last year's FedEx Cup Playoffs, which ranked out as the second-toughest field in any non-major in 2021, behind only the PLAYERS Championship.

Finau won't be scared of the test and enters the week with a ton of good vibes after going toe-to-toe with Rory and JT in Sunday's final group.

Look, are Brooks' days of winning multiple majors a year behind him? Probably. However, with the U.S. Open and major championship profile that Brooks has, this number (+5,500 at BetRivers) is way too good to pass up.

You might say he's out of form but form rarely matters for Brooks. Once he steps on the property for a major, few guys become more of a force than him. Yes, he entered last year's U.S. Open just a few months after a win in Phoenix, but he then missed three of four cuts (including the Masters) leading into Torrey Pines. He finished T4 that week and then finished T6 at the Open Championship just a few weeks later.

His form this time around consists of a T12 at Valspar and a T5 at Dell Match Play prior to a missed cut at Augusta and a T55 at Southern Hills. Some good, some bad.

It's certainly a glass-half-full take on his current state, but there's too much evidence to suggest he'll show up rather than fall flat. If he can filter out the LIV Golf nonsense for four days, he's a crime not to consider at 55/1. 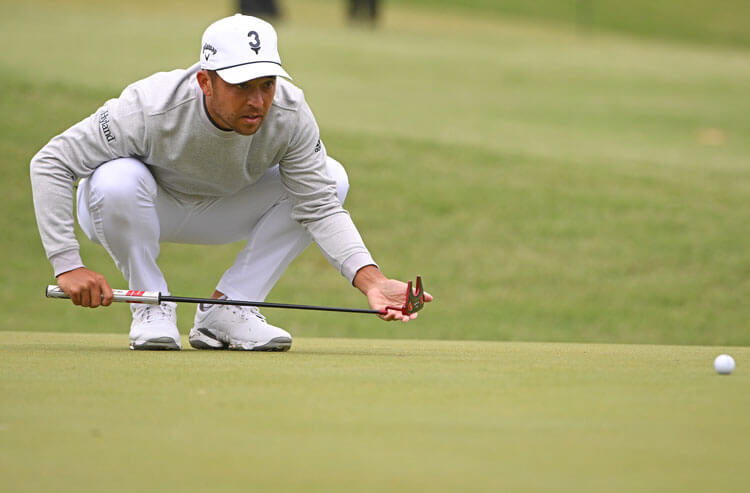