Our Best US Open Prop Bets: Picking This Playoff Prop

Bookies roll out a long list of odds for majors like the US Open, which has plenty of prop bets on the board for this week's event at Torrey Pines. We look at the 2021 US Open prop bets and give our best golf betting prop picks. 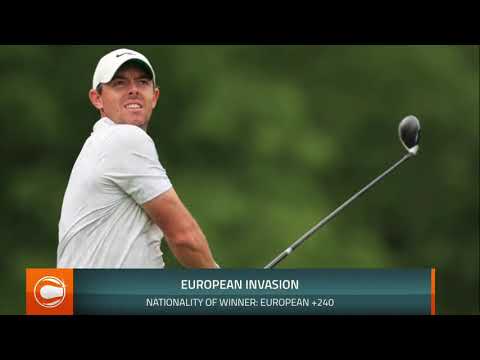 The U.S. Open is the third of golf betting’s major tournaments, which means a massive audience tuning in to watch and wager on the 2021 U.S. Open props from June 17-20.

This year’s tournament is being held at the famed Torrey Pines South Course, a stiff challenge for a loaded field and a course that should present plenty of opportunities for profitable U.S. Open prop bets — if you know what to look for.

Yes, sportsbooks are posting props specific to Brooks Koepka vs. Bryson DeChambeau following their beef that began at the PGA Championship.

Golf’s most memorable rivalries have been kept to the scoreboard for the most part, with PGA traditionalists doing a good job of sweeping trash talk and bad blood between players under the rug.

But the back-and-forth trolling tennis match between Brooks Koepka and Bryson DeChambeau has been very public and adds a layer of clubhouse drama to this tournament, should they somehow get paired. And we pray to the sweet Golf Gods above to make it so.

Bookies have jumped on board the troll train and were quick to set U.S. Open matchup prop odds between these former U.S. Open winners, with DeChambeau a -115 favorite to finish higher on the leaderboard, with Koepka coming back at -105.

DeChambeau, the defending U.S. Open champ, comes in with the hotter hand, having made the cut in eight straight events with five Top-25 performances (including a win at the Arnold Palmer in March and a third-place finish the week following at The PLAYERS). He hasn’t been blowing away the competition recently, placing 18th, 38th, and 55th in his last three events, but his boomstick (No. 1 in shots gained off the tee) will be unleashed on the long track at Torrey Pines.

Brooks, on the other hand, has missed the cut in three of his last four tournaments, including the Palmetto Championship last week. He did place runner-up at the PGA Championship and played one round on Torrey Pines South Course in the Farmers Insurance Open back in January, shooting an even Par 72 before falling apart on the easier North Course in Round 2 and missing the cut.

Koepka, who won back-to-back U.S. Open titles in 2017 and 2018, is no slouch off the tee box either (18th in SG: off the tee). But current form has us leaning toward DeChambeau in this battle between Brooks and Bryson. Get your popcorn ready.

U.S. Open prop odds are starting to appear at sportsbooks, and we'll be updating this page frequently as new markets become available.

Will there be a playoff at the US Open?

What will the winning margin be at the US Open?

If the tightness on the futures board is any indication, this year’s U.S. Open is up for grabs with the bulk of the big-name favorites paying +1,000 or more. Could that mean a closely contested leaderboard as well?

Torrey Pines’ South Course can chop a golfer down to size, laid out as the longest track on Tour and boasting rough that would make Crocodile Dundee shit his khakis. Local San Diego sports anchor Troy Hirsch regaled me of his experiences on the South Course, recalling a tee shot that ventured less than a foot off the fairway but was swallowed whole by vaunted rough… never to be seen again.

If we look at the 2021 Famers Insurance Open, played at Torrey Pines back in January, Patrick Reed was a runaway winner at 14-under par, but you had five guys tied for second at 9-under and nine others within two shots of that group.

Marc Leishman scored a one-stroke win over Jon Rahm at the 2020 Famers, Justin Rose won by only two at the 2019 event, and Jason Day needed a playoff to win the 2018 title at Torrey Pines. And if we go back to 2008, the last time the South Course hosted the U.S. Open, a one-legged Tiger Woods infamously won a playoff against Rocco Mediate.

The winning margin U.S. Open prop odds are leaning toward a fantastic finish with a one-shot win and playoff finish pegged as the most likely outcomes on Sunday, at +225 and +325 respectively. We’ll dial up the drama and bet on this tournament needing extra innings to settle up.

Will there be a first-time winner at the US Open?

Will some lead the US Open from start to finish and win?

What will the winning 72-hole score be at the US Open?

Hovland is among the handful of golfers with added intel on Torrey Pines South Course, having finished T2 along with four other guys in the 2021 Famers Insurance Open in January.

He posted eight birdies on the South Course for a Round 2 score of 65 at the Farmers but penciled in just a combined nine in the final two rounds along with seven bogies and one double-stuffed Oreo. He finished with weekend scores of 73 and 71, however, lessons learn from those rounds will be worth their weight in gambling gold at the US Open.

The Norwegian has missed the cut in only one tournament this PGA Tour season, with nine Top-20 finishes and one 21st-place showing (at the Masters) in 18 total events. He has a tendency to start strong and wobble during the weekend (as we saw here in January), but he’s fifth in shots gained off the tee (.716) and has an average driving of 301.1 yards (54th), which plays well on the massive South Course — even more so under late-spring conditions.

If he can avoid the shaggy rough at Torrey Pines, Hovland’s stellar approach play should set the table for easy putts and plenty of birdies – ranked third in birdie average (4.47) on tour. The projected 72-hole Over/Under winning score is 279.5, which pans out to 69.75 per round, and it seems well within Hovland’s skillset to sit inside the Top 20 if that’s the bar for the US Open.

Where will the winner of the US Open be from?

The 2021 U.S. Open presents a rare review spot with the Farmers Insurance Open being played at Torrey Pines back in late January.

The South Course hosted the final 36 holes of that tournament, which gives us some insight into which players could shine in the San Diego sun this week. Of the 15 golfers who placed inside the Top 10 (including ties) at the 2021 Farmers Insurance Open, nine of them were from the U.S.

However, a number of international golfers bubbled up the leaderboard with strong showings in the final two days of the tournament, including Europeans Henrik Norlander, Jon Rahm, Francesco Molinari, Rory Sabbatini, and Viktor Hovland.

The South Course is a monster, measured as the longest course on the PGA Tour, which means big hitters will thrive. Looking at some of the best off the tee box, we find Euros like Rahm, Hovland, Sergio Garcia, Matt Fitzpatrick, and Rory McIlroy ranking among the elite in shots gained off the tee. Torrey Pines should also play faster and firmer in June than it did back in the cooler temperatures in January.

The 2021 U.S. Open odds are wide open with no golfer shorter than 9/1 to win it all, that being tournament favorite and red-blooded Spaniard Rahm. At +240 for this U.S. Open prop bet, not only do you get the favorite but every other golfer from the European continent. Not a bad deal.

An American has won the U.S. Open in six straight years, which snapped a reign of European dominance, claiming four winners in five years between 2010 and 2014. Prepare for another European invasion at Torrey Pines this weekend.

Prop bets are just a segment of the U.S. Open odds, focused on specific golfer performance, overall field outcomes, and notable events throughout the tournament. The more common and popular prop bets available are “Will there be a hole-in-one?”, Over/Under on the cut line, and nationality of the tournament winner.

Where can I bet on US Open props?

Tips for betting US Open props

Whether you’re betting on golfers in the U.S. Open field or tournament markets, here are some tips for betting on U.S. Open props.

Nothing dictates the prop odds like current form. Oddsmakers look at the recent play of golfers, factoring in hot streaks and struggles, and that’s where you should start when it comes to betting props.

The term “horses for courses” is popular amongst golf bettors, recognizing which courses or course styles players routinely have success or struggles with. Dive past tournaments held at Torrey Pines and see who was atop the leaderboard.

Like any outdoor sporting event, the weather is going to have a huge influence on the outcome. Rain and cold can lengthen a course and make it play soft, while wind can cause havoc off the tee box. Study the forecast heading into Round 1 and throughout the tournament to get an idea of how Torrey Pines South Course will play.

When do U.S. Open props get released?

U.S. Open props get released the weekend before the tournament and more are added as Round 1 draws closer.

When do U.S. Open props pay out?

What U.S. Open props can I bet on?

The U.S. Open has a long list of betting props, such as “Will there be a hole-in-one?”, cutline Over/Under and the nationality of the tournament winner. 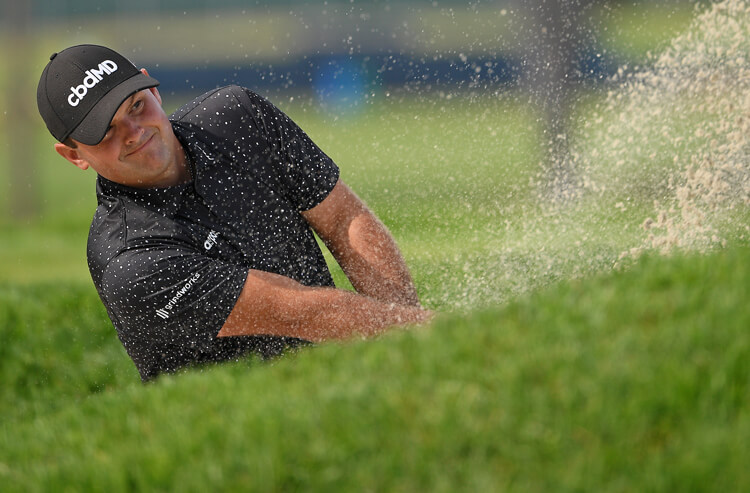 Our Best US Open Prop Bets: Picking This Playoff Prop
Provided by