British Open Round 3 Picks and Predictions: Can Oosthuizen Be Caught?

After a masterful 36 holes from Louis Oosthuizen, does anyone have a chance of catching the scorching hot South African this weekend? Check out our Open Championship golf picks, predictions and best bets for Round 3.

While this year's British Open has a smattering of "who's that guy"-type names atop the leaderboard, most of the top contenders are players with whom bettors are quite familiar.

Louis Oosthuizen continues to lead at the midway point of the season's final major at Royal St. George's, following up his course-record-tying 64 with a nearly-as-satisfying second-round 65. He's at 11 under, two shots better than Collin Morikawa (65) and three up on Jordan Spieth (67).

With the third round set to tee off at Royal St. George's, we give our Open Championship golf picks, predictions and best bets for Round 3.

British Open Round 3 picks and predictions

The logic here is simple: Only two players sit within three shots of the lead, and with the way Oosthuizen has navigated the first 36 holes at Royal St. George's, they might be the only ones in the field with a shot at catching up to him Saturday. In addition to riding what has been the hottest putter on the PGA Tour in 2021, Oosthuizen has deftly navigated the challenging links course, playing 33 straight bogey-less holes before finally giving a shot back on No. 16. He's the man to beat in Round 3.

Morikawa's position on the halfway leaderboard is no accident. He has been one of the most consistent players through the opening two rounds, carding just two bogeys while matching the course record with a second-round 64. If he continues to throw darts at the pin as he did Friday, he'll be in great position to become the first player in history to win two majors as a debutante. His tour-leading SG: Approach will come in handy over the final two rounds and makes him a great play.

Most of the Top Golfer By Category props have all but been decided – but this one's very much up in the air, with Conners starting the weekend one shot back of compatriot Mackenzie Hughes. We've seen Hughes contend on Sunday at a major already this year, but we don't have confidence that he'll be able to keep pace here, especially given his dreadful Round 4 scoring average. Conners has been the steadier of the two players this season, and his superior iron game should win out here.

Yeah, it's Jon Rahm, but getting Koepka at plus-money odds in any 18-hole matchup at a major feels like a bit of a steal. Koepka overcame a slow start Friday with birdies on seven of his final 14 holes – and if history is any indication, he's just getting started. Koepka has shot 70 or better in the third round in seven of the past eight majors in which he has made the cut, which is quite impressive considering the degree of difficulty. Rahm is a quality opponent, but the value on Koepka is too good.

Where can I bet on the British Open? 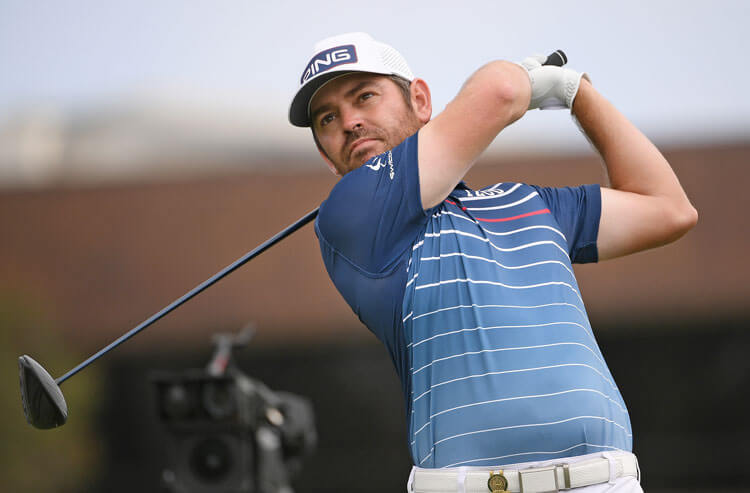 British Open Round 3 Picks and Predictions: Can Oosthuizen Be Caught?
Provided by