Rafael Nadal faces Novak Djokovic once again, this time in the French Open semifinal. Get our best-value men's semifinal pick for tennis betting as the King of Clay vies for yet another title shot at Roland Garros.

While tennis' next-generation battles in the other French Open men's semifinal, two living legends meet again as No 1. Novak Djokovic faces the King of Clay, No. 3 Rafael Nadal.

Covers Experts resident tennis expert Tennis Insiders breaks down the players and how they match up for tennis betting with our French Open men’s semifinal picks.

Djokovic’s route has been smooth sailing apart from a scare from the highly talented Lorenzo Musetti in the 4th round. He had to rally from two sets down and was fortunate that his opponent was clearly struggling with cramps.

He was back to his best in the quarterfinals, dispatching of the dangerous Matteo Berrettini in four sets, and his serving performance was immaculate, saving all three break points he faced.

Nadal’s 36-set winning streak was snapped by Diego Schwartzman during Wednesdays quarter-final, but the king of clay finished in dominant fashion, winning 37 of the last 44 points in a four-set victory.

Nadal hasn’t looked at his imperious best so far. In past years, when he entered Roland Garros low on confidence, it’s risen match-by-match, but that hasn’t been the case in 2021. He’s still trying to find his peak level.

Nadal has won the last five meetings on clay, and the weather conditions are an important factor here. If it’s dry & sunny, Nadal’s edge increases, while cloudier, colder conditions would help Djokovic.

Warm and dry courts add more height to Nadal’s heavy-topspin forehand, which kicks up into Djokovic’s backhand, and he naturally finds this uncomfortable.  Cloudy, colder conditions mean the ball doesn’t bounce as high, and Novak can hit backhands down the line much more comfortably, allowing him to neutralize Nadal’s forehand more frequently.

Physicality also plays a huge part in this matchup, Djokovic has gradually lost his marathon legs for long five-setters over the past two-to-three seasons, but he does enter with a full tank and should be ready for a titanic battle. This is a match sure to be filled with momentum swings. 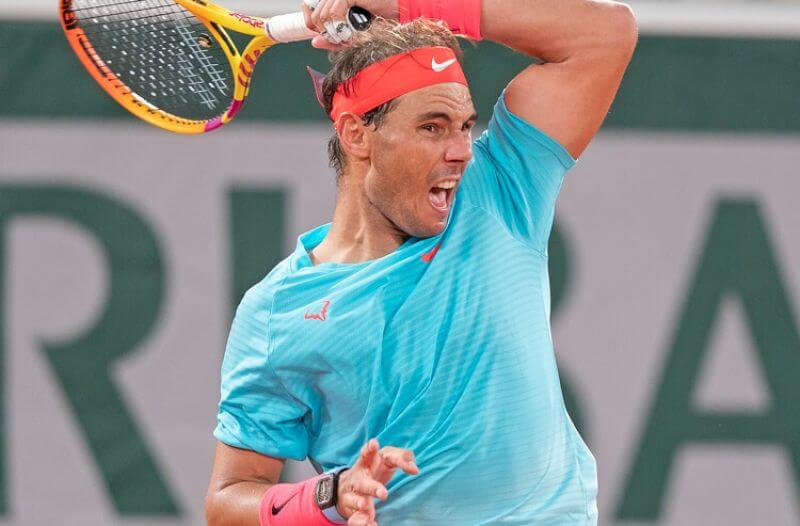