Brazil have remained World Cup favorites throughout the tournament and are massive favorites against South Korea in the Round of 16. Our World Cup picks highlight Brazil's dominance and where to find the betting value on Monday. 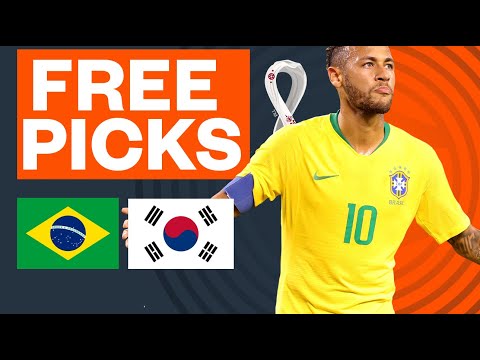 The Round of 16 at the 2022 World Cup continues today with a pair of matches.

Rounding out the day's slate is a surprising member of the final 16 in South Korea, who dramatically earned progression, against the World Cup odds favorite in Brazil.

It's a pair of semifinalists from 2002 coming up against one another — is an upset for the ages in the cards? Read on for our World Cup picks for Brazil vs. South Korea on December 5.

Brazil's perfect start in Qatar came to an end against Cameroon, with the tournament favorites not only conceding for the first time but losing, 1-0. That was, however, a heavily rotated Brazil team that had already clinched progression and was looking ahead.

South Korea won't be as lucky as Cameroon.

The Group H runners-up will receive the full brunt of a world-class team primed to make a deep World Cup run — with or without Neymar. The talismanic attacker remains an injury question mark, as well as both fullbacks and Gabriel Jesus but this Brazil side will be too much for South Korea.

Optimism around Rodrygo and Lucas Paqueta’s ability to shoulder the load as the link between midfield and attack in Neymar’s absence proved largely correct, with Brazil totaling 64 shot-creating actions across the two games he missed.

Defensively, they remain worrisome on the flanks but have passed every test, with a single goal and 0.9 expected goals conceded in three games. And while the slow-footedness of their centerbacks is a genuine concern, no goalkeeper in the world is more adept in 1-on-1s than Alisson, who faces such a situation weekly behind the high-line and counter-press of Liverpool.

Brazil left the group stage having reaffirmed the notion they are the team to beat, and had the third-best expected goal difference among qualifiers, behind France and Argentina. This is a world heavyweight in one of the more lopsided matchups in the Round of 16. They'll win comfortably and -110 on a multiple-goal win is the play.

Brazil vs South Korea side analysis

Between their defensive stability, the way their midfield can absolutely dominate games, and their dynamic talent going forward, comfortable wins are the norm for this Brazil team. Eleven of 17 qualifiers were won by two goals or more, as were three of four friendlies in the two windows ahead of this year's World Cup and their opening game against Serbia.

Among those friendlies this year was a meeting against this same South Korea side — Brazil left Seoul 5-1 winners.

With the Over 2.5 at -120 and the Under at +100, I am staying off the 2.5-goal total entirely. Brazil should be able to keep South Korea out but the quality of Son Heung-min cannot be understated — he only needs a half chance to punish the opposition. 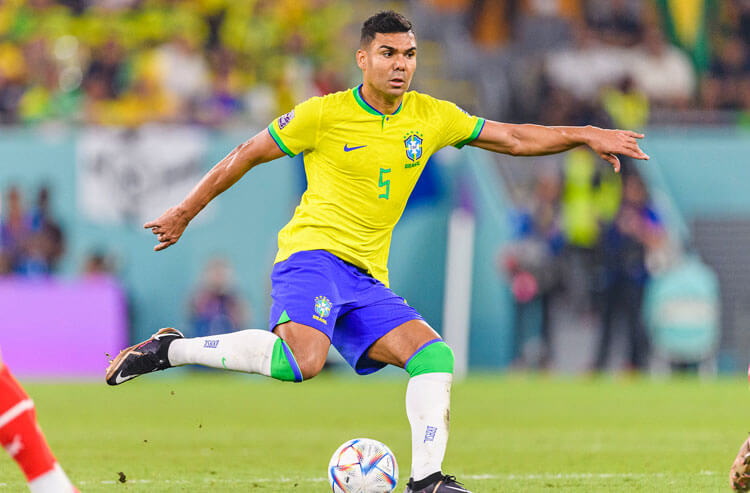