The Stanley Cup Final shifts to Montreal with the heavily favored Lightning holding a 2-0 lead. Can the Habs get back in this series at plus money on home ice? Find out with our Game 3 Lightning vs. Canadiens picks and predictions. 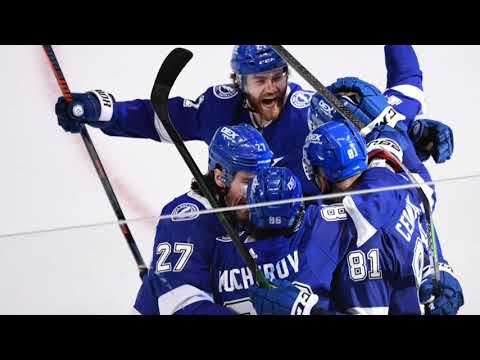 Sometimes your best just isn’t good enough. The Montreal Canadiens have found that out after dropping the second game of the Stanley Cup Final to the Tampa Bay Lightning by a score of 3-1 despite dominating everything but the scoreboard.

The Tampa Bay Lightning carry a 2-0 series lead into Montreal on Friday and through two games have allowed just a pair of goals on 62 shots — 43 of those coming in Game 2.

The Canadiens opened as a +115 NHL home underdog after closing both games in Tampa as +180 visitors. The total has opened at a flat 5 like the two games before it.

Here are our free Game 3 Stanley Cup Final picks and predictions for Lightning vs. Canadiens on July 2.

As of 4 p.m. ET today, Tampa Bay is -135 chalk at William Hill US, while Montreal is a +115 underdog, a modest move from Wednesday night's opening moneyline of Lightning -140/Canadiens +120. Ticket count is dead even, and the Canadiens are attracting 68 percent of cash. "We got a little money on the home 'dog," WillHill director of trading Nick Bogdanovich said. "I’m expecting a similar handle to Games 1 and 2. We'll see if the Canadiens can make this a series." The total is stuck at 5, opening at Over -120 and now at Over -115, with the Under seeing 61 percent of tickets/64 percent of money.

The Under is 9-1-3 in the Lightning’s last 13 road games. Find more NHL betting trends for Lightning vs. Canadiens.

It seems sacrilegious to be writing a Canadiens hit piece on Canada Day but Montreal has left us no options. We’ve enjoyed all the sweet plus money that Montreal has given us throughout the 2021 NHL playoffs and held off judgment until after Game 2, but that contest has come and gone and we're having trouble putting our dollars behind the underdogs heading into Game 3.

Montreal dominated every aspect of Game 2 and still couldn’t even cover the +1.5. The Habs had a 60 percent Corsi and Fenwick share and a 63 percent xgoals share, but still managed just a single goal against Tampa goalie Andrei Vasilevskiy.

After the 42-save performance on Wednesday, the Lightning netminder pushed his Conn Smythe Trophy odds from +120 to -200 in the victory. He has allowed one or fewer goals in five of his last seven games. The Canadiens are undefeated in the playoffs when they score two or more goals, but if they can’t manage more than one tally against the likely 2021 Vezina winner, this series could be over by Monday night.

The Canadiens had to make big adjustments after Game 1 which included stopping the top line and shutting down the Tampa power play. They did both in Game 2 and still came up short and to make matters worse, their one and only goal was as soft as goals get. So even in making changes between games, the Habs still haven’t found success and have yet to lead at any point in this series.

Tampa Bay showed its depth on Wednesday as the second and third lines led the team in 5-on-5 ice time with the Coleman-Gourde-Goodrow line finishing with a 77 percent xgoal despite the Habs tilting the ice.

With depth, great goaltending, and with Carey Price allowing some questionably soft goals, we are taking the Bolts in regulation on the road.

Game 2 finished with a higher xgoals (4.95) compared to Game 1’s 4.55 yet still needed a buzzer-beating goal in the second to finish at 3-1. Vasilevskiy has been too good to expect the Habs to score three or even two goals. The one goal the Habs did score on Wednesday probably gets saved 99 out of 100 times.

Even with the Habs getting more rubber on net they still managed just 10 high-danger chances — just three more than in Game 1. In total, both games in this series have generated the same amount of high-danger chances per game (17). There were 20 more shots on net in Game 2 than in Game 1 but shot totals are misleading, as the quality of shots is more important. Game 2 had 60 scoring chances to Game 1’s 59 and if the Over does hit, it won't be an easy win.

The Habs held the Lightning to 1.85 xgoals in Game 2 and now head back home to Montreal where they have held their opponents to 2.13 goals per game over the 2021 playoffs. In the eight games at the Bell Centre, Price owns a 1.88 GAA and a .934 save percentage. Perhaps a new change of scenery will do the Francophones well in regards to keeping the Bolts off the scoreboard.

Through two games, the first period has produced just a single goal. Game 1 had a total of 12 shots in the first 20 minutes while the Lightning had just six shots in the first frame in Game 2. With the series on the line for Montreal on Friday, it will want to come out and play its game which is to keep things tight.

Montreal has failed to score in the first period in the series and is averaging 0.74 first-period goals per game in the playoffs. Sadly for the Canadiens, the Lightning have allowed just six first-period goals across 20 playoff games themselves.

First-period goals should continue to be at a premium in Game 3 and we are willing to get creative to find value.

Soccer bettors know about the 1.25 total. Basically, if the first period is scoreless we win the entire bet, but if one goal is scored, we win half the bet. It gives us a little more chance to make money without having to play the full Under 1.5. It’s found in the Asian goal line market in most books.

Did you know that if you parlayed today’s NHL Lightning vs. Canadiens picks, you could win $70.05 on a $10 bet? 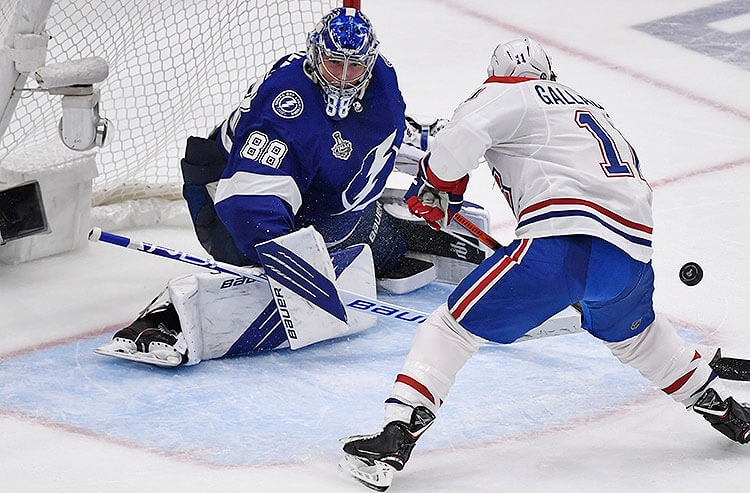