How to handicap NHL betting odds

NHL bettors can find value handicapping the hockey schedule, totals trends, and good old-fashioned revenge on the ice each night.

NHL betting is one of the fastest growing markets with sportsbooks, as popularity picks up the pace in the United States. Hockey is generally wagered on using moneyline odds (bet on outright winner) and totals (Over/Under goals). Here are some basic tips and tactics for handicapping the NHL betting odds:

Even the best teams in the world get tired. Paying attention to scheduling is one of the easiest ways to become a better NHL handicapper. Oddsmakers do account for a team’s travel when setting lines, but it’s still a very sound technique to use.

The NHL will sometimes play three games in four nights and when it’s at the end of the season, clearly teams are worn out by the fourth game. This is the moment for a fresh home side to take advantage of (especially in a “revenge” scenario, if the fresher team had lost to the other club earlier in the year).

In recent years, the NHL schedule has also given teams unofficial bye weeks by scheduling extended gaps between contests. This can either be a benefit for NHL teams coming off busy schedules or suffering key injuries, or can slow down teams with winning momentum, snapping a streak of successful play. Recognizing how a team will respond to this downtime is a great way to find value in the NHL schedule.

There are many different ways to bake a cake. There are also many different styles of handicapping. Breaking down individual player matchups is one way. Looking at trends is another.

One technique many NHL bettors like to use when trying to decide on whether or not to play the Over/Under on a NHL game (instead of the moneyline), is to look for lopsided numbers/trends. The “Law Of Averages” is flawed in many ways, but lopsided trends/numbers have a way of naturally “correcting” themselves (over the short, the mid and the long-term).

Pay close attention to what a team is doing on a day-to-day basis and when a club starts to go on a three or four-game Over or Under streak. When this team then plays against another club with a similar streak of three or four straight Overs or Unders in a row, you can often find value betting the opposite way in that situation.

Of course, the longer the streak, the stronger the play can become. If the two teams in question played against each other earlier in the year and also played to an Over or Under result (depending on whichever current lop-sided streak the teams were on) in that contest, then this is hold even better value.

If you’re going to make an Over/Under wager on the ice, there are many things to consider like goaltending, scheduling, offensive and defensive stats. But paying attention to a team’s recent and long-term Over/Under record is one small tip to make you a better NHL handicapper immediately.

The revenge angle is obviously nothing new. It’s something everyone uses when handicapping games in every sport. But it’s easy to forget about and it’s worth mentioning as a reminder for NHL betting in my opinion.

Sometimes the revenge angle can be overrated. Other times though, it’s a huge motivating factor for a club. If a team loses to another team and then later in the season plays that same team again, most likely said team is going to try just a little bit harder to avenge the earlier setback. It’s an even more important factor when it pertains to conference and divisional opponents, for obvious reasons. 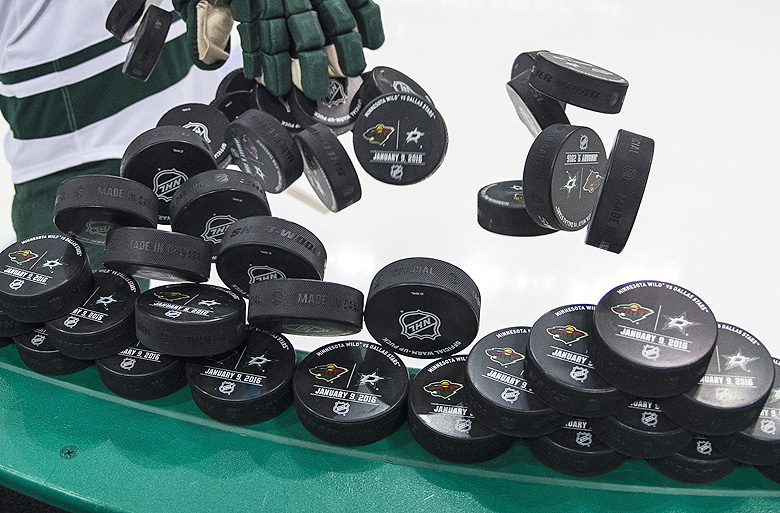 How to handicap NHL betting odds
Provided by