After being blanked in Game 2, Tampa Bay now returns to Amalie Arena desperate for a better offensive effort. Should they once again climb out of a 2-0 series hole, it'll be because Kucherov and Palat stepped up — as our NHL player prop picks explain.

The Tampa Bay Lightning have been in this situation before as they are down 2-0 in this series, but they are hoping to flip the momentum as they head home to Amalie Arena for Game 3.

With the Lightning desperate to find a way to get back in the series, we have our eyes on Nikita Kucherov and Ondrej Palat as well as anticipating a quiet night for Nathan MacKinnon.

Here are our best free NHL player prop picks for Game 3 of the Stanley Cup Final on Monday, June 20.

A) Nathan MacKinnon and Victor Hedman to both record a point BOOSTED to +162 at Betway! Claim Now

Kucherov needs to get going

Nikita Kucherov is the guy who drives the bus for the Tampa Bay Lightning offense, but he's been relatively quiet in the first two games of this series. Being back on home ice should light a fire in him to have a strong game after scoring just one point inside Ball Arena.

Kucherov is currently leading the Bolts in playoff scoring, with seven goals and 17 assists in 19 postseason contests. If the Lightning have any chance of getting back into this series, Kucherov is going to have to lead the way. He is currently in a three-way tie for most assists with Cale Makar and Mikko Rantanen.

The Lightning have been a much better team on home ice as opposed to playing on the road. Having won their last seven games at Amalie Arena, they should have a little extra spark tonight.

Kucherov's line has been very strong offensively all playoffs long as he plays alongside Ondrej Palat and Steven Stamkos. These three have been fantastic offensively and I don't see their struggles in this series continuing.

I expect Kucherov to be involved in a ton of plays tonight and be the catalyst for at least one Lightning goal.

Ondrej Palat has been a huge reason why the Lightning have gotten to this point. He is third on the team in points with nine goals and eight assists in 19 games and before this series, he was clicking very well with his linemates Kucherov and Stamkos.

Their line has been outstanding in the playoffs despite the first two games of this series, but I am confident that they will get it going again in Game 3.

This line is currently skating to a 57.1% expected goals rate and they will have the advantage in matching lines since the home team gets the last change. John Cooper has made adjustments in every series of these playoffs and I have no doubt he'll find a way to get these three going early and often.

As such, I think Palat will find a way to get on the scoresheet tonight.

The Colorado Avalanche may have smoked the Lightning in Game 2 but oddly enough, Nathan MacKinnon only had one assist in the game and was held to only three shots on goal.

The Lightning had Anthony Cirelli matching up with MacKinnon defensively and Cirelli has done an incredible job at shutting down their opponent's top players in this postseason.

I mentioned it before, but with the Lightning now being the home team, John Cooper will be able to make sure that Cirelli is on the ice whenever MacKinnon is so he will have a better opportunity at limiting his chances.

The Avalanche don't need MacKinnon to be a shoot-first kind of player, especially now that they have somewhat of a comfortable lead in this series. With that said, I don't think he'll have as much time and space in this Game 3 with Cirello continuing to lock him down. 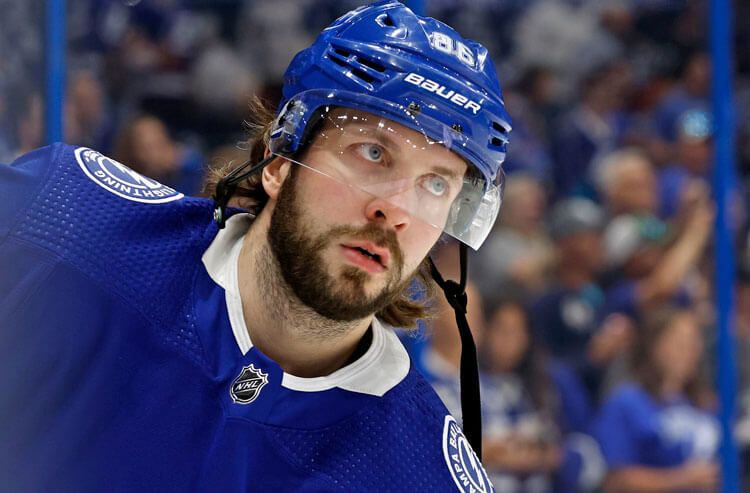