Both the Chargers and Ravens see favorable matchups this week as they headline our NFL parlay picks for Week 12. Read more to see why we're backing both Los Angeles and Baltimore as betting chalk on Sunday.

NFL fans and bettors were treated to a Thanksgiving Day three-pack, but Week 12 is just getting started. There are still 13 games left to be played on Sunday and Monday, with several strong sides that stand out.

We’ll group together a pair of undervalued road favorites, then take an Over with a low bar to clear along with a heavy favorite that should still cover with ease.

Lamar Jackson and the Ravens head into Jacksonville winners of four in a row, but they failed to cover a sizable 13-point spread against the Panthers in Week 11, settling for a 13-3 triumph. Baltimore should reward its backers this time around.

John Harbaugh’s defense has improved dramatically since a dreadful start to the 2022 campaign, holding two straight opponents to fewer than 250 total yards. The Ravens climbed to 10th in points allowed per game through 11 weeks (19.9) after holding Carolina to just a field goal last Sunday. Trevor Lawrence and the Jaguars come into this contest ranked a modest 19th in points per game (21.6).

Baltimore ran for only 115 yards against the Panthers last week, its lowest output since Week 1. However, the Ravens should bounce back against a Jacksonville defense that’s allowed 133.7 rushing yards per game over their last seven tilts.

The Chargers should snap their two-game losing streak in style against an underachieving Cardinals crew in this spot.

Los Angeles lost more respect from oddsmakers than it should have following losses to the 49ers and Chiefs in successive weeks. It’s hard to fault Justin Herbert’s last two efforts as he went a combined 44-for-65 (67.7%) for 476 yards with three touchdowns and two interceptions. He’ll be hoping to have Mike Williams (ankle) back in the lineup, but the return of Keenan Allen and the emergence of Joshua Palmer have been blessings for this offense.

This unit should march up the field with ease against Arizona’s dreadful defense, which is 30th in points allowed per game (26.9), and 24th in yards allowed per contest (360.3). The Chargers’ stoppers are no great shakes either (29th in scoring, 25th in total defense), but they should have an easier time limiting the Cardinals’ offense.

Kyler Murray should be under center in lieu of Colt McCoy, but it’s not as though he was having a great season before he got hurt. Murray has averaged only 6.0 yards per attempt — by far a career-low — and has tossed only 12 TDs over nine games.

The Bears have hit the Over in each of their last five games as they head into Week 12, but the Jets have gone below the total in five straight contests. Something has to give, and it looks like Chicago will be the one to continue its streak on Sunday.

Gang Green is putting the Zach Wilson era on pause, for now, electing to start Mike White in this spot. The 27-year-old Western Kentucky product made four appearances last season, mixing in three decent efforts with one dreadful four-interception outing against the Bills.

The Jets have almost nowhere to go but up after being held to just three points by the Patriots last Sunday. This unit should find the end zone much more easily against a flailing Bears squad that’s coughed up an average of 35.5 points over its last four affairs.

Chicago’s offense has woken up in a big way as the season has progressed, as Justin Fields has averaged 266 scrimmage yards over his last four games. He’s dealing with a separated shoulder and is considered “day-to-day” ahead of this contest. If he doesn’t play, there could be value in waiting for the total to potentially drop even lower, with Trevor Siemian stepping in as the starter.

The 49ers should cruise to their fourth straight victory when they take on the struggling Saints at Levi’s Stadium.

New Orleans’ top tailback missed Thursday’s practice with an illness and has been in a slump over his last three games. Kamara has rushed for a mere 98 yards in that span (29 carries).

Meanwhile, Jimmy Garoppolo hasn’t thrown a single interception during San Francisco’s three-game win streak and sports six touchdowns in that span. He’s averaging 234.3 passing yards over his last three efforts and has completed 73.2% of his throws.

Trade deadline acquisition Christian McCaffrey — averaging 110.7 scrimmage yards over his last three outings — and Elijah Mitchell, who has 148 yards on 27 carries since rejoining the lineup two weeks ago, should work their respective wills against the Saints’ 23rd-ranked run stoppers (132.1 yards allowed per game).

With Andy Dalton and the Saints gaining an average of only 225 total yards over their last three games, it seems unlikely this unit will be able to keep things close. 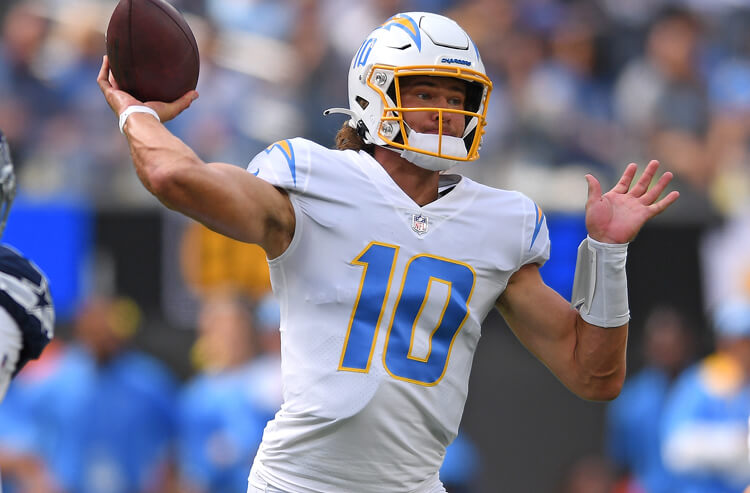