Following a disappointing season opener for the Broncos, Denver now looks to rebound in their home opener against Houston. Find out why we're backing a Javonte Williams prop as the best bet in our Texans vs. Broncos betting picks.

Sunday sees the Denver Broncos welcoming the Houston Texans to the Mile High City after both teams had an unexpected performance in Week 1.

The Texans overcame expectations and tied the Colts, while the Broncos came unstuck against the Seahawks in a game that didn't follow the script anybody expected.

Find out the betting edge for this Week 2 clash in our NFL picks and predictions for Texans vs. Broncos.

Texans vs Broncos picks and predictions

The Texans come into this with their heads held high after a brave tie against the Colts, a team who were heavily favored to beat them. They played smart football, and Davis Mills impressed with his game management.

Last week really didn’t go to plan for the Broncos. The Broncos marched into Seattle, against a widely derided Seahawks team, with the entire country believing that Russell Wilson would tear apart his old club and leave his former home with the win. That didn’t come to pass, with the Seahawks narrowly beating the Broncos on Monday Night Football.

The Broncos are 9.5-point favorites for this one, and despite Russell Wilson’s arrival at Mile High, their X-Factor in this game will be Javonte Williams. Williams was selected in the second round of last year’s NFL Draft, and the former UNC man instantly showed fans flashes of the brilliance he was capable of. Williams ended his rookie season with 903 rushing yards and four touchdowns, adding another 316 yards through the air.

He was primed to truly break out this year, and then the Broncos bought back Melvin Gordon. Despite Gordon getting his fair share of carries, we saw enough from Williams last week to believe that he’s the key to this offense and has real potential to be a three-down back. The team certainly trusts him to get the majority of early down work and action on the goal line.

Most importantly, Williams played every snap in the two minute drill, which shows that there’s now a clear gap between him and Gordon. He was electric, forcing five missed tackles, a league-high. He finished the game with 43 yards on the ground and 65 through the air.

Williams caught 11 of 12 targets, a personal high for him and a clear sign that finding him in space will be a key part of this offensive system. Given he had 12 targets and averaged 5.9 yards per reception, it’s surprising that his line for receiving yards is as low as 22.5 yards with some sportsbooks. You’ve got to jump on that line and hammer the Over.

A) Brandin Cooks Over 74.5 yards and anytime touchdown BOOSTED to +375 at Caesars! Bet Now

There’s been marginal movement since the line opened, with the Broncos going from 10-point favorites to just 9.5.

Denver has home-field advantage this time, and there aren’t many places tougher to play in than in the thin air of Colorado. The Broncos dominated offensively in terms of yardage both on the ground last week. Their total yards per play was also a fantastic sign, but third-down inefficiency, fumbles, and penalties were their kryptonite.

Last week, they were penalized a whopping 12 times, over double that of the Seahawks. You cannot afford to give away too many penalties in the NFL, and the Texans look like the sort of team that can punish a lack of discipline.

Houston isn't the most glamorous or exciting team, but they play smart football on offense and their defense is sneaky good. They have already nearly upset the Colts, and they have a very real chance of pulling off something similar against Denver.

Given the quality of their performance last week, and the very disappointing performance from the Broncos, I’d probably lean towards taking the Texans and the points on Sunday.

The public money has moved the line up from 44 to 45.5. With the offensive talent on display for the Broncos, you can understand why people might be expecting to see a high-scoring contest, but I think the smarter money would be on going the other way.

Over the past seven games, the Under is 6-1 when the Texans covered the spread, and is 6-1 in their last seven games on the road. The Under is also 5-0 in the Broncos' past five games in September.

It might take some time for Russ to fully cook in Denver, as last week’s game against the Seahawks showed you. For that reason, I’d lean Under 45.5.

The Broncos are 6-1 ATS in their last seven games in Week 2. Find more NFL betting trends for Texans vs. Broncos. 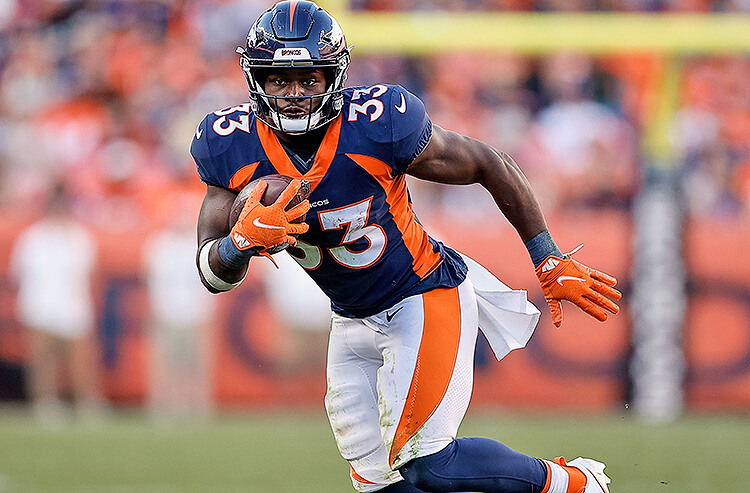 Texans vs Broncos Week 2 Picks and Predictions: Williams is Denver's X-Factor
Provided by