After things got chippy between these teams in Week 2, New Orleans heads to Tampa to seek revenge on the Bucs. With a healthier offense this time around, our NFL betting picks expect lots of opportunities for kicker Ryan Succop. 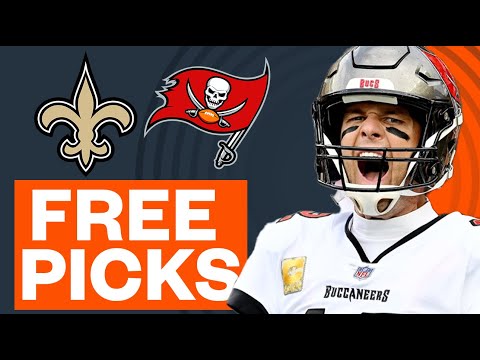 Regardless of win/loss records or the state of the NFC South, Monday Night Football between the New Orleans Saints and Tampa Bay Buccaneers is a monster matchup that will define the division and the path to the playoffs.

Tampa Bay appears to be the class of the NFC South, according to the NFL odds to win the division, but sharp action isn’t buying into the Bucs, at least as it pertains to this prime-time tilt. Pro bettors quickly grabbed the points with New Orleans and slimmed this spread considerably, marking one of the more drastic line moves of Week 13.

I look at the point spread and Over/Under total for Monday Night Football and give my best NFL betting picks and predictions for the Saints vs. Buccaneers on December 5.

Saints vs Buccaneers picks and predictions

The opening spread may have been calling for a wider finish to Monday Night Football, but the betting markets believe this divisional showdown could be much tighter than first projected.

A lot of that opinion stems from the Bucaneers’ offensive ineptitude, as Tampa Bay sits just 27th in points per game despite its offense ranking out Top 10 in Passing DVOA at Football Outsiders. The Bucs are 22nd in Red Zone DVOA and are scoring on only half of their tries inside the opponent’s 20-yard line.

That’s led to plenty of field goal attempts for Tampa Bay kicker Ryan Succop, who enters Week 13 making 23 of his 26 field goal attempts on the year — tied for fourth most FGs kicked in the league. Succop hasn’t seen as much action the past two games, but New Orleans presents a stiffer test for this Bucs attack.

The Saints have done a great job of slowing down Tom Brady & Co. since the GOAT made the move to Tampa in 2020, and are hoping to have shutdown CB Marshon Lattimore back in action for Week 13. The Buccaneers edged NOLA 20-10 back in Week 2, with eight of those points coming off the foot of Succop.

Tampa Bay’s offense is in a much better place than it was back in September, with the receiving corps healthier and this matchup coming at Raymond James Stadium. The Bucs offense gets a lift from the home field, most notably the pass game which could have Tampa inside field goal range more often on Monday night. They have also scored more at home, with Succop perfect on extra points this year (15-for-15).

The Saints’ defense hasn’t been as stout as in past seasons but knows this Tampa Bay playbook very well. New Orleans, which forced the Bucs to go 5-for-17 on third downs in Week 2, ranks out 12th in third down conversion defense and has the third lowest touchdown rate allowed in the red zone (47.06%).

That pans out to 2.5 average field goal attempts from NOLA’s foes this season — third most in the NFL — and rival kickers have put up totals of seven, eight, and eight points in the last three games.

The forecast for Monday night is calling for perfect prime-time conditions with clear skies and little to no wind come the 8:15 p.m. ET kickoff.

Succop’s kicking point total is set at 7.5 and he’s topped his points prop in three of his last four home games. I expect the Bucs to move the ball better on Monday, settle for a few field goals, but also add a couple of extra points to Succop’s boxscore.

A) Buccaneers to win, and both Chris Godwin and Mike Evans to have seven or more receptions BOOSTED to +850 at bet365! Bet Now

The lookahead line, before the events of Week 12, had this spread set at Tampa Bay -6.5. However, after the Buccaneers collapsed against Cleveland and the Saints got shut out in San Francisco, this spread officially opened Tampa Bay -6 on Sunday night and quickly saw money on the underdog.

With this being a tight divisional matchup between two teams that know each other very well, pro bettors felt the spread was giving the Buccaneers far too much credit than what their current form warranted. New Orleans has also been a tough opponent for Tom Brady since he arrived in Tampa, with NOLA going 4-1 straight up and against the spread vs. the Bucs in the regular season the past three years.

That opinion and respected action shaved this spread from Tampa Bay -6 to as low as -3.5 by Tuesday morning. There was some buyback on the Bucs that lifted this line back to -4.5, but more money on the underdog bumped it back down to -3.5.

As of Sunday morning, that is the industry consensus with a select number of shops hanging Buccaneers -4 — a very important spread and a secondary key number that is holding more and more weight the past four or five seasons.

Tampa Bay is a rightful favorite, despite falling apart at Cleveland last weekend. The Bucs’ offense has plenty of playmakers that are finally getting healthy, though the offensive line continues to battle injuries that have plagued this unit since the summer.

New Orleans’ attack has been terribly disjointed all season due to the lack of quality at quarterback. Andy Dalton remains the starting QB for Week 13, leading an offense that has produced points totals of 13, 10, and zero in three of its last four outings. This team sits 28th in EPA per play since Week 9, with the passing game as its biggest blemish (24th in DVOA at Football Outsiders).

Heading into the weekend, DraftKings was reporting 64% of the bet count on the home favorite, but 54% of money riding on the Saints. Covers Consensus is showing 54% of picks on Tampa Bay as of Sunday morning.

The Over/Under for this divisional dance hit the board at 40.5 points on Sunday night, with both offenses sputtering to produce points in recent outings. You also have two franchises rooted in defense that know each other playbooks inside and out.

That short number has remained relatively steady all week, with some brief dips to 40 points seeing buyback on the Over and the number sitting at an industry consensus of 40.5 as of Sunday morning. Including their postseason meeting, these NFC South foes have played Under in five of seven matchups since Brady’s became a Bucs, including staying below the Week 2 total of 43.5 points (Tampa won 20-10).

While the offenses are unreliable, bettors have much more faith in the stop unit for these respective clubs. New Orleans sits No. 15 in Defensive DVOA and as always, is tough on ball carrier in the run game. Tampa Bay ranks out No. 7 in DVOA and has held its last three opponents to 20 points or less in regulation.

The Bucs' offense runs a much faster pace than the Saints, sitting tops in seconds per play at Football Outsiders and Top 10 in plays per game. That said, Tampa Bay’s playbook is terribly inefficient despite that pace, ranked 21st in EPA per play.

DraftKings was reporting 55% of bets on the Over but 51% of the handle on the Under for Monday Night Football. Covers Consensus shows 59% of picks siding with the Under in the Week 13 finale.