One week out, bettors still like Patriots' odds for Super Bowl clash vs. Rams

Rob Gronkowski and the Patriots went from 1-point underdogs to 2.5-point favorites for the Super Bowl against the Rams. However, New England's liability is "not overwhelming" yet at The SuperBook. 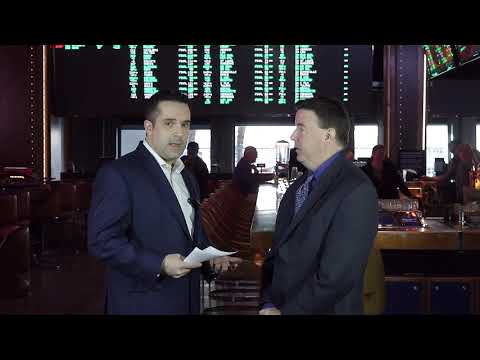 The Super Bowl has seen a week’s worth of betting, with a week to go before the Feb. 3 showdown at Mercedes-Benz Stadium in Atlanta. Covers checks in on the action and line movement so far, with insights from Eric Osterman, manager of The SuperBook at Westgate in Las Vegas. **video

New England is heading to its ninth Super Bowl of the Tom Brady era, with Bill Belichick’s troops garnering the Lombardi Trophy five times. In the AFC Championship Game, the Patriots (13-5 SU, 11-7 ATS) took a 14-0 halftime lead at Kansas City, but ended up tied at 31 after regulation and went to overtime. The Pats then drove the opening kickoff for a score and a 37-31 victory as 3-point underdogs.

Los Angeles is back in the Super Bowl for the first time since the 2001-02 season, when the franchise was in St. Louis and lost to New England in Brady’s first Super Bowl appearance. The Rams (15-3 SU, 9-8-1 ATS) also needed overtime to advance, topping New Orleans 26-23 as 3-point road underdogs in the NFC Championship Game.

The SuperBook saw plenty of early Patriots money to move this line 3.5 points very quickly. But it’s been stable at Patriots -2.5 since last Monday evening.

“A little liability on the Patriots right now, but not overwhelming. We’ve seen some decent play, but it hasn’t started getting crazy yet,” Osterman said, noting that while some books have gone to Pats -3, his shop isn’t ready for that yet. “I wouldn’t be shocked if we were one of the last to go to 3. It’s football, so 3 is the key number. As soon as we go there, every sharp in the world who has a SuperBook phone app will be betting Rams +3.”

Osterman added that Patriots moneyline has seen some action too, going from the opener of even money up to -140 in less than 24 hours. However, pointspread wagering on New England has far surpassed moneyline play.

The SuperBook opened the total at 58 and shot to 59 within minutes, but it’s since dropped 2.5 points, going to 56.5 on Saturday night.

“The majority of action has been on the Under,” Osterman said. “Early on, we took a pretty decent-sized bet at Under 58 – low five figures, which for a total is a pretty good bet.”

All that Under action has The SuperBook holding “significant five-figure liability” on that outcome at this point. However, the public rolling into Las Vegas later this week will almost assuredly shift the dynamic, betting the Over with both fists. 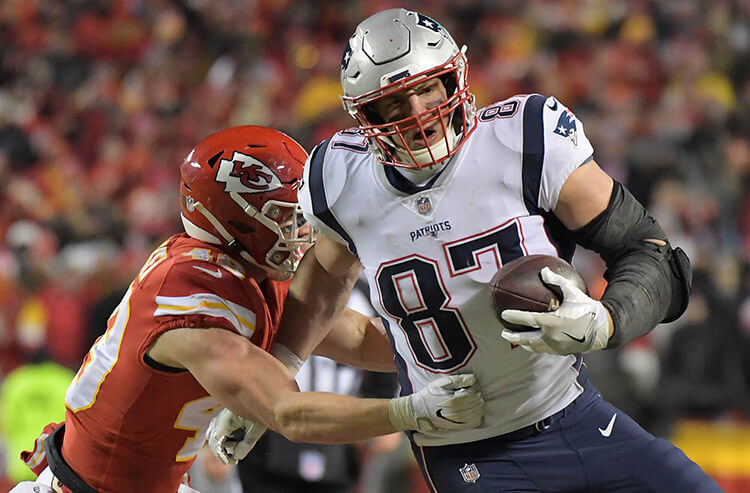 One week out, bettors still like Patriots' odds for Super Bowl clash vs. Rams
Provided by