If you're looking for a reason to take the points with the pups during Championship Sunday, look no further than the Jaguars and Eagles defenses.

No two conference championship opponents have lived on opposites sides of the sports betting counter more than the New England Patriots and Jacksonville Jaguars.

Those two contrasting legacies are now playing into the spread for the AFC Championship, with books hanging New England as low as -8.5 and that line moving up to -9.5 with a very good possibility of seeing the key number of -10 by the 3:05 p.m. ET kickoff Sunday.

Back in 2008, New England was recovering from a shocking loss to the New York Giants in Super Bowl XLII, watching its perfect season wasted in a 17-14 loss as 12.5-point favorites in Arizona. Then, if that Big Game blunder wasn’t enough, star quarterback Tom Brady went down with a season-ending knee injury in Week 1, leaving the team in the hands of backup Matt Cassel.

New England still went 11-5 SU – a testament to the foundation built by Bill Belichick and the Pats' front office  - and was a betting favorite in 14 of its 16 games, finishing 9-7 ATS overall. The Patriots would win 135 games (including postseason) in that 10-season stretch and were crowned faves in 87.6 percent of those contests – covering the chalk 57.5 percent of the time.

Over in the AFC South, Jacksonville had high hopes for 2008. The team was coming off an 11-5 SU 2007 regular season, knocked off the Pittsburgh Steelers in the Wild Card Round and lost a hard-fought Divisional Round battle to the Patriots, falling 31-20 but covering as 13.5-point road underdogs in Foxborough. The following season would not go as planned, and the Jags would finish 5-11 SU with a league-worst 4-12 mark against the spread.

The failures of the 2008 campaign would compound themselves into a near decade of disappointment in North Florida. Jacksonville would win only 44 games between 2008 and 2016 before boasting a 10-6 SU record in 2017. The team has been an underdog in 73.4 percent of those outings, and has come through for bettors just 44 percent of the time despite all those bonus points from the oddsmakers.

But if we want to talk history, the kind that could help you cash in the on the AFC Championship betting odds, we should look at those rare instances in which the Patriots failed to cover – which has happened just 70 times since 2008.

In those ATS losses, New England was held below its season scoring average in 59 on those 70 outings and limited to under three touchdowns (21 points) 31 times. Those aren’t mind-blowing figures by any means, but they do prove that the way to defeat the Pats – or at least cover against them – is not to outgun them (which most teams can’t do) but to slow down their potent offense. And that’s something Jacksonville will do Sunday afternoon.

The 2017 edition of the Jaguars watched just seven of its 18 opponents crack the 21-point plateau this season and possesses many defensive attributes that counter New England’s attack: a defensive line that can get pressure on the quarterback by simply rushing four and not relying on the blitz (55 sacks – 2nd in NFL), a physical and athletic secondary (21 INTS, 68.5 OPP QBR – 2nd and 1st in NFL), and an ability to shut down tight ends – more specifically make life tough on Patriots TE Rob Gronkowski (10.3 fantasy points per game allowed to TEs – 3rd in AFC).

Needless to say, this is not the same Jaguars squad that covered only 58 spreads between 2008 and 2016.

So, if you’re betting the underdog this Sunday, you can thank history for the extra points on the spread and bank on the present state of the Jacksonville Jaguars – and their bright future – for the ATS payday.

That was my response to my brother’s text message after his beloved Minnesota Vikings somehow ripped a half-digested victory from the small intestine of defeat with a 61-yard touchdown strike as time expired to edge the New Orleans Saints 29-24 in the Divisional Round. His emphatic “WOOOOOOOOOO!” was followed by a tamer “Woooooo”, written in between laps of his living room Sunday night.

It was an awesome finish. And an awesome moment in sports. And, due to the Vikings opting to take a knee on the extra point, it was an awesome win/beat for football bettors holding a ticket with 5.5 printed on it.

Lost in all that “Woooing” was the iffy performance of Vikings quarterback Case Keenum. Sure, he rode off into the sunset a winner, but that desperate chuck to Stefon Diggs wasn’t the only lucky throw Keenum made in the fourth quarter and his poor decision making allowed the Saints to come back from 17 points down.

He took a costly sack in the third quarter that snuffed out a would-be scoring drive for the Vikes, and that mistake was followed by a New Orleans touchdown. Keenum then made a terrible throw on the next series and was picked off, setting up a Saints scoring drive deep in Minnesota’s end.

While under pressure, he completed three of 11 attempts (for 42 yards) and floated a series of passes dangerously into coverage, including a very lucky catch from WR Adam Thielen with 1:47 left in the game (there were holding/pass interference flags declined on the play but the catch gave them additional yardage), and an equally-lucky incomplete prayer to TE Kyle Rudolph that just missed being picked off by New Orleans safety Marcus Williams, who would eventually be the scapegoat for the game’s improbable finish.

The Philadelphia Eagles are the kind of team that doesn’t give “luck” a chance to show up. Defensively, the Eagles have allowed only 40 passing plays of 20 or more yards and just 10 of 40-plus while boasting the fourth-best turnover differential in the NFL (plus-11). They’ve picked off 19 wayward passes and have limited opposing QBs to a 79.9 passer rating on the year (eighth best).

Their ability to collapse the pocket will encourage a few more of those risky floaters from Keenum, with the Philadelphia pass rush totaling 38 sacks and, according to Pro Football Focus, generating pressure on 34.7 of their snaps – including 38.3 percent of snaps when rushing only four. Keenum has a completion percentage of just 54 percent with five touchdowns and three interceptions (74.0 passer rating) when facing pressure this season.

As a sports fan – and a good brother – I’d love to see “Cinderella” Keenum and the Vikings make the Big Game (also, I’m a Cowboys fan, so you know…). As a sports bettor, however, the risk/reward doesn’t add up. Gimmie the Eagles and the points.

Jason Logan is the senior managing editor for Covers.com. You can tell him how much his NFL underdog picks suck on Twitter @CoversJlo. 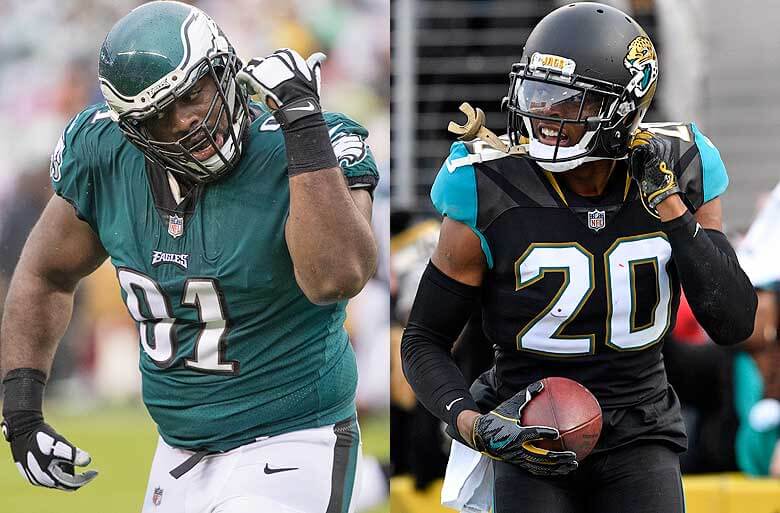