For those who ingest my NFL betting picks each week, you may be wondering, “what’s with the cookie-cutter headline?”

Well, it turns out the old one wasn’t SEO friendly. And while you all were kind enough to come back to the column over the course of the season, there’s a whole world of football bettors who don’t know it exists. But rest assured: this is NFL Underdogs.

Now, for those stumbling across our “NFL picks and predictions for Week 1” for the first time (and hopefully that’s a lot of you, if the SEO guys are right), let’s review the rules for the column:

Rule No. 1: I can only pick NFL point spread underdogs.

It’s a much simpler rule to follow than the laundry list facing NFL teams and their dos and don’ts for the 2020 season. And if anyone knows about the rules, it’s Tom Brady.

The ink was barely dry on Brady’s new contract before he started testing the rules.

Brady was allegedly jumping the fences at local parks to work out during the COVID-19 quarantine in April and got his guys on the field as early as May, which drew some sideways glances (but was ultimately cleared by the NFL).

You can take Tom out of New England, but you can’t take New England out of Tom. Could that rule-bending be the edge Tampa Bay needs against the Saints in Week 1?

This offense is so much better than Brady’s depth chart in New England last season and far more stable without Jameis Winston effectively “punting” the ball on almost 5 percent of his pass attempts. It’s a trickle-down effect that will ultimately help the defense, which ranked among the top stop units in 2019 according to the advanced metrics and enters Year 2 under Todd Bowles.

This is one of maybe two times we’ll get Brady and the Bucs as underdogs this season (according to lookahead lines) and that half-point hook is worth it, for what should be an awesome opener.

What’s the difference between Nick Foles and Mitchell Trubisky?

While football is considered a game of inches (hiyo!), paychecks may be the only gap between the Bears’ quarterback options, as far as oddsmakers are concerned.

Foles may be a Super Bowl folk hero but he threw just 117 passes in limited action for Jacksonville in 2019 and those fairy-tale playoff performances happened once upon a time.

When it comes to impact on the spread, the Bears’ QBs are interchangeable at this point. But, for what it’s worth, Trubisky owns a passer rating of 132.56 in three career meetings with Matt Patricia’s Lions, totaling 866 yards (on 68-for-91 passing) with nine touchdowns and just one INT.

Trubisky won’t need to match that output at Detroit in Week 1 — not with the way this Bears defense is shaping up.

In 2019, Chicago overcame injuries to key members of the stop unit and a transition to a new coordinator to rank No. 1 in defensive DVOA at Football Outsiders but lacked a potent pass rush. This season, the Bears get those guys back – and then some – and should flirt with their sack totals from 2018. That’s bad news for Detroit QB Matt Stafford.

“Into the Unknown” is not only the theme song from my time in COVID quarantine (my kids went HAM on Frozen 2), but it could be the slogan for NFL Week 1 betting. Honestly, no one knows what the hell is going to happen.

With shortened camps, limited practices, and no preseason, familiarity is worth its weight in gold in the opening games of the NFL schedule. And while the Panthers have plenty of new faces in 2020, there’s something very familiar with this offense.

Carolina’s combo of QB Teddy Bridgewater and new offensive coordinator Joe Brady won’t take long to gain traction. Brady helped guide the LSU Tigers to the national title with an offensive scheme nipped from the Saints (his former employers), and Bridgewater just so happens to be a former New Orleans quarterback with the two paired up in 2018.

The Panthers have plenty of options on offense with a trio of talented receivers and, of course, Christian McCaffrey. Expect a slow-and-steady approach from Carolina in Week 1, maintaining possession and controlling the tempo, as to not expose a soft defensive unit more than it has to.

The Raiders defense was bad last year and doesn’t look any better, leaning on a lot of young players to grow up quick. This line actually opened pick’em back in the spring, but I’ll gladly take the field goal with the home team. 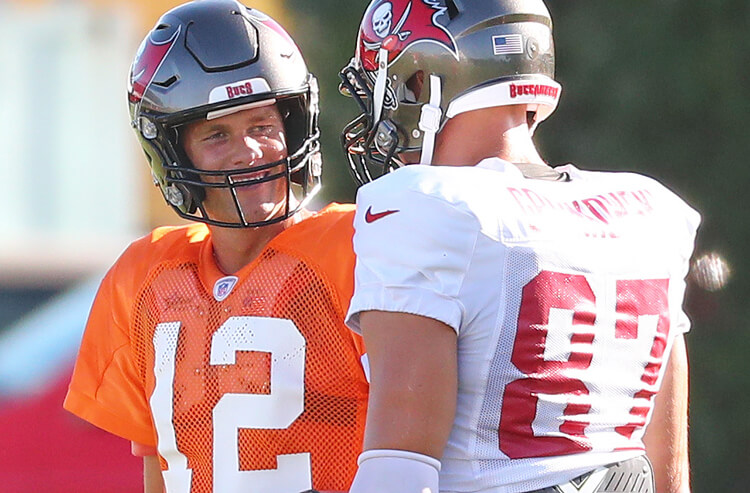