The Bengals are coming off a two-touchdown win over the Steelers and enter Week 4 against the 0-3 Jaguars as 7-point favorites. Can Cincinnati's strong defense help it move to 3-1 and cover the spread? Find out with our Thursday Night Football picks. 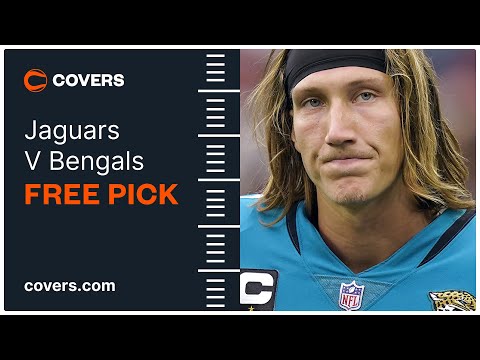 Week 4 kicks off with a Thursday Night Football showdown between the Jacksonville Jaguars and Cincinnati Bengals at Paul Brown Stadium.

There will be plenty to watch in this contest, such as the last two No. 1 overall picks, quarterbacks Trevor Lawrence and Joe Borrow, going head-to-head, and whether Cincinnati's defense can remain an early-season force.

The Bengals, 7-point favorites over winless Jacksonville, have one of the top-ranked defenses in the NFL and they are coming off a two-touchdown victory after holding the Pittsburgh Steelers to 10 points.

Find out if we like Cincinnati's D to stay hot and cause issues for Lawrence in our free NFL picks and predictions for Jaguars vs. Bengals on September 30.

The opening line for this AFC clash was Bengals -7.5 and but there are a few -7s starting to pop up. The total for this matchup hit the board at 45.5 and has ticked up slightly to 46 as of the time of writing. Use the live odds widget above to track any future line movements right up until kickoff and be sure to check out the full NFL odds before placing your bets.

Are the Cincinnati Bengals starting to resemble a good football team? The Bengals are off to a solid 2-1 start with two outright wins as underdogs, including last week’s 24-10 road upset of rival Pittsburgh as 2.5-point pups.

Quarterback Joe Burrow has looked solid, completing 70.7 percent of his passes for 640 yards and seven touchdowns, while the preseason worries about WR Ja'Marr Chase's drops are long gone after four touchdowns in his first three NFL games.

That said, it’s the Bengals' defense that has made the biggest strides this season: Cincinnati currently ranks fourth in Football Outsiders' defensive DVOA metric — after ranking 27th in 2020.

But let’s get real. This bet is all about fading the Jaguars.

This team is as close to a dumpster fire as one can get after three games. Heading into Week 4, the Jags are 0-3 SU and ATS, rank 29th in offensive DVOA, 27th in defensive DVOA, and are scoring just 17.7 points per game.

Their head coach, Urban Meyer, doesn’t seem to have this team prepared on a week-to-week basis and there are already rumors swirling around him concerning the top job at USC.

It feels as if No. 1-overall pick Trevor Lawrence is being thrown to the wolves at this point. The Jags' play-calling has been baffling at this point and the offensive line has struggled. (It certainly doesn’t help that two starting O-linemen are questionable for this one).

As a result, the rookie has been forcing some throws (on top of making some bad decisions) and Jacksonville has turned over the ball more than anyone else through this early portion of the NFL season.

This spread is a little larger than I would like, but there is no way I can put any faith in backing a Jaguars team that is lacking an identity and, quite frankly, is a mess. The Bengals defense has been much better and their weapons — Chase, Tyler Boyd, Tee Higgins, and Joe Mixon — will allow them to pull away late.

Make picks on Jaguars vs. Bengals for your chance to win $500! Get in Covers' daily contests and put your skills to the test.

And the best part? They're all FREE to play!

If you like the Over in this game, then you must believe that the Jaguars will be able to hold their own offensively. I’m not a part of that crowd.

The Jaguars are averaging 17.7 points per game — and that includes two return touchdowns already. Lawrence is completing just 54.2 percent of his passes and averaging 5.7 yards per attempt. While the Jags have had some success running the ball, they go against a Bengals defense that ranks second in run defense DVOA.

On top of that, the Bengals have allowed just 18 points per game, and that is against Minnesota, Chicago, and Pittsburgh.

At the same time, while things are looking up for the Cincy offense, it is still a work in progress at this point. The Bengals still rank 25th in offensive DVOA and are averaging a mediocre 22.7 points through three games.

We are banking on another Thursday night classic. Which, of course, means betting the Under.

I mean. I can’t resist this bet at this price.

Lawrence has played the Cardinals, Broncos, and Texans and has been picked off at least twice in each game. He has a head coach who looks like he either has no idea what he is doing or is already daydreaming of coaching in Southern California. Or both.

I mean, they threw a 10-yard out on a flea-flicker last week.

Now on a short week, Lawrence goes up against a Bengals defense that is wreaking havoc on opposing quarterbacks through three games, as Cincy ranks third in interceptions, fourth in sacks per game, and sixth in opponent QB rating.

I don’t like cheering against Lawrence, but it just feels like this coaching staff is making it impossible for him to succeed. 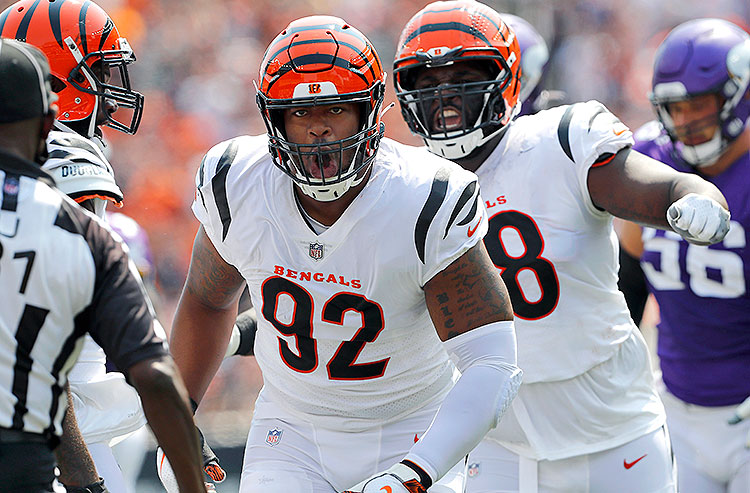