A backup QB and the return of a No. 2 wide receiver would naturally have you think that's a bad thing for CeeDee Lamb going Over his prop totals this week. However, we've got some reasons why it's a good thing — and you should bet on him. 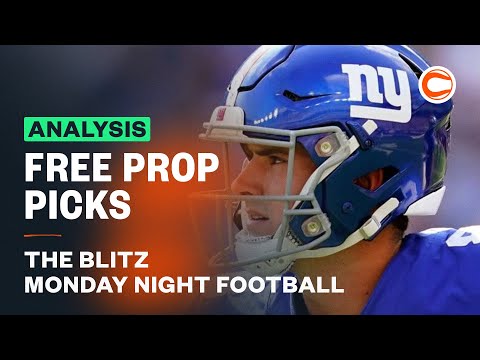 New York is off to a good start under new head coach Brian Daboll, who is winning over Big Apple football fans with close victories over Carolina and Tennessee. His team catches a break in this primetime home stand, facing a Dallas attack down starting quarterback Dak Prescott.

The Cowboys are leaning on backup QB Cooper Rush and a disruptive defense to keep the team afloat while Prescott heals up. Dallas stunned Cincinnati last week and takes aim at New York QB Daniel Jones, who has been pressured more than any passer through two weeks of play.

We breakdown the spread and total for Monday Night Football and give our best free NFL picks and predictions for Cowboys at Giants on September 26.

Cowboys vs Giants picks and predictions

The Week 3 prop markets originally had CeeDee Lamb's totals depressed, based on the expected return of wide receiver Michael Gallup, with his receiving yards total as low as 51.5 yards while some books hung this prop number as high as 60.5.

However, Gallup was ruled out Monday morning for the final game on the Week 3 slate, leaving the Dallas Cowboys' No. 1 WR to again be the massive focal point for Cooper Rush in the passing game.

After a quiet Week 1 (only 29 yards vs. 70.5-yard total), Lamb put up 75 yards with seven grabs on 11 targets against an O/U of 55.5 receiving yards in Week 2. Even if Gallup did play tonight, he was likely going to be on a snap count, working back from a severe knee injury, and his impact on Lamb’s production was being overvalued.

Gallup or no Gallup (which we now know is "no"), with New York Giants defensive coordinator Wink Martindale dialing up the blitz, Rush will lean into his top target, with Lamb working out of the slot for short hits underneath with the pocket collapsing. Lamb will serve as the safety blanket for the backup QB under pressure, especially with starting TE Dalton Schultz listed as doubtful.

New York has done well to limit opposing passing attacks through two games, despite a thinning secondary hit with injuries and depending on inexperience. That said, the G-Men faced Carolina and Tennessee and still rank No. 19 in Pass Defense DVOA at Football Outsiders — Lamb is by far the best receiver this team has had to tangle with in 2022.

Lamb had 52 yards or more receiving in 10 of 16 regular season games last year, while playing the role of No. 2 receiver behind Amari Cooper. That includes 112 yards on six catches from eight targets against Minnesota in Week 8 — Rush’s first NFL start.

A) CeeDee Lamb and Sterling Shepard to each go Over 49.5 receiving yards BOOSTED to +250 at Caesars! Bet Now

With the Giants off to a 2-0 start and Dallas still working under backup QB Cooper Rush, this spread hit the board at New York -3 last Sunday night.

As much as Dallas misses Prescott, the team overall played well without him — notably the defense — in a Week 2 win over Cincinnati. The Giants’ hot start loses a little heat when you consider the competition faced in Tennessee and Carolina: two teams that are 0-2 to start the schedule, and New York’s first two wins came in tight contests by a combined four points.

Early money sided with the road underdog and drove this point spread down as low as New York -0.5 on Sunday morning. Some online markets are down to a pick’em for Monday Night Football.

As of Sunday, most mainstream books are reporting good two-way action on the game with a light lean to the Giants in terms of handle (54 to 55%), however, WynnBet states it has taken more than 79% of money on Dallas.

This Over/Under opened at 40.5 points and quickly took play on the Under, driving the number down as low as 38.5 at respected online operators. According to WynnBet books, 74% of tickets are taking the Over but nearly 74% of the handle is riding on the Under.

These offenses have not been great through two weeks of action — to say the least. Even before Prescott’s injury, Dallas looked lost on offense in a Week 1 loss to Tampa Bay and managed only 20 points in Week 2. The Cowboys do get Gallup back this week, but his involvement is expected to be limited.

The Giants have also been flat with the football, entering Week 3 ranked 21st in EPA per play (the Cowboys currently sit dead last in this advanced metric). Both divisional rivals rank out near the bottom of the league in yards per pass attempt and anchor their attacks on the ground game.

Defensively, both teams want to bring plenty of pass pressure. New defensive coordinator Wink Martindale has New York blitzing at the third-highest rate in the league and has the Giants 11th in pressure rate — just behind the Cowboys at 10th. 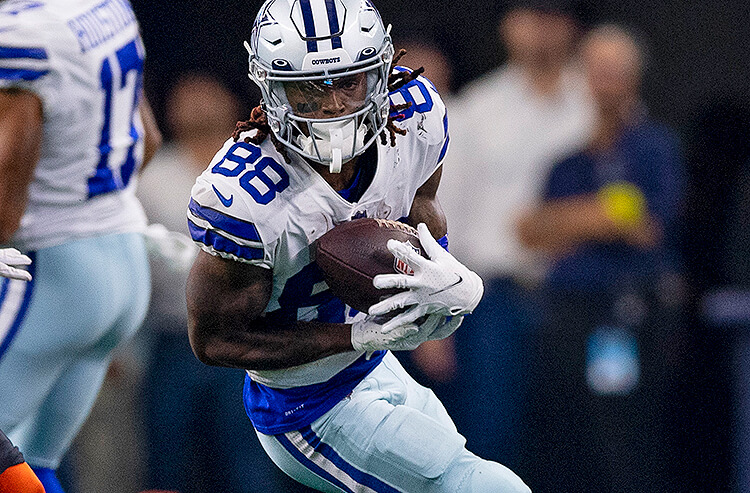