The Rams and Cardinals have squared off twice this year, with fireworks in both games between two high-powered offenses. With that in mind, it's no surprise where we are looking for our Wild Card prop picks and same-game parlay. 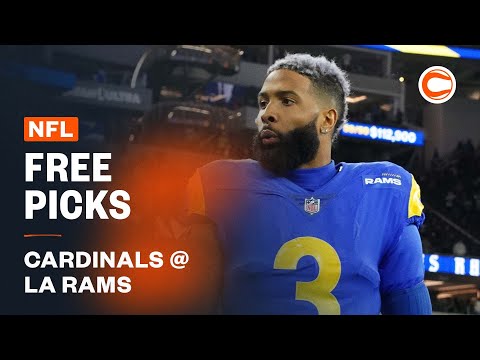 The Super Wild Card slate wraps up Monday night as the Arizona Cardinals visit the Los Angeles Rams at SoFi Stadium, in what will be the third meeting of the season between these two clubs.

We’re digging into the interception market, finding the best receiving prop for the Cardinals, and expecting a huge game from Sony Michel.

Without further ado, we bring you our Cardinals vs. Rams free props and predictions.

With everyone talking about Matthew Stafford’s interception problems, Kyler Murray’s INT market is being neglected and perhaps it shouldn’t be. Murray had a great game in the first meeting, but with no DeAndre Hopkins in the second game, Murray completed 32 of 49 passes and threw two interceptions — both to linebackers.

Murray hasn’t thrown a pick in three straight games, which ties his season-high, but he’ll be in danger of doing so against a Rams defense that averages 1.1 interceptions per game and had two last week against Jimmy Garoppolo.

Murray is averaging 40.25 passes per game over the last four weeks so there is plenty of volume to help with this prop. This offense hasn’t looked the same without Hopkins and Murray is trying to get it done with 33-year-old AJ Green and Christian Kirk at receiver. Rondale Moore is questionable and what was once a strength on this Arizona team has turned into a weakness. Los Angeles will be ball-hawking.

As we mentioned above, Murray has been throwing the ball roughly 40 times per game over the last four weeks and comes into Monday night’s game with an unexciting group at receiver. Good thing for Murray he still has Zach Ertz.

Since Hopkins hit the sideline, Ertz leads the Cardinals with a 26.2% target share. Over this stretch, he’s second on the team in receiving yards (253) and leads all Arizona pass-catchers with 28 grabs. He hasn’t been held to under six receptions in four straight games. Only Mark Andrews has more receptions over the last four weeks amongst tight ends.

With his reception total inflating to 5.5 after opening at 4.5 in Week 16, we’re going to hit the Over on his receiving yards which sits at a reasonable 52.5 yards. This total has opened higher in previous weeks and is maybe the best Arizona receiving yard total on the board.

The Rams sit outside the Top 10 at defending opposing tight ends. They gave up five receptions to George Kittle last week and six grabs and 89 yards to Mark Andrew the previous week. Opposing tight ends have gone Over their receiving total vs. the Rams in four of the last five weeks including Ertz back in Week 14.

We’re hitting the Over on Ertz’s receiving total of 52.5.

We already mentioned our thirst for Sony Michel’s rushing total in our prop article but we really need to get the word out.

Sony Michel has the backfield to himself with Darrell Henderson on IR and Cam Akers just getting back from an Achilles injury. Since Week 15, Michel has carried the ball 85 times, which is the most in football over that stretch. Not only is he getting a ton of carries, but he’s also taking advantage of his touches and is averaging 90 yards rushing over the last six weeks.

The Arizona defense has corrected some of their early struggles in stopping the run but Michel rushed for 79 yards against the Cards back in Week 14 and has done some damage against decent run defenses of late.

Running at a 4.1 yards per carry clip, Michel would need just 14 carries to top his rushing total of 56.5 yards. We have his floor closer 17 carries and with Matthew Stafford’s recent generosity in giving the other team the ball, Michel could be headed for an even bigger day than usual. The Cardinals have allowed 375 rushing yards over the last three weeks and Seattle’s Rashad Penny ran for 190 yards versus Arizona last week. We’re heavily invested in this Over 56.5 rushing yard total and would expect Akers' role to be minimal.

Same-Game parlay for Cardinals vs Rams

We like points here, as 110 total points have been scored across the two meetings this season. Michel will get plenty of chances inside to 20 to score, while we like Murray to keep chucking the rock to his two best weapons in the passing game who both own modest receiving yard totals. This SGP fits the game script of Los Angeles playing with the lead. 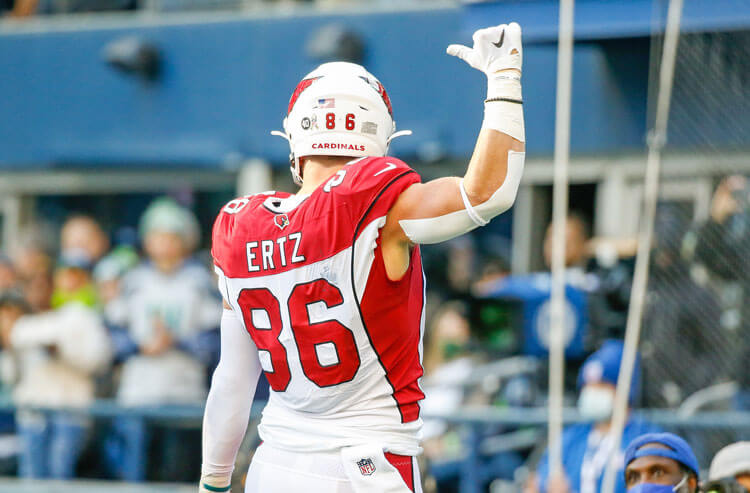