Fresh off a middling offensive performance, Tom Brady and the Buccaneers have to face a defense that's haunted them lately. Our NFL betting picks for Week 2 in NOLA highlight why the Saints should keep it close.

The Tampa Bay Buccaneers took care of business last Sunday night with a convincing win over the Cowboys, thus beginning their hopeful road back to the Super Bowl.

On the topic of redemption, they will head on the road in Week 2 to face off against the New Orleans Saints, who have given Brady & Co. a tough time during his Tampa tenure.

Can Tom Brady and the Buccaneers secure their first regular season win together against the Saints or will new head coach Dennis Allen keep with tradition and continue to play spoiler for Brady and company? Find out with my NFL picks for the Buccaneers vs. Saints on September 18.

Buccaneers vs Saints picks and predictions

While the Buccaneers’ Week 1 win was ultimately decisive and convincing, many walked away from that game feeling unimpressed with the offense. Whether it's Tom Brady's age, his extended absence during the preseason and resulting lack of reps, or whatever else, Tampa Bay's offensive output was lackluster.

Brady managed just an 18-for-27, 212-yard performance that avoided being labeled disastrous by a spectacular Mike Evans touchdown grab in the second half.

If the now 45-year-old pilots a similarly unimpressive offensive performance on Sunday, it could spell trouble once again against the Saints, who are now 4-0 in the regular season against Brady over the last two seasons. That would especially be the case if the Saints' offense can carry their momentum from last week, with the returning Jameis Winston going 23-for-34 for 269 yards, two touchdowns, and a 111.0 rating.

It's safe to say that an offense that includes Michael Thomas (five catches for 57 yards, 2 TDs), Jarvis Landry (7 for 114 yards), Taysom Hill (4 carries, 81 yards, 1 TD), and first-round pick Chris Olave (3 for 41). Notably missing from that list is Alvin Kamara, who sustained an injury during the game and just managed 12 touches and 46 yards.

Kamara has not practiced through Friday, and his status for the game is up in the air. Nevertheless, veteran Mark Ingram is more than capable of filling in and if a Kamara absence means more creative looks with Hill, it could cause sizable trouble for the Buccaneers' defense.

After allowing 26 points to a Falcons offense led by Marcus Mariota, the expectation should be for Dennis Allen to work out the kinks for this matchup and put together a much better defensive showing. The newly minted head coach was of course the defensive coordinator for the past seven seasons, a unit that has frequently ranked among the league's best and the same unit that ranked best in the league in rush defense and fourth-best in pass defense according to DVOA.

Continuing off of the best bet above, the Saints here are the better value proposition. Getting the team that has won four straight in the matchup in the regular season as a home underdog of almost a field goal is just too hard to pass on.

While Tampa Bay's defensive performance on Sunday Night Football last week was extremely impressive, it was against a Cowboys wide receiver corps that simply cannot separate and doesn't compare to New Orleans' group.

On the flip side of that coin, the Buccaneers will be without Chris Godwin after haphazardly rushing him back from his ACL tear, and Julio Jones, Russell Gage, and Breshad Perriman all currently carry questionable designations for Sunday's game. The latter group should be expected to play, but any further hits to Tampa Bay's wide receiver depth could be troublesome.

With the total at 44 and with all the considerations of the matchup in mind, the Under may be the play here.

The Bucs have averaged just 13.25 points per game in their four regular-season games against the Saints with Tom Brady under center, including the last game in which they got entirely blanked en route to an ugly 9-0 loss last December.

Throw in the fact that the Tampa Bay offense hasn't had its fair volume of meaningful reps together, given Brady's extended absence during the preseason, we could see another offensive dud from the Buccaneers.

Given Bruce Arians' (now a senior football consultant) familiarity with Jameis Winston, he would be more equipped than anyone to help craft a game plan that could best limit the historically turnover-prone and middling quarterback. 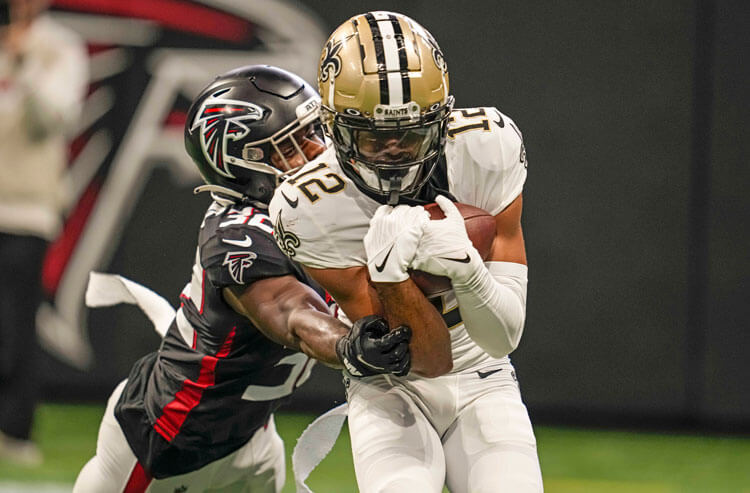