Russell Wilson has been fighting his new coach's self-sabotage so far this season, but he'll have more to worry about against the 49ers pass rush, as our Week 3 Sunday Night Football picks explain. 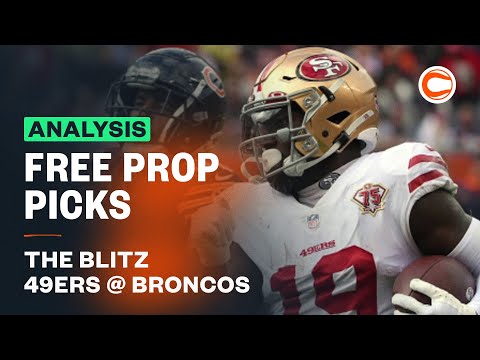 Jimmy Garappolo and the 49ers travel to altitude Sunday night to take on the Denver Broncos as slight -1.5 favorites and a total of 44. Melvin Gordon’s role is changing, the Denver offense is missing some key pass-catchers, and it’s Wilson’s backfield in Week 3.

Here are my free NFL player prop picks for Sunday Night Football between the 49ers and Broncos.

B) New users at DraftKings can get a deposit bonusup to $1,000! Sign Up Now

The Denver passing game is not looking great heading into Week 3. Jerry Jeudy is on the wrong side of questionable after DNPs at practice this week and KJ Hamler has been limited after missing Week 2. Russell Wilson is coming off a 14-for-31 game passing vs. the Texans (!) and first-time play caller and head coach Nathaniel Hackett has mismanaged this team awfully in the red zone vs. two of the worst defenses in football in Seattle and Houston.

Through two games, this offense has made 13 trips inside the opposing 50-yard line, has punted three times, and has as many touchdowns (2) as turnovers (2). This offense is slow out of the huddle, which has resulted in a Bottom-5 rank in pace of play and a league-leading four delay of game penalties. Now they have to face the No. 3 defense in EPA/play and fourth-best in success rate vs. the pass.

Wilson’s 4.0 air yards per attempt ties him with Trey Lance and ranks 17th in the league. More alarming is Wilson’s propensity to hold onto the ball, as only four other quarterbacks have longer time-to-throw rates than the Denver QB, per Next Gen Stats.

The 49ers’ pass rush is going to eat Wilson Sunday night, as San Francisco blitzes at a Bottom-4 rate but generates pressure at a Top-5 rate.

Wilson will be under pressure, facing more men in coverage, and will be doing so with a weaker stable of pass-catchers. There are a few angles we can bet this, but hitting the Under 36.5-yard longest completion.

San Francisco held the Seattle passing game to a long reception of just 27 yards last week on 23 completions. If this offense snaps out of its poor execution, so be it, but Wilson is slow to throw the ball and has a negative CPOE this season, and won’t get a big play downfield Sunday night.

The 49ers are dealing with the same injury issues at the running back position as they did a season ago. Out for Week 3 are Tyrion Davis-Price (39% snaps share and 14 carries in Week 2) and Elijah Mitchell. They’ve been feverishly adding running backs but this will be Jeff Wilson’s backfield Sunday night.

Wilson has seen more than 50% of the snaps over the first two weeks, ran for 84 yards last week while splitting snaps with Davis-Price, and could have 19-20 carries Sunday — something he did twice last year in four games starting.

With the Denver offense struggling, this game should have a neutral or positive game script that favors the run game for the 49ers. His rushing total has jumped seven yards from last week but a 65-plus yard game on the ground is an easy projection on 16-18 carries vs. a rush defense that sits in the Bottom-10 in success rate.

Rashaad Penny and Dameon Pierce combined for 129 yards on 27 carries (4.8 ypc) vs. the Broncos in Weeks 1 and 2 with minimal work. Mitchell had a rushing total of 66.5 yards in Week 1 and this line should be closer to that considering the probability of a heavy workload.

Watching from the sidelines

Javonte Williams got more involved in the rushing attack last week, with 15 carries for 75 yards, but has a tough matchup vs. the 49ers, who held the Seahawks to 36 rushing yards last week. I’m not fading Williams here but instead the slower and less-explosive back of the timeshare: Melvin Gordon.

Gordon saw his snap count plummet from 41% to 32% last week and was out-carried 15 to 10. He gained 47 yards, but that was vs. a Houston offense that didn’t commit to stopping the run and didn’t stack the box. With his output decreasing and a tough matchup on the table, I’m hitting the Under on Gordon props — specifically his longest rush prop of 12.5 yards.

Over his 22 carries this season, just one has gone for more than 10 yards. That was a 13-yard carry vs. the Seahawks in the opener. Going from Seattle and Houston to San Francisco is a huge jump in defense. The 49ers have defended the run for 49 plays this season and have yet to allow a carry of more than 12 yards.

You don’t beat the 49ers on the ground and moving to a second-fiddle role, opportunities could be limited for Gordon, who I project for 9 to 12 carries. His rushing total of 38.5 is also a great indicator that a 13-plus yard gain is not in the books. 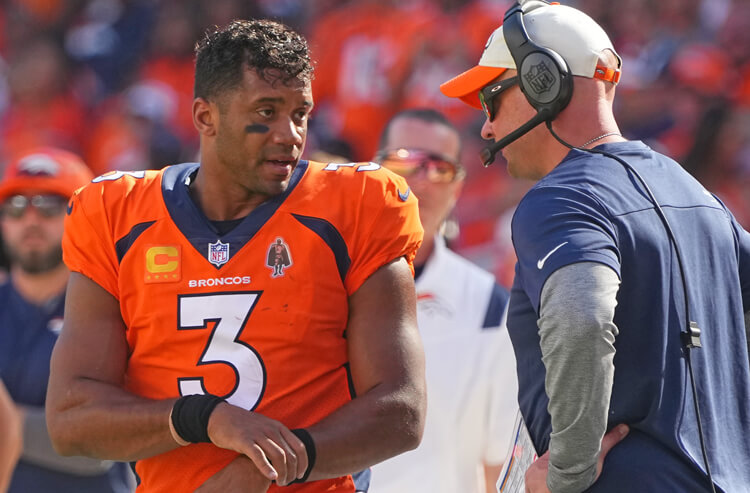